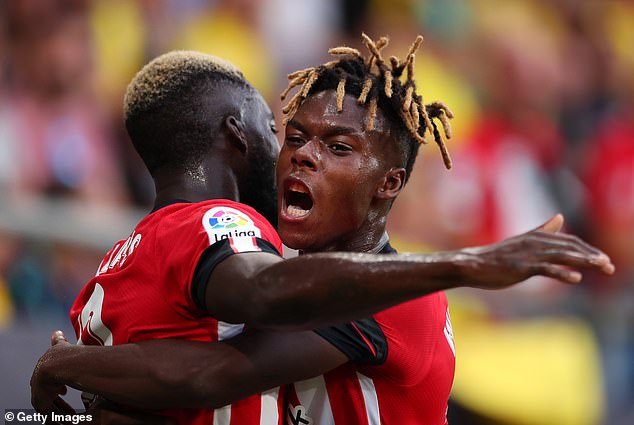 After yet another impressive win against Almeria this weekend, Athletic Bilbao display once again that they are good value for their rise up the table to the Champions League positions.

Brothers Inaki and Nico Williams both scored in a 4-0 encounter that saw the Basque club show that being the only European club signing solely local players is hardly a weakness.

Elsewhere, Osasuna held champions Real Madrid to a 1-1 draw, in a feisty affair that saw the underdogs go down to ten on 78 minutes, as they proved they are nobody’s pushover by moving up to sixth, while Eden Hazard was left out in the cold. 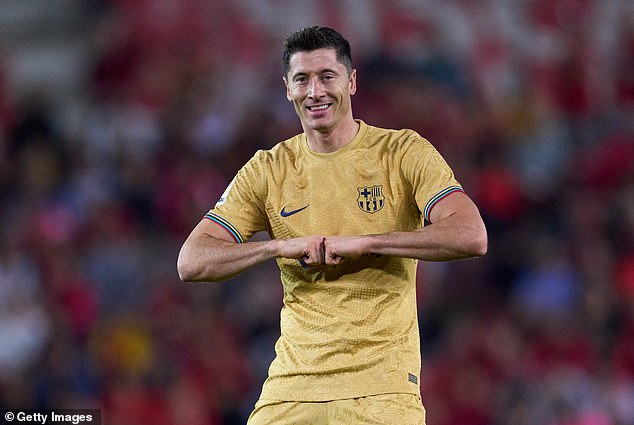 The only club in Europe who only sign local players, the antithesis of the worst excesses of modern football, Athletic are currently third and heading for the Champions League next season.

Such things might not happen if Florentino Perez gets his way and we end up with a Super League that has ‘permanent members’ not there on merit at the expense of those clubs who have earned their place on the pitch.

The fantastic Williams brothers are the reason why

Nico is 20 and heading for the World Cup with Spain. His brother Iñaki is 28 and also Qatar-bound, with Ghana.

They could even meet in the knockout stage, but for now they are just enjoying playing together in an Athletic side as good to watch as any in Spain right now. 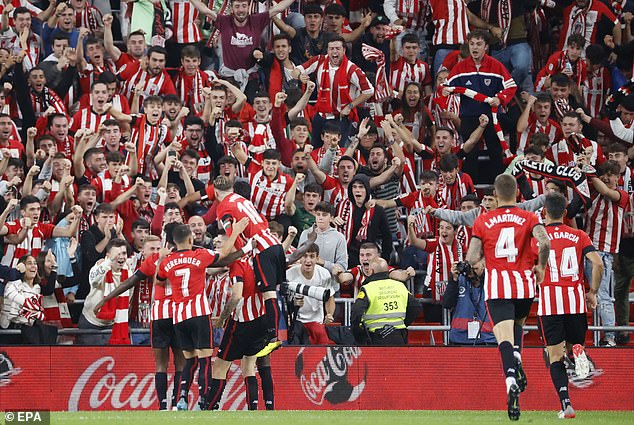 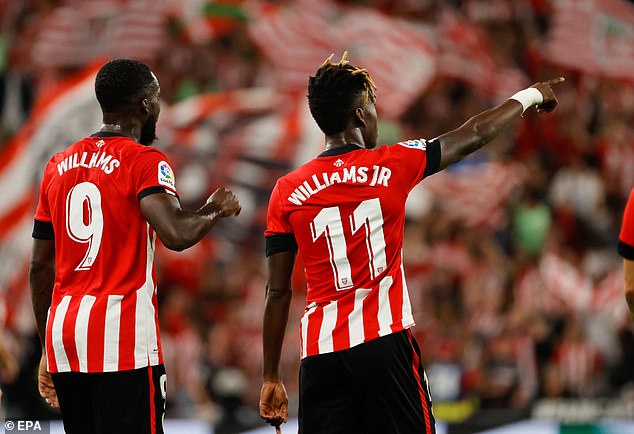 Xavi can win the bread and butter games

When John Toshack coached in Spain they loved his ability to translate basic football idioms into Spanish – ‘what are these bread and butter matches about which he speaks?’

Well this was a real bread and butter game for Barcelona coming off the back of an international break. They were not brilliant on the island of Mallorca but they did enough.

Three times since taking over Xavi has coached the team after an international break and each time they have won 1-0. This win took them top for the first time in two years. 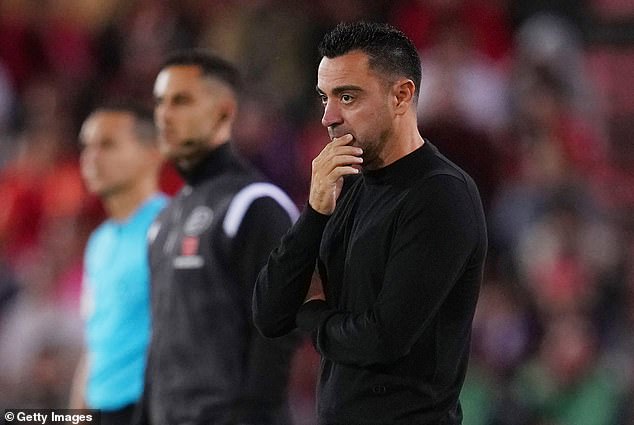 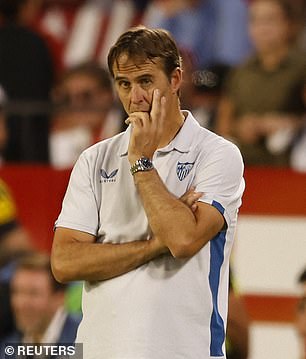 Julen Lopetegui’s job at Sevilla is under threat

Lopetegui is on the brink

From bread and butter to toast – although the fact that Julen Lopetegui was due to take training on Monday morning suggest complications in replacing him at Sevilla.

The list of possible replacements rumoured in recent weeks has been extensive and even included Mauricio Pochettino and Brendan Rodgers at different points.

The more probable option looks like being Jorge Sampaoli who was in charge in 2016 before taking over the Argentine national team.

Everything is easier with Lewandowski

His 12 goals in all competitions so far this season have included a few tap-ins – but his brilliant curling shot past Pedrag Rajkovic was a thing of beauty on Saturday.

Barcelona’s top scorer last season was Memphis Depay with 12 goals. Lewandowski is already there and we are only just in October.

Simeone goes back to basics… and it pays off

We all know he doesn’t want to play any other way, and on Saturday Simone went with 4-4-2 with four central midfielders in that quartet and a back four of defenders who want to defend.

Up front Matheus Cunha worked hard alongside Alvaro Morata and dropped back to make a fifth midfielder when the team did not have the ball.

It was like watching a Simeone side from five years ago and the 2-0 win over Sevilla was comfortable. 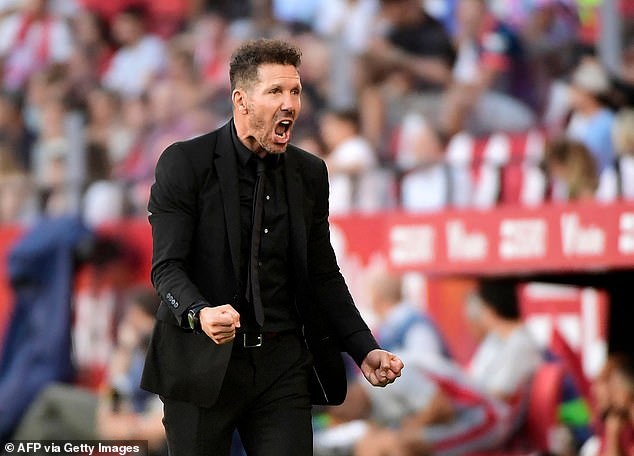 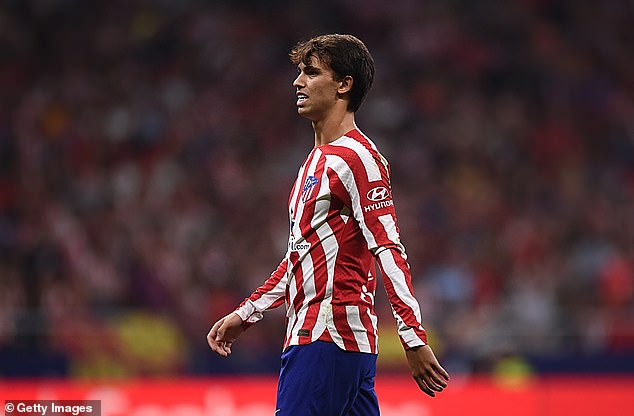 …but it leaves Joao Felix with a problem

He was on the bench as Simeone went back to basics. He came on three minutes from time, he was booked three minutes into injury time, and then went down the tunnel on his own while the team applauded the supporters in the middle of the pitch. 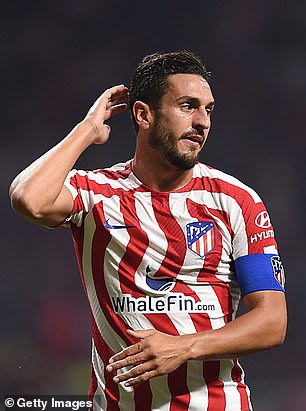 Nobody has played for Atletico more times than captain Koke

Koke cements his status as an Atletico legend

He became a fixture in the team that won two leagues and reached two Champions League finals.

He is a player’s player – something best summed up by his old team-mate Kieran Trippier: ‘Koke’s brilliant to play with,’ he said.‘He’s so honest, his work ethic is incredible.’

With former Middlesbrough striker Kike Garcia keeping up his happy knack of scoring against Madrid and Barcelona, and Osasuna’s Sergio Herrera keeping out his third Karim Benzema penalty in the space of a year, Jagoba Arasate’s team were a match for Madrid.

Two season’s ago they went 13 games without a win but never flinched keeping the coach in charge. The stability has reaped rewards.

They are up to sixth and look capable of keeping this up all season. 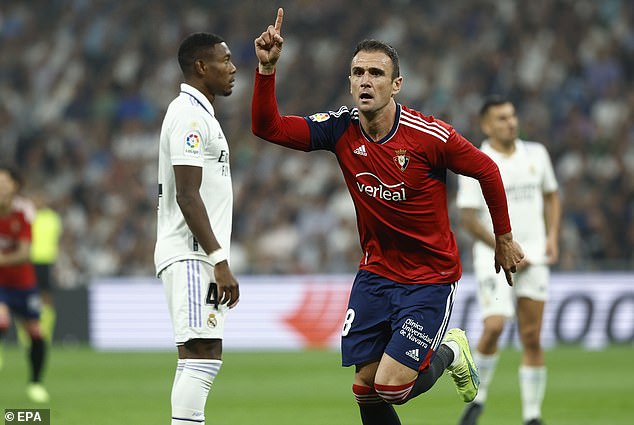 Hazard has become the invisible man

Carlo Ancelotti certainly didn’t seem to see him on the bench against Osasuna as the team went for a late winner.

He made his five changes and Hazard remained a spectator with Mariano Diaz thrown on as the last change with six minutes left.

After nine wins in nine Madrid tripped up at home and now trail Barcelona who are the next visitors to the Santiago Bernabeu. 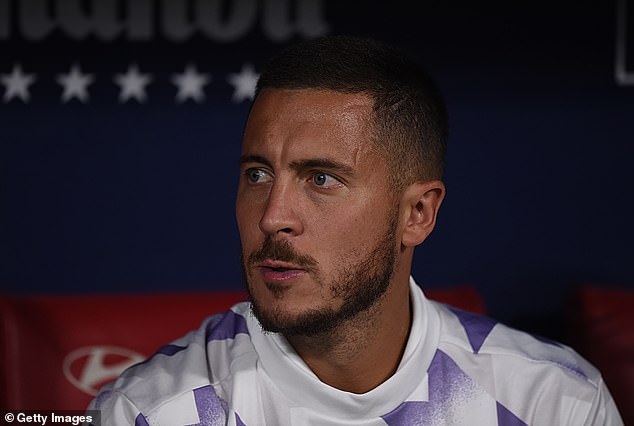