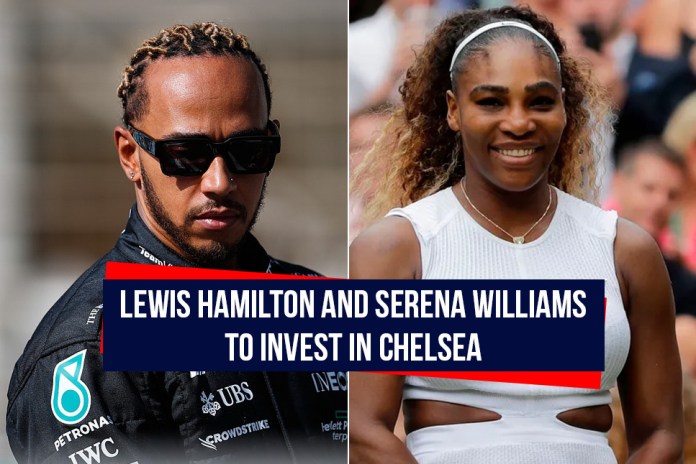 As per reports from Sky News, both Hamilton and Williams will be investing around £10million each and will be joining Sir Martin Broughton’s bid for Chelsea. Broughton was previously the chairman of Liverpool FC. Broughton has been speaking with the London Blues for the past two weeks.

The seven-time champion Lewis Hamilton has been a die-hard fan of Arsenal from his childhood. If Broughton ends up being the owner of Chelsea, then Lewis Hamilton will be making an effort to promote equality and diversity at the club.

Chelsea went up for sale after the UK government imposed sanctions on Roman Abramovic following Russia’s invasion of Ukraine. Following that, the Raine Group is overseeing the sale of the North London club. Broughton who has been a Chelsea fan is one of the few people who have bided their interest in buying the club.

BREAKING: Sir Lewis Hamilton and Serena Williams are committing millions of pounds to one of the bids vying to become the new owners of Chelsea Football Club.@MarkKleinmanSky has the latest.https://t.co/4Jm5hgXDVc

Last week Pagliuca said that Tanenbaum, who is owner of the Canadian company Maple Leaf Sports and Entertainment (MLSE), had become ‘co-managing partner’ of the bid.

The third bid has been submitted by Todd Boehly who is the owner of LA Dodgers.