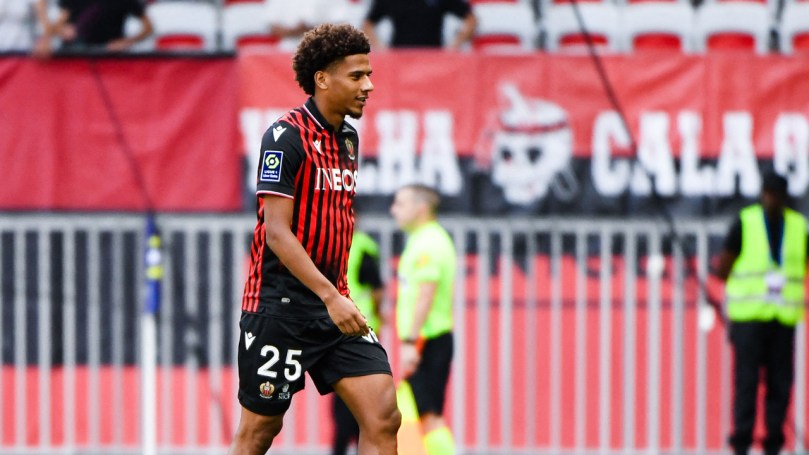 Ligue 1: Angers beat Nice- Nice defender Jean-Clair Todibo saw red after just nine seconds against Angers on Sunday, and that includes the four seconds it took referee Bastien Dechepy to pull the card out of his pocket. Follow Ligue 1 updates on InsideSport.IN

Sofiane Boufal kicked off for Angers and passed to Adrien Hunou. He found striker Abdallah Sima surging forward. Sima pushed the ball past Todibo who stuck out a leg and tripped the striker. The game was five seconds old.

Sima would have been in the clear on the edge of the penalty area. Dechepy sprinting up from half way did not break stride as he fished the red card out of his back pocket. After a video review, the decision that Todibo was the last defender stood.

Nice had not touched the ball before they were reduced to 10 men. Even though Boufal was later sent off, Angers won 1-0.

“I don’t think it was a red card,” said Nice coach Lucien Favre saying Dante and Jordan Lotomba were covering. “It was not a scoring opportunity.

“We would have won this game if we had played with eleven players.”

“An arbitrary decision that shocks me and condemns my team to start the match with a big disadvantage,” he wrote.

“The referees’ decisions at the start of this season are very questionable, even scandalous and I hope the LFP will do
something about it.”

Football statistics company Opta said it was the fastest red card since it started recording Ligue 1 stats in 2006.

The previous Ligue 1 record was 39 seconds by Maxime Spano of Toulouse against Lille in 2014.

While there have been players who collected red cards for becoming involved in scuffles as they came onto the field as substitutes, the fastest known red card from kick off was after two seconds for swearing in a Sunday league match in England in 2000.