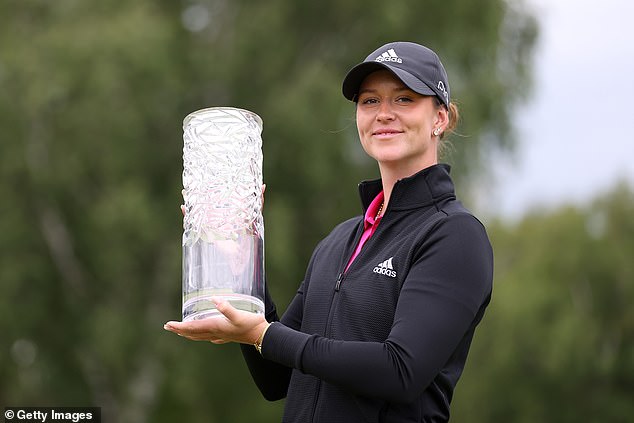 A female player has won an event on the European tour for the first time.

Linn Grant made history in amazing style, too.

The 22-year-old Swede obliterated a field of both male and female golfers at the Scandinavian Mixed event on Sunday, winning by nine strokes after an eight-under 64 in the final round at Halmstad Golf Club.

Remarkably, she finished 14 strokes clear of the next best woman, Gabriella Cowley, who placed tied for 15th.

Swedish great Henrik Stenson, who hosted the event with compatriot Annika Sorenstam, shot 70 and was tied for second place with Marc Warren (65).

Grant started the day with a two-stroke lead and birdied five of her first six holes, demonstrating the brilliant ball-striking and calm temperament she has displayed all week in southern Sweden.

She first took a nine-stroke lead after tapping in for birdie at the par-five 11th hole and made eight birdies in total, completing a bogey-free weekend and the week of her golfing life. 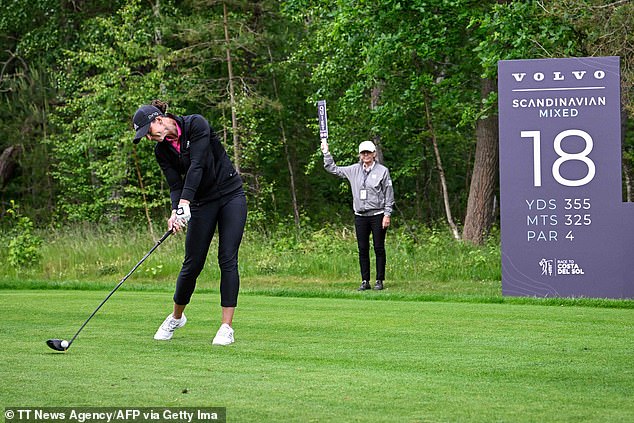 She ended with a score of 24 under par, nine strokes clear of Marc Warren and Henrik Stenson

It is the second staging of a tournament that started with 78 men and 78 women in the field, playing the same course – albeit off different tees – for one prize fund and one trophy.

Grant’s grandfather, James, was a Scottish golf professional who emigrated from Inverness in northern Scotland to Helsingborg in Sweden. 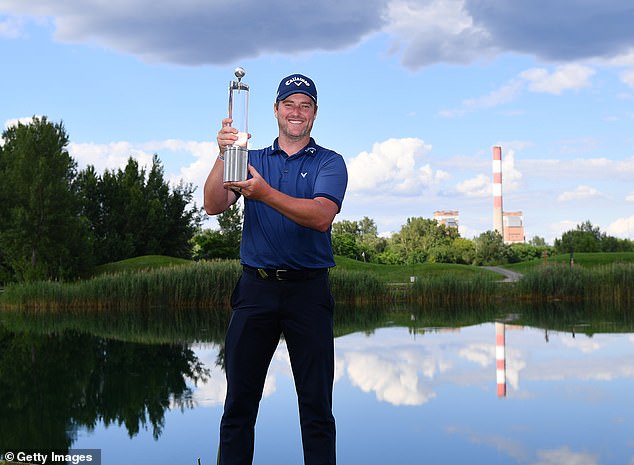 Grant turned professional last year and won events on the Ladies European Tour in March and May, marking her out as a star in the making.

In an on-course interview on the front nine, Grant said having those two wins under her belt made her feel calm going into the biggest round of her life.

Her boyfriend, Pontus, was her caddie this week and her mother was at the course and among those cheering Grant onto each green on a day of changing weather.

When asked if she particularly wanted to beat the men earlier this week, Grant told the DP World Tour website: ‘For sure – the most important thing! 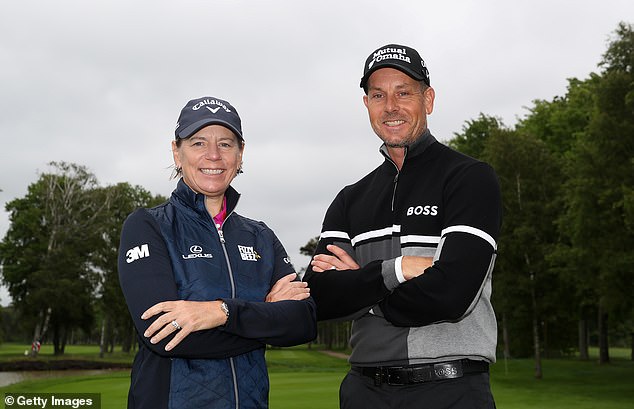 ‘It’s a nice feeling. All week I just felt like it’s the girls against the guys and whoever picks up that trophy represents the field.

‘Just playing at home and having the crowds here, my family by my side, boyfriend on the bag – it’s crazy and I’m proud of myself.

‘I just hope that people recognise women’s golf, more sponsors go to the LET and hopefully this pumps up the women’s game a little bit more.

‘Pontus has been amazing, keeping me calm and doing everything right.