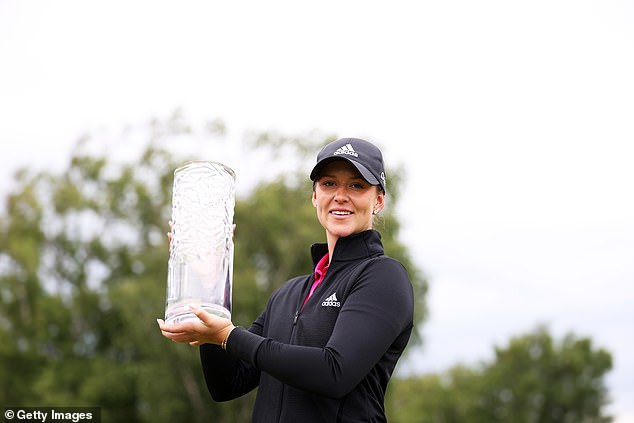 Maybe there is hope for the old game after all. Maybe there is a future out there that does not involve Saudi grubbiness and greedy players getting paid offensive sums of money for delivering bang average golf.

How perfect that it was a woman who pointed the way forward. You know, those second-rate citizens the Saudis like to subjugate and tell what they can and cannot do.

Nothing looked beyond the wondrous gifts of 22-year-old Linn Grant after she became the first woman to win on the DP World Tour with her victory in the Scandinavian Mixed in her native Sweden on Sunday.

I say win, but that hardly begins to do justice to her overwhelming nine-shot triumph. ‘She’s smashed the men completely,’ was the verdict of Jamie Spence on Sky Sports.

Detractors might care to point out she played off different tees and a course hundreds of yards shorter. But it is an argument that does not get beyond first base.

If the course was that easy for the women, why was the next best female — England’s Gabriella Cowley — in tied 15th, no fewer than 14 shots behind Grant? Then there is the things that are common to both sexes. Approach play. Game management. The short game. Most importantly, the four inches between the ears.

Grant, in her rookie season on the women’s tour, was playing in just her sixth event. Among the chasing pack was a former Open champion and Sweden’s greatest male player, Henrik Stenson. 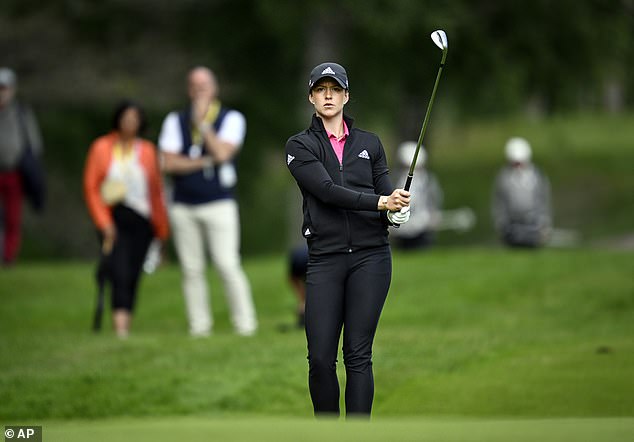 Thousands turned up to see if she would be able to preserve her two-shot lead. All the circumstances pointed to her going quietly. Instead, what unfolded was an epochal round of 64 that simply took the breath away. Grant, the granddaughter of a Scottish professional who emigrated from Inverness to Helsingborg, birdied five of her first six holes to take the tournament away from everyone else and render it a test of her nerve.

She coped so effortlessly, her performance drew comparison with the watching Annika Sorenstam, the greatest Swedish golfer of all. Only when it was over did Grant show signs of her age.

‘It’s great to beat all the men,’ she exclaimed. ‘All week I just felt like it’s the girls against the guys and whoever picks up that trophy represents the field.’

By the end she was representing her sport, providing a glimmer of light at the end of the most depressing week for the game since the 1999 Ryder Cup, and the bear-pit of Brookline.

We were promised a tournament that would cast a new light on the Royal and Ancient game and, far away from the St Albans cesspit, we got it in heavenly Halmstad. 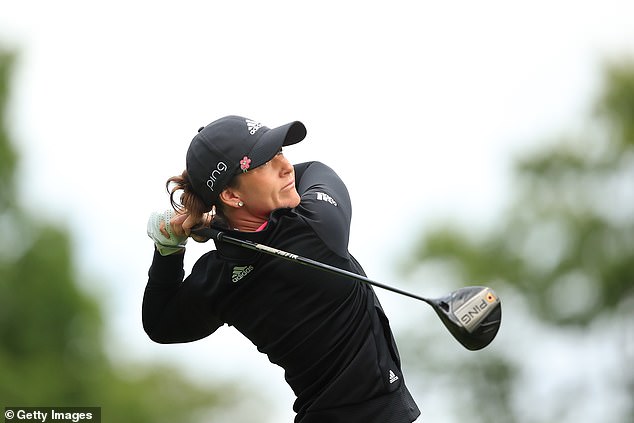 This was Grant’s third win in six starts. Her last one on the Ladies European Tour was worth €30,000. This was worth 10 times that. Not that it made much difference to her. You could have quoted Saudi money at her and her expression probably would not have changed.

In Canada on the PGA Tour, the green shoots of recovery continued at their national Open, and a leaderboard filled with names we can only hope the Saudis will never be able to buy. In other words, players at the top of the world rankings, with their best years still in front of them. 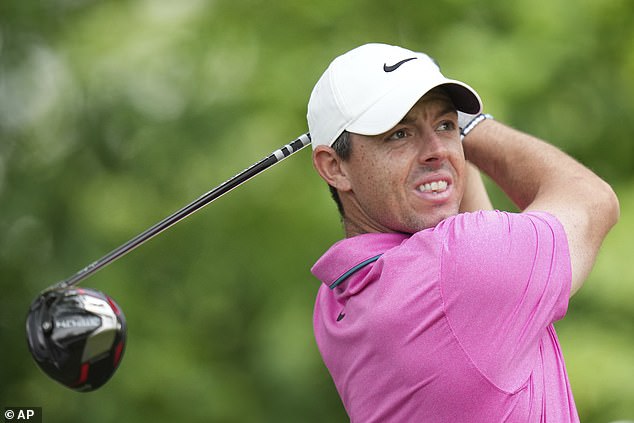 Rory McIlroy, winner when the event was last played in 2019, began tied for the lead with Tony Finau, but a blistering opening nine completed in just 29 shots took the Northern Irishman two in front of the American.

McIlroy had a different caddie on the bag, with former Ulster rugby star Niall O’Connor, now working for a private equity firm in New York, standing in for regular man Harry Diamond, whose wife is due to give birth to their second child.

Justin Thomas, the new PGA champion, kept stride by matching McIlroy’s outward half of 29 strokes to remain two behind. Justin Rose made the biggest move to finish on 14 under with a round of 60 — denied a 59 by a missed putt on the last.

The scintillating action was not only the perfect appetiser for the US Open next week. Following Grant’s stirring example, it roused the spirits and made you forget — if only for a day — the untold self-harm inflicted by the game’s civil war.