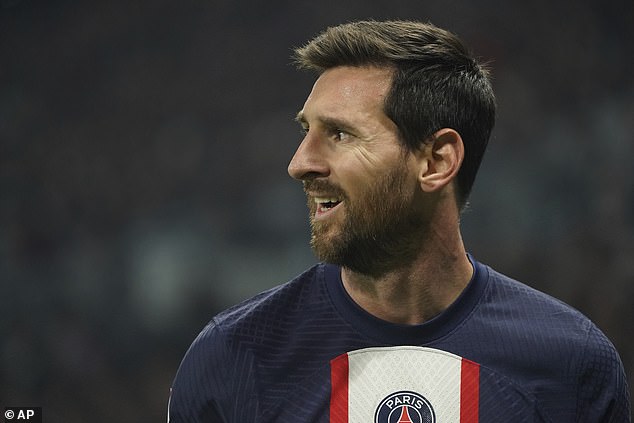 Lionel Messi has bypassed Cristiano Ronaldo in the rankings for the total number of goals scored without a penalty despite having played 150 fewer games.

The 35-year-old superstar scored for Paris Saint-Germain during their 1-0 victory over Lyon on Sunday evening.

As a result, Messi has now scored 672 non-penalty goals during his professional career. While, Ronaldo has scored 671. 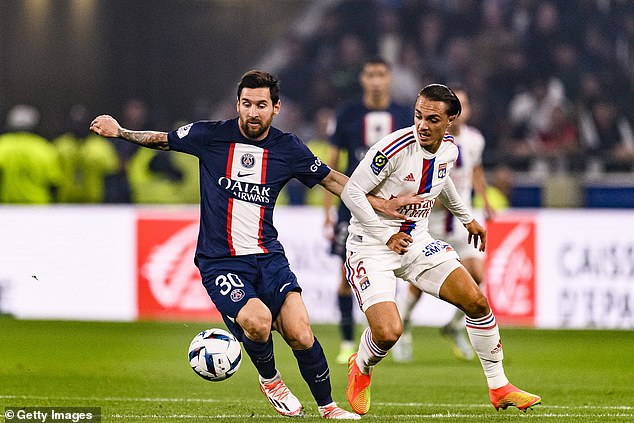 Messi scored PSG’s only goal in their Ligue 1 clash with Lyon. He found the back of the net in the fifth minute of the game to see them win 1-0.

As a result, Messi has taken his non-penalty goal tally to 672, trumping Manchester United forward Ronaldo by one.

Messi has also overtaken Ronaldo despite playing 150 fewer games than the Portugal international.

Ronaldo – who appears to be getting more and more frustrated at United – will be disappointed to lose another record to his rival. 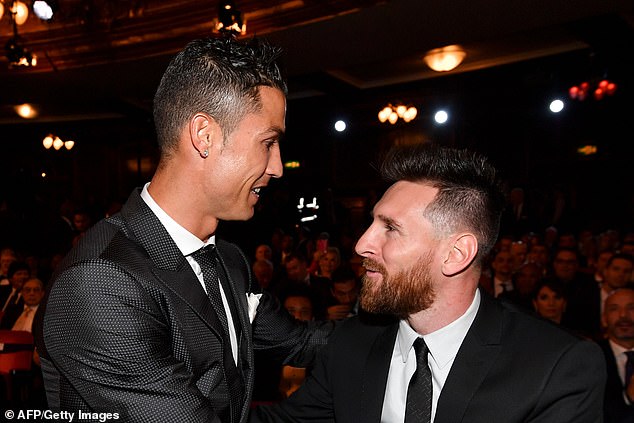 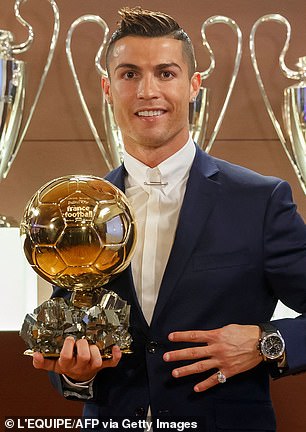 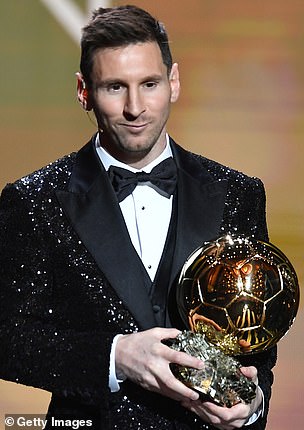 Nevertheless, Ronaldo has still represented his country more times than Messi has. The United forward has made 189 appearances for Portugal and has featured in four World Cups, five European Championships, one Nations League Finals and one Confederations Cup.

Meanwhile, Messi has made 162 appearances for Argentina – playing at four World Cups and six Copa America’s. However, he has only ever picked up one international trophy.

Ronaldo has also scored more goals in total. He has found the back of the net 699 times in 941 games in all competition for four different clubs.

Ronaldo has also scored more than 50 goals a season for six consecutive seasons for Real Madrid between 2010-11 and 2015-16. 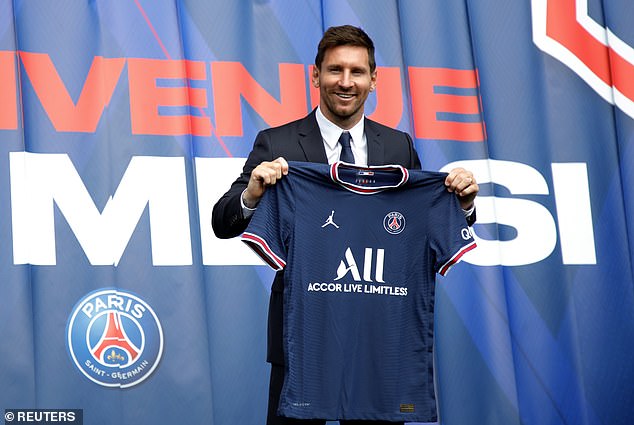 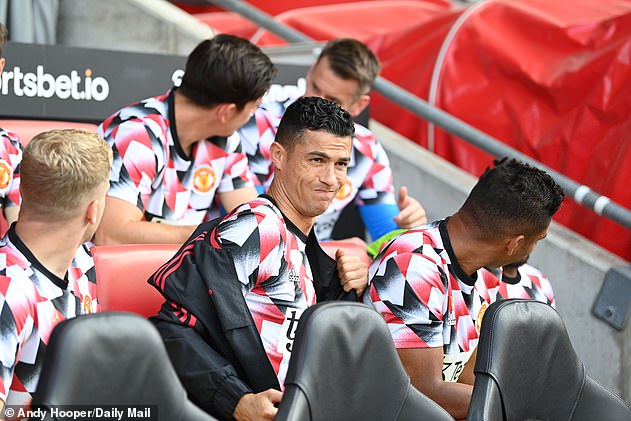 Meanwhile, Messi has scored 688 goals in 822 competitive games across all competitions for two clubs – Barcelona and PSG.

Nevertheless, Vitinha – who has played alongside both Messi and Ronaldo – has said that the two superstars are actually more alike than they may think.

Speaking to O Jogo, Vitinha said: ‘There are far more things that unite them than things that separate them.

‘They each have their own way of playing and their own characteristics, but the things that unite them are immense.

With 672 non penalty goals Messi sneaks ahead of Ronaldo having played 150 games fewer. The numbers these two post are nuts. https://t.co/2ikqrydubo

‘The will to always want more, without taking into account what they have already earned, is part of it.’

Messi and Ronaldo are both plying their trades at relatively new clubs. Ronaldo returned to Manchester United from Juventus in August 2021 and Messi joined PSG from Barcelona in August 2021.

United fans were delighted to hear Ronaldo would be returning to Old Trafford after 12 years away from the club.

His enjoyed a fairytale start to his second stint at the United – scoring twice against Newcastle last September.

Meanwhile, in Paris, Messi was struggling to adapt after his emotional exit from Barcelona. 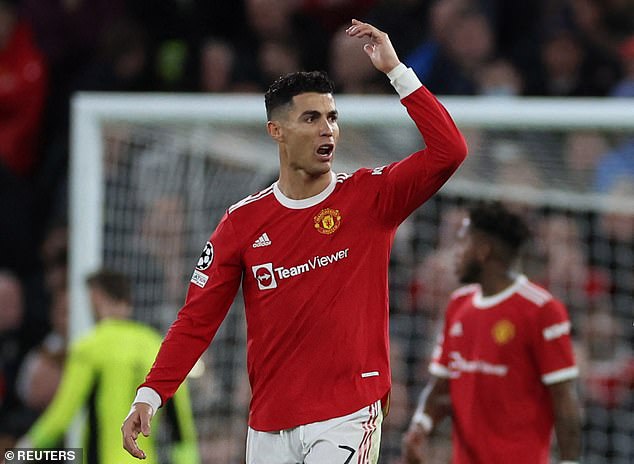 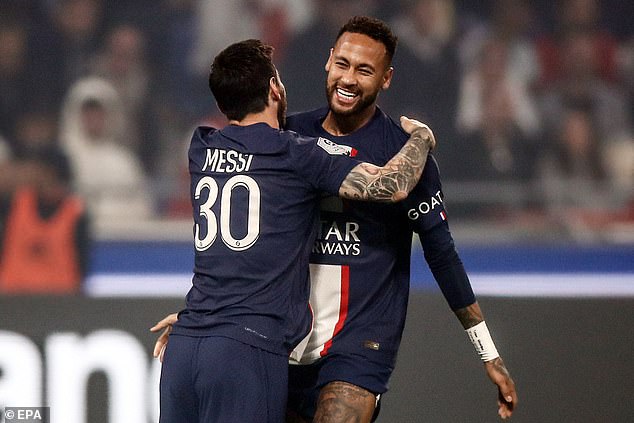 The Argentine superstar score just once in 11 Ligue 1 games and struggled to maintain his fitness.

However, things quickly changed. Messi began to thrive and Ronaldo found himself occupying the bench.

Messi went on to score five goals and registered 10 assists in 14 starts in Ligue 1. He had finally found his feet in the French top-flight.

Meanwhile, Ronaldo struggled for form under interim manager Ralf Rangnick. He scored once in seven matches across January and February.

Since then, Ronaldo has continued to struggle and has spent the majority of the 2022-2023 Premier League campaign on the bench under Erik ten Hag.

While Messi has continued to excel in the French top-flight, having now bypassed Ronaldo for number of non-penalty goals scored.