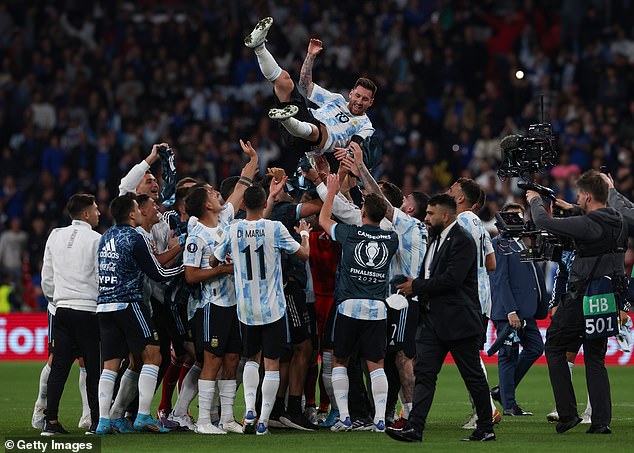 By Nathan Salt For Mailonline and Pa Reporter

Lionel Messi could not escape the grips of his team-mates as he was launched into the air in celebration to mark his man-of-the-match display at Wembley against Italy.

Two assists from the Paris Saint-Germain striker helped Argentina cruise to victory against the European champions.

Messi hailed Argentina’s ‘beautiful final’ after they downed Italy 3-0 to claim Finalissima success at a sold-out and partisan Wembley.

As he looked to celebrate with team-mates, he soon found himself trapped inside a circle and it didn’t take long before he was manhandled and tossed up in the air by team-mates as attention focused on one man. 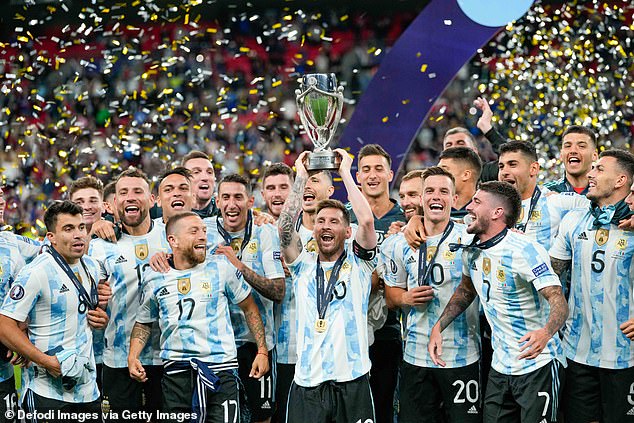 Goals by Lautaro Martinez, Angel Di Maria and Paulo Dybala helped Argentina win the third edition of the ‘Cup of Champions’ with the South Americans also successful in the 1993 match.

Wembley was full of sky blue and white with Argentinians enjoying their first trip to the new stadium having last visited in 2000 for a friendly at the old venue. 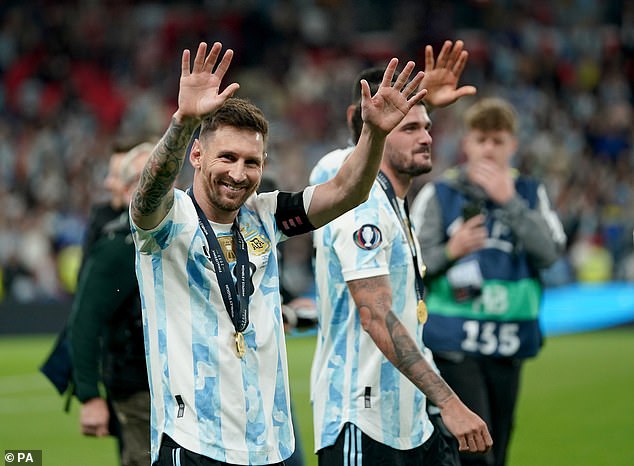 ‘It was a beautiful final, full of Argentines. What we experienced here was beautiful,’ Messi told reporters.

‘We’re here to fight anyone. Today was a nice test because Italy is a great team.

‘We knew it was going to be a nice match and a nice setting to be champion.’

Hope will build now that Messi still has plenty in the tank to launch an assault on the World Cup in Qatar this winter.

The Copa America champions are building up ahead of steam ahead of what could be a defining run to the end of the year for Messi and his team-mates.

Victory at Wembley, which boasted a largely Argentine crowd of 87,112, means Messi and Co are unbeaten in their last 32 matches.

They have not lost since June 2019 having cruised through the Copa America and World Cup qualification, making themselves as one of the favourites for Qatar. 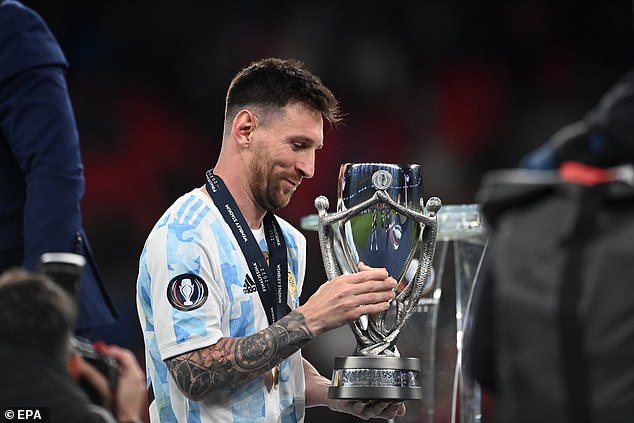 While it was Messi finishing the night with a smile, the same could not be said for Italy’s Giorgio Chiellini, who was run ragged for one half trying to contain Messi.

Chiellini was playing his part in his final match for Italy before easing aside into international retirement.

‘We knew it would be difficult tonight. Naturally, we hoped to win a trophy, but that won’t cancel out what we achieved in the past,’ Chiellini told RAI Sport in defeat.

‘As I said in the press conference the other day, I expect a difficult period, we are looking at the changeover of an era and I hope all of Italy can stand by this squad, because it will need their support.’