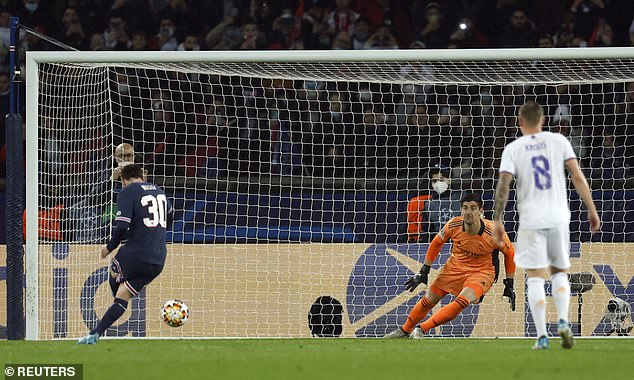 ‘Messi is 35 in June… we should probably lower our expectations’: Gary Lineker says PSG superstar cannot maintain his high standards forever as he has penalty SAVED by Thibaut Courtois in Real Madrid defeat

Lionel Messi blew a golden opportunity to open the scoring for PSG against Real Madrid as his penalty kick was saved by goalkeeper Thibaut Courtois.

The clash of the Champions League titans was deadlocked at 0-0 when seven-time Ballon d’Or winner Messi had a chance from the spot.

Yet Courtois guessed right and saved well down low to his left – but ultimately, PSG take a one-goal lead into the second-leg courtesy of Kylian Mbappe’s stoppage-time winner at the Parc des Princes. 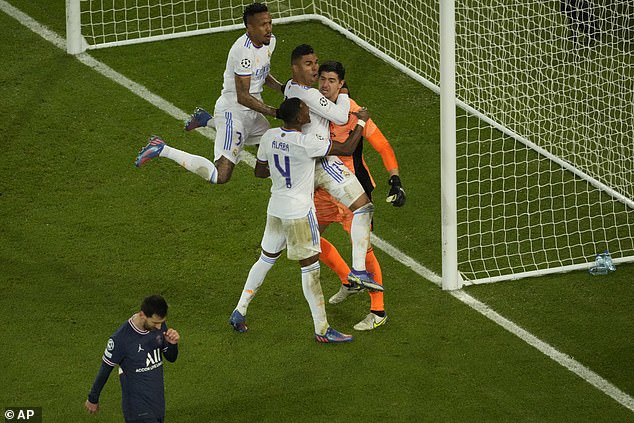 The hosts dominated the large majority of the match but were frustrated by the Spanish giants in Paris.

Yet when Dani Carvajal brought down Mbappe in the box, the responsibility was with Messi to give the Parisians the lead with just after an hour on the clock, but Courtois saved brilliantly.

Messi also had a chance from a free-kick but whipped the set-piece wide of the post and it looked to have cost PSG, until the final seconds.

Former England international and Match of the Day presenter Gary Lineker put the miss in perspective, saying: ‘Messi is 35 in June. Ronaldo has just turned 37. We should probably lower our expectations. 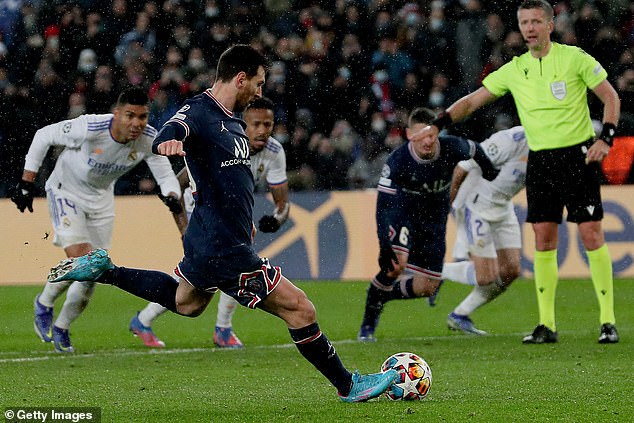 ‘They still do wonderful things, but not even these footballing Gods can defy father time forever.’

Meanwhile, for Messi, PSG and the Champions League crown they so badly crave, the second-leg of this last-16 tie is at the Bernabeu on March 9.