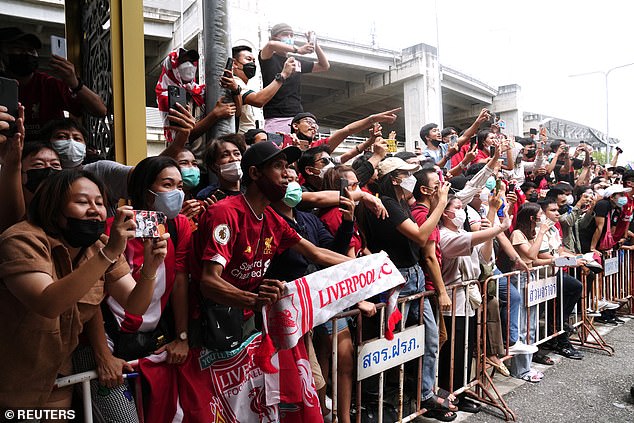 Liverpool are swarmed by supporters as they touch down in Thailand, with Mo Salah and Darwin Nunez among the superstar names involved as Reds prepare for huge Manchester United pre-season friendly

Liverpool were greeted by hundreds of fans as they arrived in Bangkok for their first pre-season game earlier today.

Crowds gathered in the Thailand capital to greet the likes of Jurgen Klopp, Virgil van Dijk and Thiago with the Reds set to play Manchester United at the Rajamangala Stadium on Tuesday.

Some members of the travelling Liverpool party could be seen waving back to the fans, who wore shirts and carried signs greeting the six-time European champions as they left the airport. 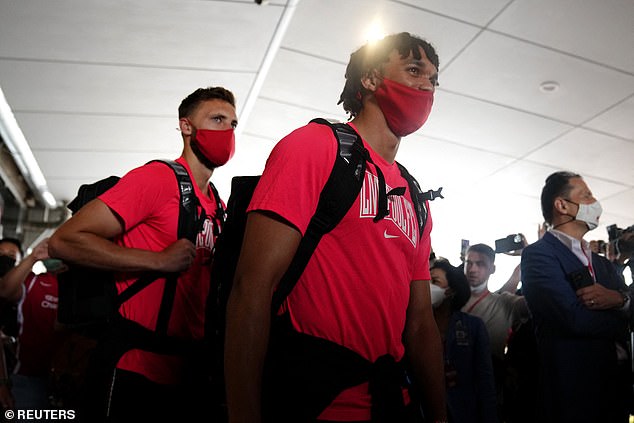 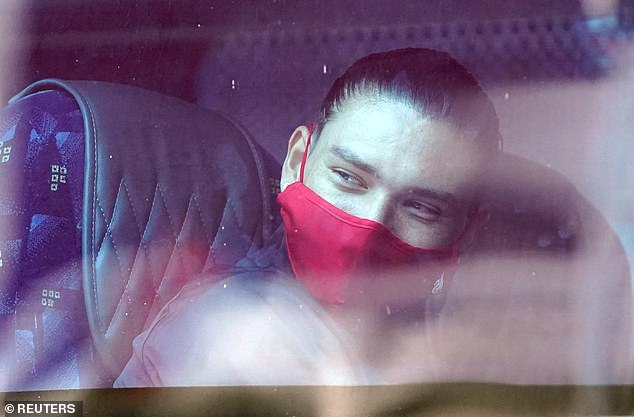 New big-money signing Darwin Nunez was spotted on the coach, as well as star man Mo Salah, who recently signed a new deal to remain at the club after uncertainty over his future.

The Reds confirmed a 37-man squad for the trip to Thailand and then Sinapore earlier this morning, with several familiar faces named for the visit. 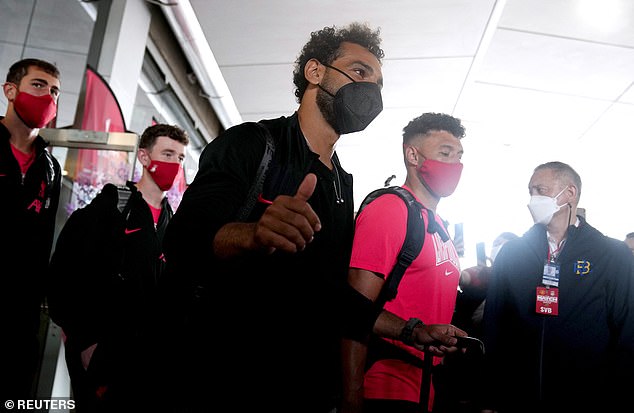 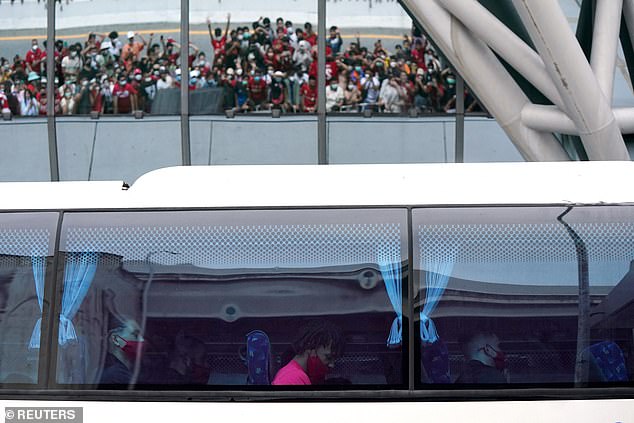 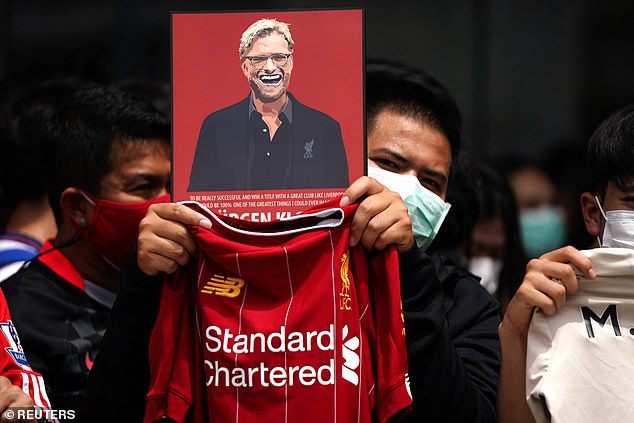 Signs and shirts were held aloft as the team arrived, with manager Jurgen Klopp celebrated

There were however a few notable names missing from the list, including reserve goalkeeper Caoimhin Kelleher, new right back Calvin Ramsay and teenager Kaide Gordon.

Neco Williams, for who Liverpool have accepted a £17million offer from Nottingham Forest, also misses the trip, as well as defender Ben Davies.

After facing rivals United, Liverpool will travel to Singapore to face Crystal Palace to contest the the 2022 Standard Chartered Singapore Trophy.

The Reds players and staff will also explore local community projects and cultural activities whilst in Asia.