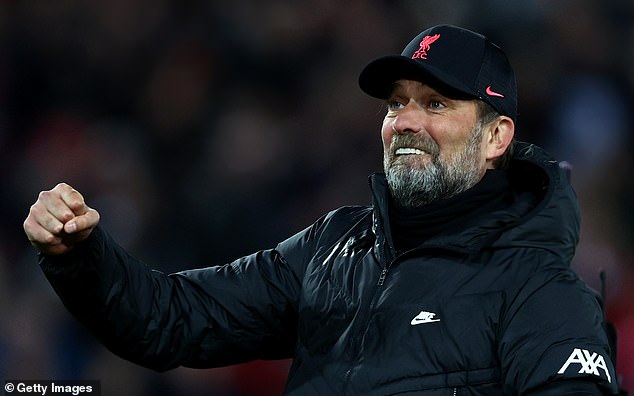 Jurgen Klopp admits he will ‘MISS’ the Merseyside derby if Everton go down, as Liverpool look to keep their title hopes alive with victory over relegation-threatened rivals in high-stakes Anfield showdown

Liverpool boss Jurgen Klopp insisted he would miss the Merseyside derby next season if Everton fail to survive their relegation battle.

The Reds face the Blues in an intense derby at Anfield on Sunday with stakes high for both teams.

Klopp’s quadruple-chasing side will look to keep within one point of Manchester City as the title race continues its dramatic final stretch, while the Toffees desperately need three points to survive to see another season in the Premier League.

The two Merseyside teams have constantly been locked in a bitter rivalry and Klopp admitted he would miss the Blues if they were relegated at the end of the season.

When asked if he would miss the Merseyside derby ahead of Sunday’s clash, Klopp replied: ‘Of course.  I think we’re all used to having to teams in the city.

‘Playing United the other night makes it different, usually the full week before you play Everton there are full talks about the derby.’ 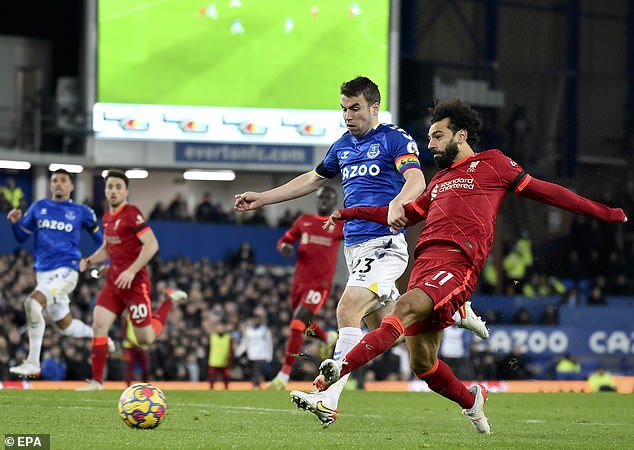 Liverpool thrashed their local rivals 4-1 in the reverse fixture at Goodison Park in December as Mohamed Salah bagged a brace and captain Jordan Henderson and Diogo Jota were also on target.

Despite a lot riding on this week’s Anfield showdown, the Reds boss insisted that the derby was no more important than usual.

‘Derbies have never lacked intensity,’ he said. ‘I love that, but in the rulebook and not over the top like in the old times, let me put it like this.

‘We play games after the derby, all of us, we should not forget that. It’s always very intense. This one is important for both.

‘I can’t remember a derby where it wasn’t important for us. I don’t know where we’d be without the points (against Everton), or the ones we didn’t get last season when we lost.’ 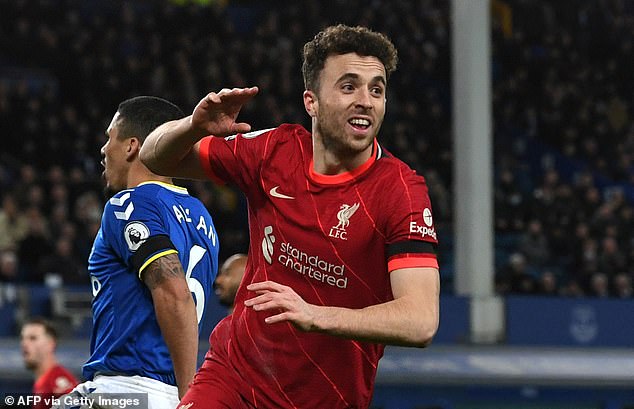 The Reds humiliated their other bitter rivals, Manchester United, on Tuesday as they ran riot at Anfield to a 4-0 triumph, after beating the Red Devils 5-0 in the reverse fixture.

Liverpool will be looking to stay hot on the heels of Pep Guardiola’s table toppers with six league games remaining, while they also face Villareal in the Champions League semi finals and Chelsea at Wembley for the second time this season in the FA Cup final.

But Klopp insisted his focus is solely on this weekend’s fixture. He said: ‘We don’t think about the other games. 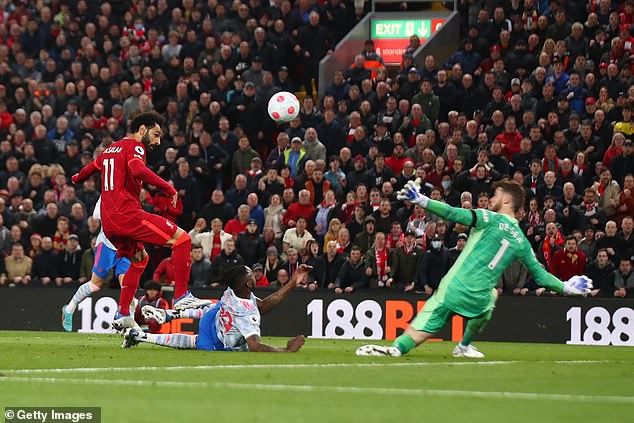 ‘(Derby) It’s a big one historically, no need to think about any others. We will proper analyse Everton and make a game plan.’

As the Reds continue their historic quest for the quadruple, the German claimed he never expected his side to be in that situation.

‘This is a situation we didn’t expect to be in, we have never been in it before,’ he added. ‘It’s incredibly tough.

These moments we all love what we do when you win a big game in the manner we won, but it’s true – we love the situation. We have won one competition, three others to go.’