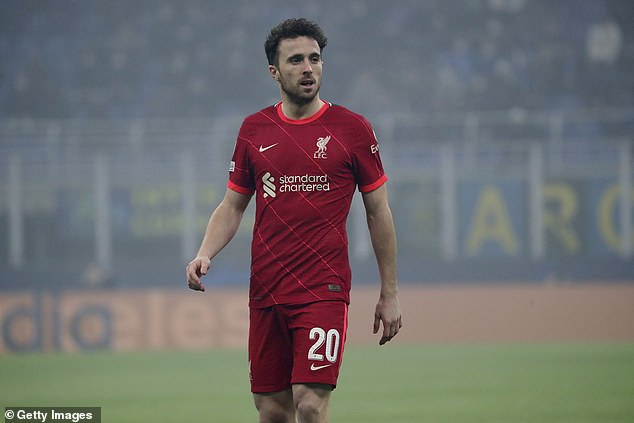 Diogo Jota is facing a race to be fit for the Carabao Cup final after damaging his ankle in Liverpool’s latest Champions League success.

Jota was replaced at half-time against Inter Milan and Roberto Firmino, his replacement at the San Siro, scored the opening goal in a 2-0 win. Liverpool manager Jurgen Klopp said afterwards the Portugal international had taken ‘a proper knock’ and the joint was swollen.

Liverpool stayed in Milan on Wednesday after the game – usually they would fly straight back to Merseyside – due to the difficult weather conditions and Jota went for a scan on Thursday morning before boarding the plane home. 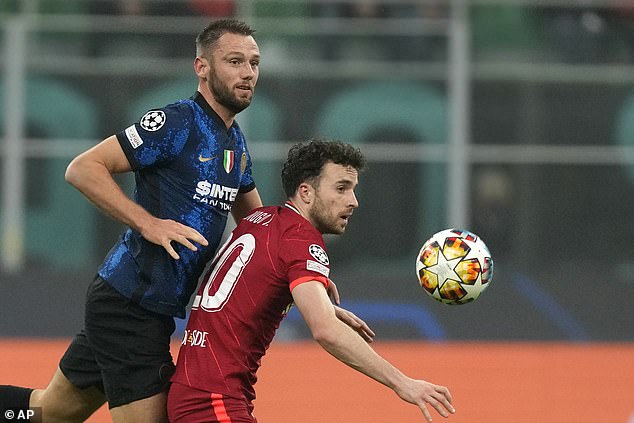 There is a concern that Jota has suffered some ligament damage – Klopp explained that the former Wolves man had ‘twisted’ his ankle – and, as a precaution, his foot has been placed in a protective boot and he will not figure against Norwich at Anfield on Saturday.

It is doubtful that he would be ready for next Wednesday’s rearranged game against Leeds, either, but Liverpool will not rule him out of the big clash at Wembley against Chelsea as Jota has shown himself to be a quick healer.

The best case scenario for Liverpool would be that Jota has suffered an injury similar to the one Alex Oxlade-Chamberlain sustained against Brentford last month; he hobbled off with ankle damage but seven days later was fit enough to feature against Crystal Palace. 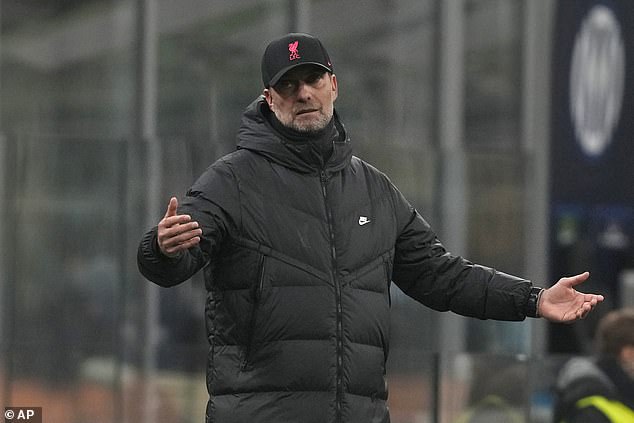 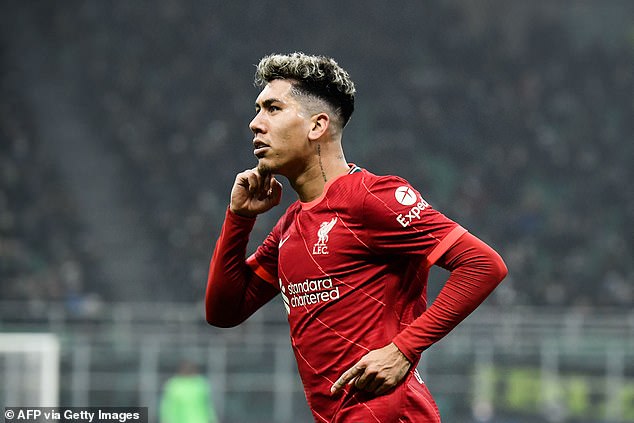 Jota’s absence this weekend will, in all likelihood, present an opportunity for Luis Diaz to build on his encouraging start for Liverpool following his £37.5million move from Porto; his 30-minute cameo against Inter was one of the reasons Klopp’s side were able to transform the tie.

‘We have played to arrive at this moment and have the chance to play these kind of games,’ Thiago Alcantara, the influential midfielder, said. ‘We were waiting for these kind of games and we were ready for that all this season so we are glad to be here.

‘The pitch didn’t help both teams physically and we [had] a bit of heavy legs in the second half, and then came the fresh legs inside: great people, technical people, so after that we controlled even more the game.’