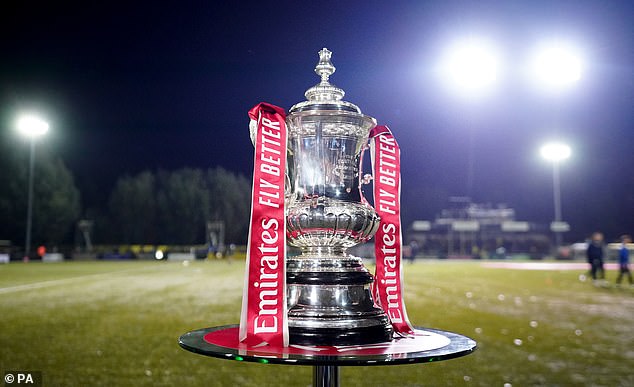 Liverpool, Chelsea and Manchester City will all face lower-league opponents in the fourth round of the FA Cup, while West Ham travel to face Kidderminster, the lowest-ranked team left in the competition.

City welcome Fulham, currently third in the Championship, while Liverpool host Cardiff City, who are 20th in English football’s second-tier.

Chelsea, meanwhile, will play at Stamford Bridge for the second consecutive round as they host  Plymouth Argyle, currently sixth in League One.

In what is arguably the tie of the round, West Ham travel to the West Midlands to take on Kidderminster.

The Harriers beat Reading 2-1 on Saturday and are the lowest-ranked team left in the competition.

Boreham Wood, the only other non-league side left in the competition, will travel to Bournemouth after beating AFC Wimbledon in the third round, while Cambridge United’s reward for knocking out Newcastle is a home tie against Luton Town. 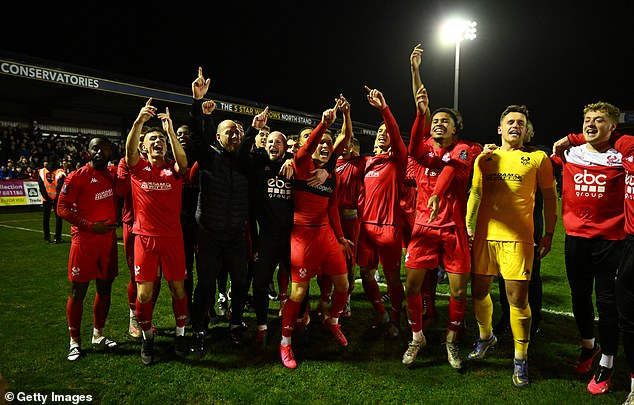 Kidderminster, the lowest-ranked side left in the FA Cup, will host West Ham 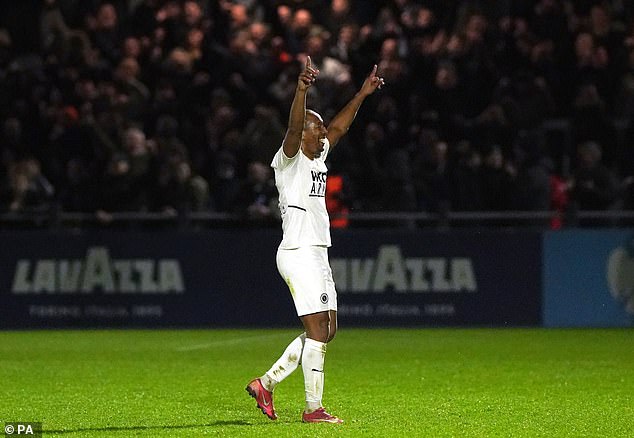 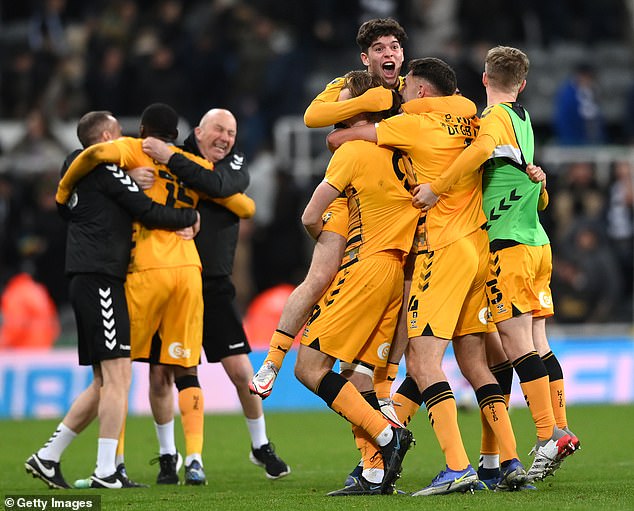 Holders Leicester City will play away against the winner of the tie between Nottingham Forest and Arsenal, while either Manchester United or Aston Villa will host Middlesbrough.

Everton host Brentford, Wolves are at home to Norwich and Tottenham welcome Brighton in a trio of all-Premier League ties, while Stoke are at home to Wigan.

Southampton welcome Coventry, while Crystal Palace host Hartlepool and Peterborough face QPR at home with an all-Yorkshire derby between Huddersfield and Barnsley completing the picture.

The FA Cup fourth round is scheduled to be played over the weekend between Friday, February 4 and Monday, February 7.