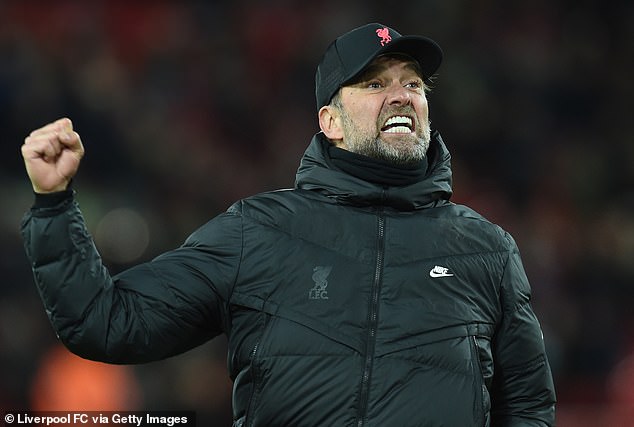 Over to you, Pep: Jurgen Klopp plays down Liverpool’s title chances after 6-0 drubbing of Leeds by saying he fully expects Man City to go six points clear again this weekend when they face Everton, with Reds in Carabao Cup final

Jurgen Klopp again downplayed the significance of Liverpool’s winning run and said he expects Manchester City to re-establish a six-point lead in the title race this weekend.

Pep Guardiola’s side were 14 points clear of Liverpool – who had two games in hand – on January 15 but that gap is now down to three after Klopp’s side thrashed Leeds 6-0 – a scoreline that enabled Liverpool to better City’s goal difference.

Liverpool face Chelsea in the Carabao Cup Final on Sunday but, before then, City face Everton at Goodison Park. 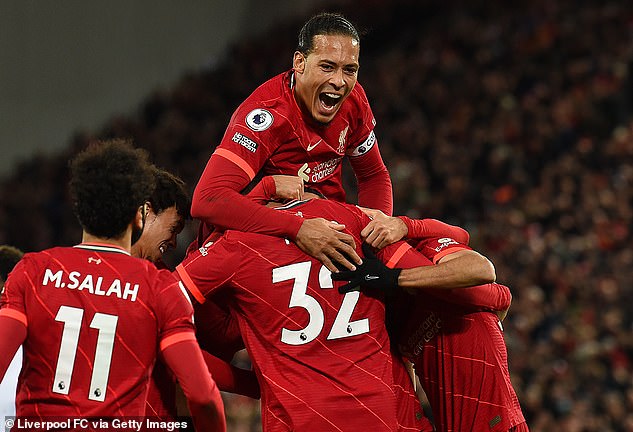 Klopp is enjoying the football his team are playing but he doesn’t feel it stands for anything at this point of the campaign.

Klopp said: ‘We go on the front foot, but honestly we don’t chase City, we try to win all games, and the thing is now, we have the cup final at the weekend, and City play, I don’t know quite who but they will probably win this game then it is six points again, before we play the next league game.

‘And I’m not sure if we play the next game after that, before them or after them, so it might be nine points again all of a sudden. So we don’t have to count these kind of things, we just have to win our football games.’ 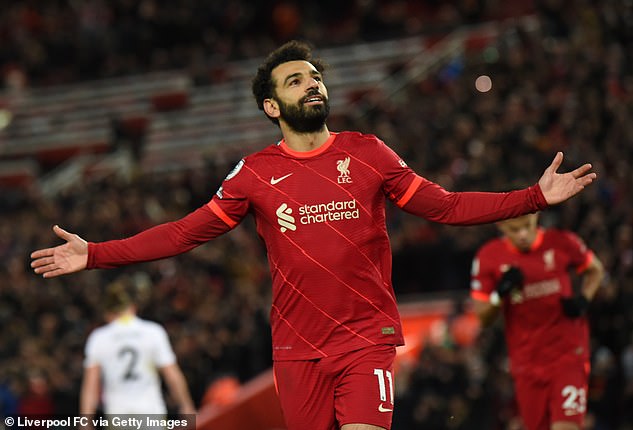 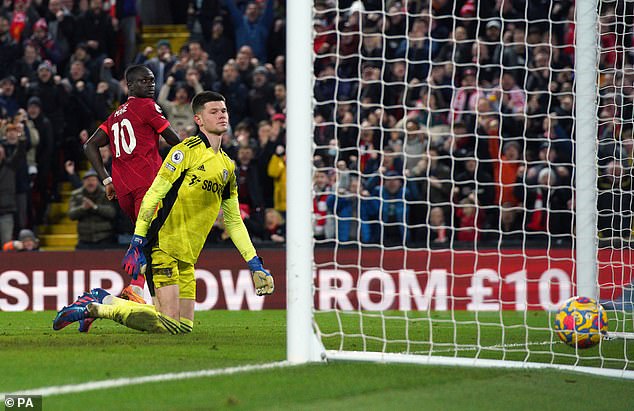 What Klopp didn’t appreciate was that Liverpool play first on the first weekend of March, against West Ham at Anfield, and if City were to lose at Goodison Park, it would mean the Anfield club could go top before the Manchester derby on March 6.

‘As much as I loved the goals we scored, I loved the clean sheet just as much,’ said Klopp. ‘Everything we do is based on a top organised defensive performance. Without that we are just a good football team – with that we can be a successful football team.

‘I like the determination we showed again tonight the commitment the boys showed, it is an interesting period of the season coming up definitely, we play the final of the EFL Cup, then West Ham I think.

‘So many things can happen until then, we just have to stay really focussed and go for it with all we have.’