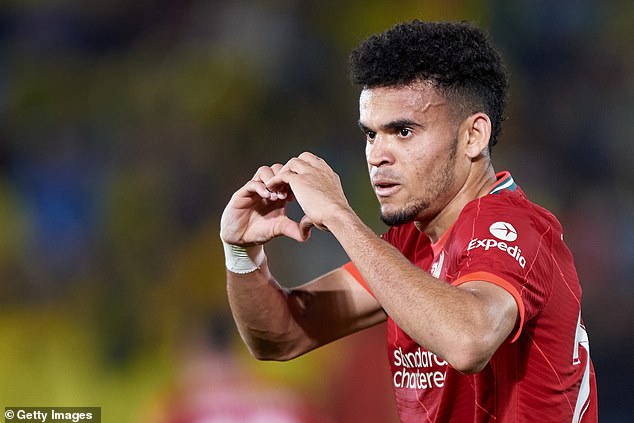 ‘Fantastic’ Luis Diaz ‘was a complete game-changer’ after coming at half-time in Liverpool’s comeback win at Villarreal, says Peter Crouch… as he and Michael Owen insist Colombian has to start Champions League final

Luis Diaz is a nailed on starter for Liverpool’s Champions League final later this month after excelling in their semi-final second-leg win over Villarreal, according to Peter Crouch and Michael Owen.

Taking a two-nil lead into the second leg in Spain, the Reds found themselves pegged back on aggregate at half-time on Tuesday night – with goals from Boulaye Dia and Francis Coquelin.

This saw Liverpool boss Jurgen Klopp tweak his tactics with Diaz replacing Diogo Jota in their attack at the break.

Luis Diaz will start for Liverpool in the Champions League final, believe Peter Crouch and Michael Owen – after his brilliant cameo against Villarreal in the semi-final second leg 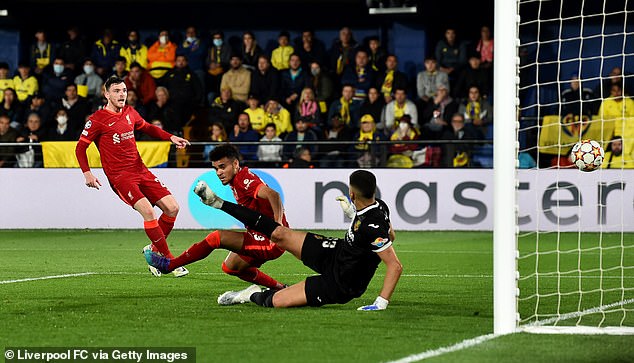 And Diaz’s introduction proved a masterstroke as his abundance of pace and tricky wore down the Villarreal defence. The Colombia international was also on the scoresheet as Fabinho, he and Mo Salah scored to see Liverpool advance 5-2 on aggregate.

Speaking about the January signing’s impact, Crouch and Owen were effusive in their praise for Diaz.

‘He was fantastic. The moment he came on he was getting at players. He was a complete game-changer,’ said Sportsmail columnist Crouch on BT Sport.

‘In the final, he starts. He’s come in and invigorated the whole dressing room. I spoke to Jurgen Klopp about him and he says he enjoys his football every day.’

Owen echoed Crouch’s sentiments, stating: ‘I have never seen a player hit the ground running like him. Playing in different leagues, not speaking the language.

‘To pick up the way Liverpool play so quickly is unbelievable. He’s starting the final for sure.’ 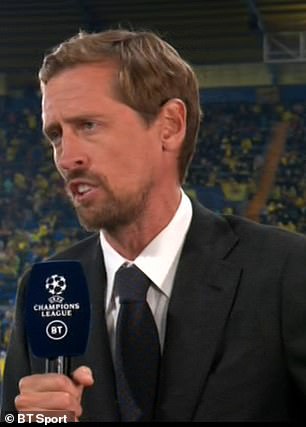 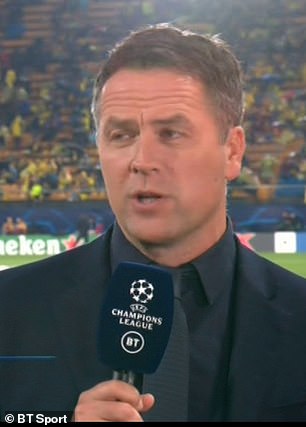 Diaz joined the Anfield outfit from Porto in January in a deal worth an initial £37.5million. And while he’s only been in England for a few months, Rio Ferdinand believes he has been the signing of the season.

‘Diaz was the difference maker, he said. ‘His ability to go one verus one. He came on and was mesmeric. His dribbling, how he unnerves defenders, his trickery.

‘He’s a fabulous player and one of – if not the – signing of the season for me.’

It wasn’t just the BT Sport pundits who hailed the 25-year-old – as his team-mates Andrew Robertson and Virgil van Dijk spoke positively too.

‘He’s been special. We’ve helped him as much as we can. We’ve tried to get him up to speed. He is a special player, he fits us perfectly with his will to win,’ said Robertson.

‘The way he goes one versus one is amazing,’ added Van Dijk. ‘It doesn’t matter who he is against, he just goes at them. If he loses the ball he wins it right back and goes again. It’s very hard to defend against.’ 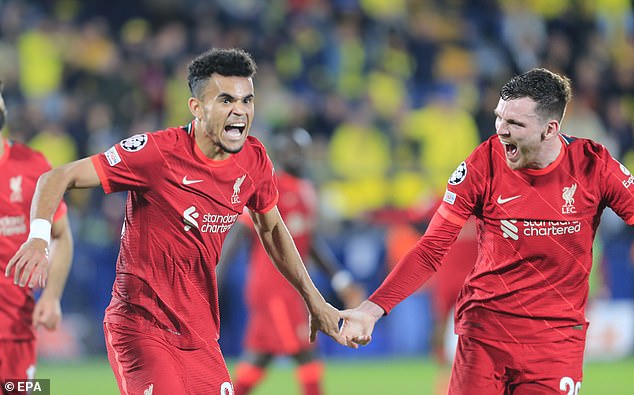