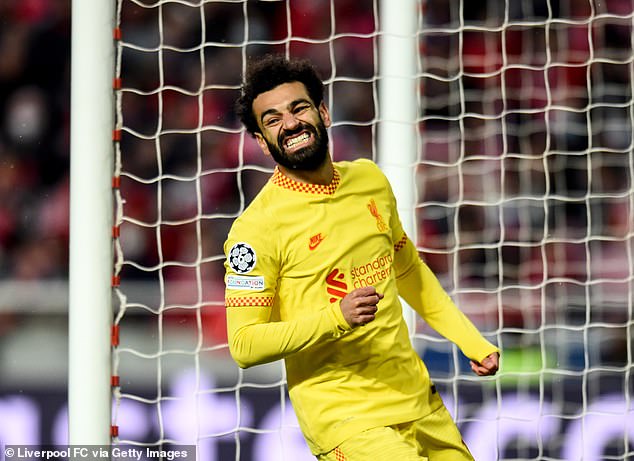 ‘I can’t say yes, I can’t say no’: Mohamed Salah refuses to be drawn on Liverpool contract stand-off as fresh doubts emerge over the Egyptian star remaining at Anfield

Mo Salah says his contract stand-off with Liverpool is sensitive — and he cannot say whether it will be resolved or not.

Salah, who is out of contract in June 2023 and is believed to be looking for a new deal worth more than £400,000 a week, says his situation is not affecting his form and does not want to put a shadow over Liverpool’s Quadruple bid.

With 20 goals this season, Liverpool’s leading scorer will carry the fight to Manchester City tomorrow as Jurgen Klopp’s side seek a win that will make them favourites to take the Premier League title. 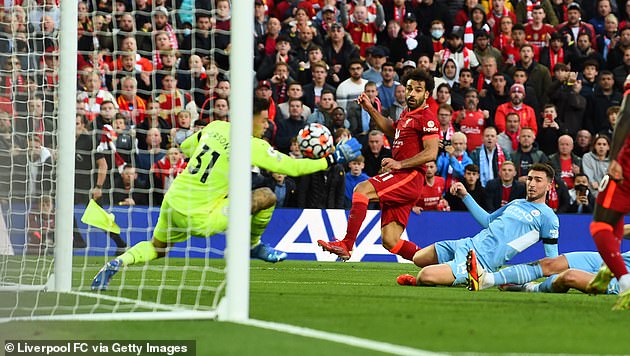 Back in October, Salah scored a stunner against Manchester City in a thrilling 2-2 draw

In an interview with Sky Sports, the Egypt international confirmed that although talks have been ongoing there is no sign that both parties will reach an agreement.

‘Honestly, what I can I say?’ Salah said. ‘There are many things people don’t know about. I can’t be selfish now and talk about my situation.

‘We are in the most important period for the team so I have to just talk about the team, focus on what’s coming and that’s the most important thing. That’s all I can say. Hopefully we can be optimistic and see what’s going to happen.’ 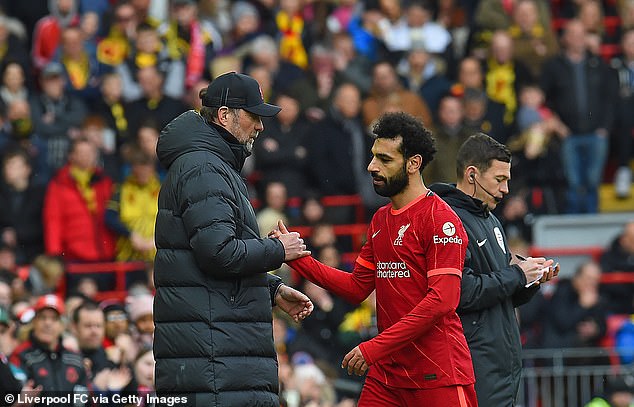 Asked if he was confident things would get sorted, Salah replied: ‘I can’t say yes and I can’t say no. I’ve said many times before that’s what I want. I can’t go deep in the contract right now because it’s a really sensitive situation.

‘For the team to win I can’t just go on the news and talk about my contract. I just focus on the team and that’s it.

‘I talk to the manager from time to time, I’m very professional. I’m not bothered about contract talks. I’m just focusing on the team and giving everything for the club.’ 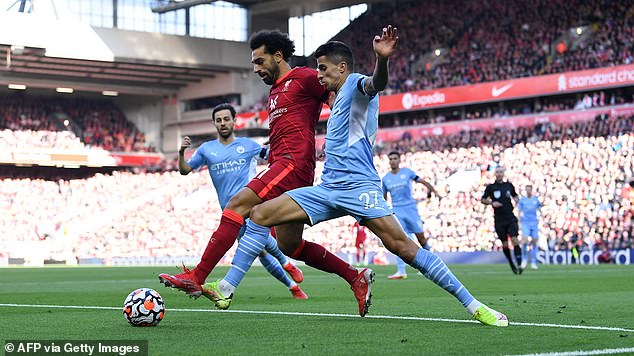 Klopp, who has no injury concerns, is chasing a first win at the Etihad since November 2015.

‘Our programme is insane,’ he said. ‘We play City, Benfica, City, United and Everton — is that the programme?

‘They will all hope if we win one of the City games that we celebrate for three or four days but we will not. I’m really looking forward to it but it is business as usual.’