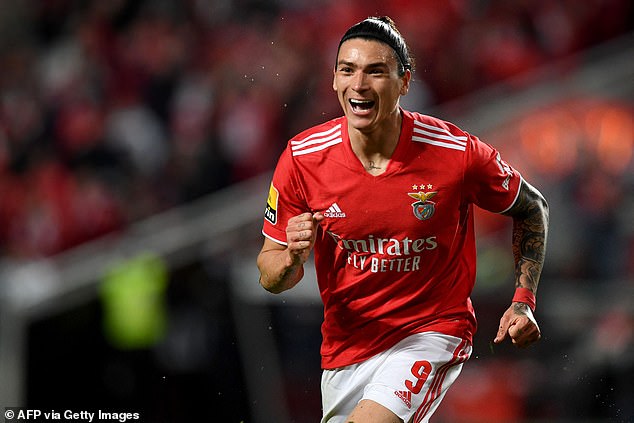 Liverpool are on the brink of completing the club record signing of Darwin Nunez after they made a breakthrough in the structure of the £85million deal.

Julian Ward, Liverpool’s sporting director, has been in Lisbon over the weekend for talks with his Benfica counterpart Pedro Marques for the Uruguay international.

Nunez’ heart is set on a move to Merseyside after rebuffing interest from Manchester United and Newcastle United. 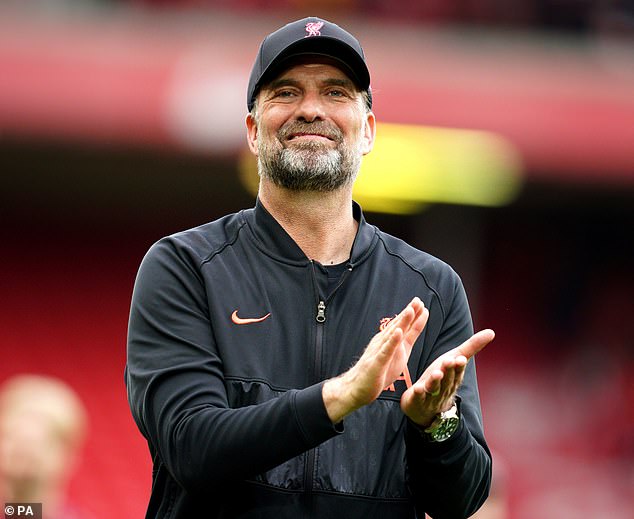 Liverpool would pay an initial £64million with a further £12.8million payable on appearances, and then an additional £8.5million linked into the success of Jurgen Klopp’s team.

Benfica had proposed the deal be split into an initial value of £68million, followed by £17million in bonuses.

From the player’s point of view, everything is sorted in terms of personal terms and Nunez will sign a six-year contract, worth more than £6million per year or roughly £120,000-a-week.

The Uruguayan was also wanted by Atletico Madrid and turned down offers from Newcastle and West Ham in January.

Nunez is currently in Madrid and provided there are no unforeseen late twists, he could even begin the process of his medical on Monday with an official announcement then coming from the club later in the week.

It is a huge statement of intent from Liverpool to get this business completed so quickly and Nunez – should he hit all the targets Anfield officials hope – will take Virgil van Dijk’s position as the most expensive player in the club’s history.

Liverpool remain in discussions with Bayern Munich for the sale of Sadio Mane – they are holding out for £42.5million, the same fee the Germans want from Barcelona for Robert Lewandowski.

Klopp’s side are also looking to wrap up the £4million arrival of Calvin Ramsay from Aberdeen.

The Times has reported Klopp and defender Virgil van Dijk played important roles in persuading Nunez to join, including direct conversations during April’s Champions League quarter-final between Benfica and Liverpool, in which he scored twice.