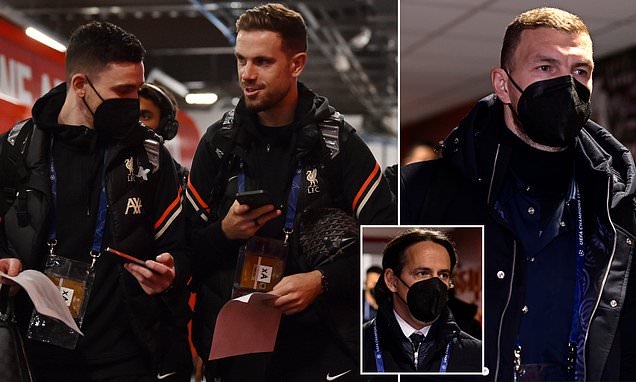 Liverpool vs Inter Milan LIVE: Diogo Jota returns to the hosts’ starting XI as Jurgen Klopp’s side look to book their spot in the Champions League quarter-finals with a two-goal lead in last-16 tie

Liverpool will be looking to seal their place in the last eight of the Champions League as they take a 2-0 lead into the second-leg of their last-16 tie against Inter Milan.

Late goals from Roberto Firmino and Mo Salah in Milan three weeks ago means Jurgen Klopp’s side have the advantage, though Inter did threaten and will be dangerous.

The Reds come into this game off the back of a nervy 1-0 victory against West Ham on Saturday, while Inter beat Salernitana 5-0 at home.

Sportsmail’s KIERAN JACKSON will provide live coverage of Liverpool vs Inter in the Champions League including all the build-up, team news and in-game updates.