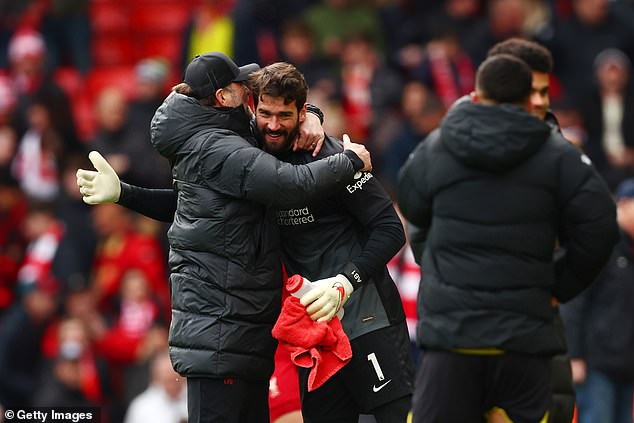 DOMINIC KING: Liverpool’s ability to keep clean sheets has proved invaluable in this title race and it was needed against problematic Watford… they’ve now kept an outstanding 14 shutouts in 19 matches

From the beginning of February, a look at Liverpool’s goals against column would conjure images of an England batting collapse.

On the first day of the second month, there was a yawning gap between first and second in the Premier League but since Liverpool ground out a 2-0 win over Leicester the numbers they have produced defensively have enabled the gap to be bridged.

The sequence – 0, 0, 1, 0, 0, 0, 0, 0 – is the epitome of parsimony. Norwich’s Milot Rashica, on February 19, is the only man to breach. We all get fixated with the attacking firepower Liverpool have at their disposal but the ability to keep clean sheets has proven invaluable.

How it was needed against Watford. It would be wrong to say that Liverpool were under the cosh at any point through these difficult 90 minutes but there is no disputing it was a problematic game, the kind of which a lapse at the back could lead to points being squandered.

Liverpool’s attacking play, for large parts, was clunky and with Mohamed Salah looking fragile following his World Cup heartbreak with Egypt in Senegal, the onus was on the defence to maintain the sky high standards that have been evident in 2022.

Since squandering a two-goal lead at Chelsea on January 2, Liverpool have played 19 games in all competitions and registered 14 shutouts in the process. There have been times when fortune has been on their side, perhaps, but you don’t record such numbers without being outstanding. 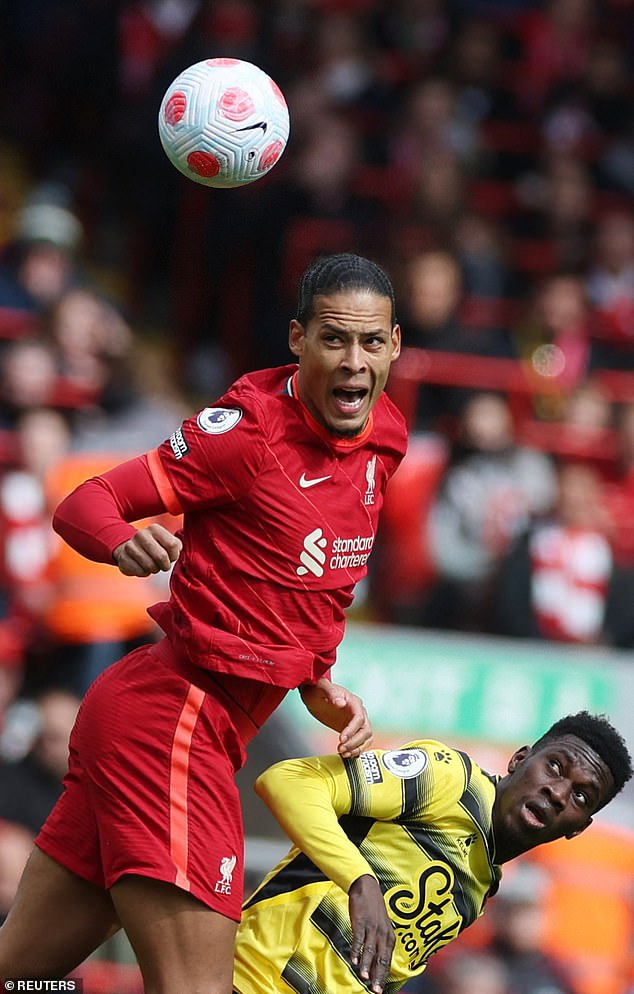 All the way through, you could see how much keeping their goal intact meant to men such as Virgil van Dijk, Alisson Becker and Joel Matip; ahead of them, Jordan Henderson – the captain who continually led by example – barked and growled and shook his head if standards fell short.

There were inquests whenever Watford reached the edge of Liverpool’s penalty area, never more so than in the second half when Joao Pedro found himself with a glorious opportunity to alter the course of the title race but he couldn’t maintain his composure. He fired wide when faced by Alisson.

By that point, Liverpool had established a lead. Diogo Jota was the scorer in the first half with a darting header but he was quick to give recognition to the Joe Gomez, whose beautiful cross from the right would have had Trent Alexander-Arnold nodding in appreciation. 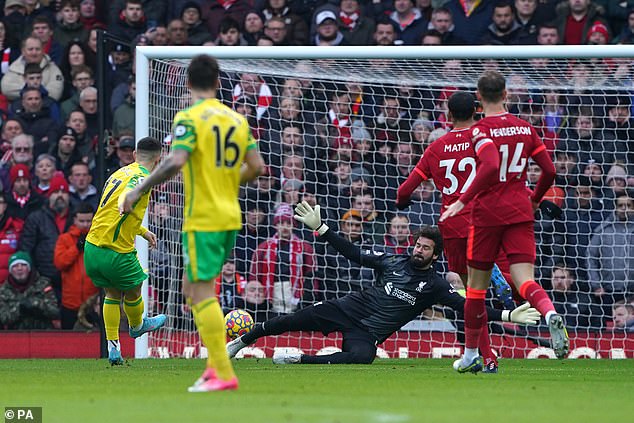 Gomez is a fine central defender but, for varying reasons, his chances to impress this season have been limited. The consequence of not starting for Liverpool means he has slithered out of being considered for England duty. It has been a challenging time.

This performance, then, will have done wonders for his confidence. He set one up, almost provided another for Andrew Robertson but just as important was the clean and decisive header to stop Moussa Sissoko breaking away when Gomez was the last man.

‘Joey was disciplined,’ said Liverpool manager Jurgen Klopp. ‘Defensively we don’t have to talk about him; offensively there were some good moments. He’s an outstanding ball player and will play lots of games in his career. This season was tricky but who knows how things can change. He is ready.’

They all are. Keep a clean sheet at Manchester City next week and the chants Kop bellowed about becoming champions will be that more realistic.