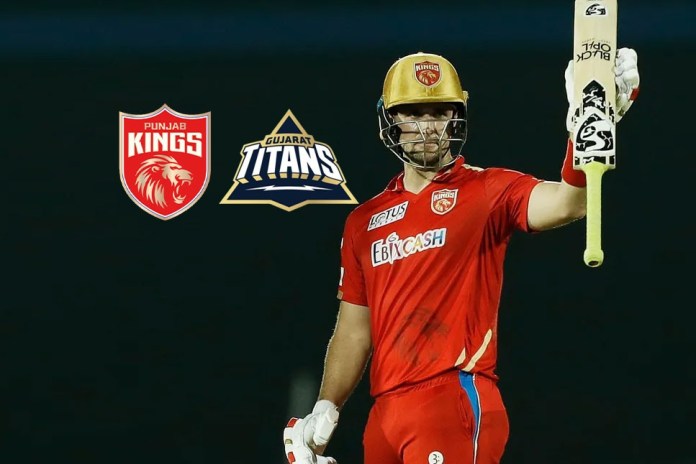 PBKS vs GT LIVE: Punjab Kings invested heavily in Liam Livingstone and the 11.5 crore man has lived up to the price tag with some fine hitting in the ongoing IPL 2022. After scoring a fine 60 against Chennai Super Kings, the Englishman has followed it up with another half-century against the Gujarat Titans on Friday. Livingstone is amongst the leading run-scorers in the league, second to fellow countryman Jos Buttler. Follow IPL 2022 LIVE Updates on Insidesport.in

Liam Livingstone continued his fine form as the Englishman continued his boundary-hitting antics on Friday. Facing the Gujarat Titans, Livingstone let his bat do the talking as he smashed a quick-fire 50, his second consecutive one in the tournament. The Punjab Kings superstar reached his milestone in just 21 balls, making it the second-fastest of IPL 2022.

Livingstone took a particular liking to Darshan Nalkande and Rahul Tewatia and smashed them mercilessly in yet another display of power-hitting at the Brabourne Stadium on Friday.

His innings on Friday, took him to second in the Orange Cap race, having amassed 162 runs so far in 4 innings in IPL 2022. Livingstone is only behind Jos Buttler in the most sixes this season, having smashed 12 in four games so far.