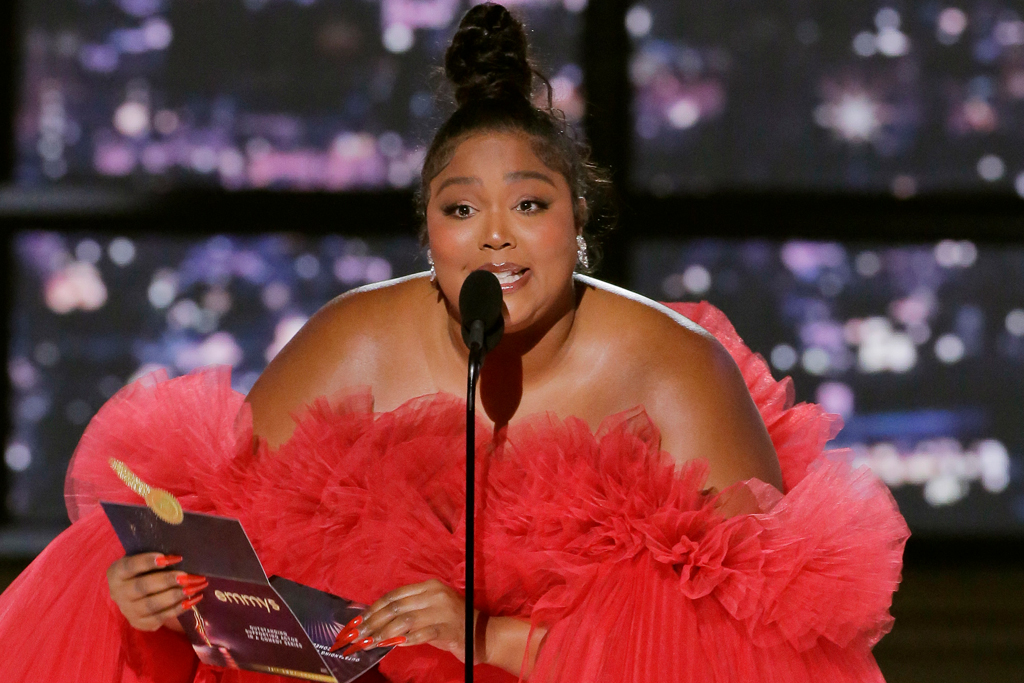 Lizzo showed off her moves in a video set to her own song “2 Be Loved (I Am Ready).” The Reel was posted to her Instagram today, the star clad in comfy wears. Lizzo’s all-caps caption urged fans to go buy tickets to her upcoming “Lizzo: The Special Tour” with rappers Latto and Saucy Santana which will begin in just under one week.

The Yitty brand owner was dressed in a dark blue PJ set with a white pattern and black stitching. The set consisted of a short sleeve silky button up which she wore with coordinating pants made of the same sleek fabric.

The show-stopping performer wore her long black tresses down her back in wavy curls, parted to the side and wore little to no makeup, keeping things casual. Lizzo also wore little visible jewelry but made up for the lack of bling with her eye-catching red manicure, which she showed off while she twerked.

While her shoes aren’t visible in the video, it would be remiss to not acknowledge the “Good As Hell” singer’s penchant for modern and stylish shoes. Lizzo’s footwear choices often stay true to her personal aesthetic and showcases her affinity for bold prints and colors. Lizzo tends to gravitate toward statement heels and pumps, chunky sneakers, combat boots and fuzzy slides.

As of late, Lizzo has been dancing quite a bit, the star sharing her joyful movements on stage alongside Kenan Thompson at the 2022 Emmy Awards. The show saw the “About Damn Time” songstress clad in a custom cherry red gown by Giambattista Valli. The strapless crimson tulle gown had billowing sleeves, a short tutu skirt that was cinched at the waist and a long train. The tulle also created a floral-like texture at the bust. “Truth Hurts” hitmaker completed her look with red strap sandals.