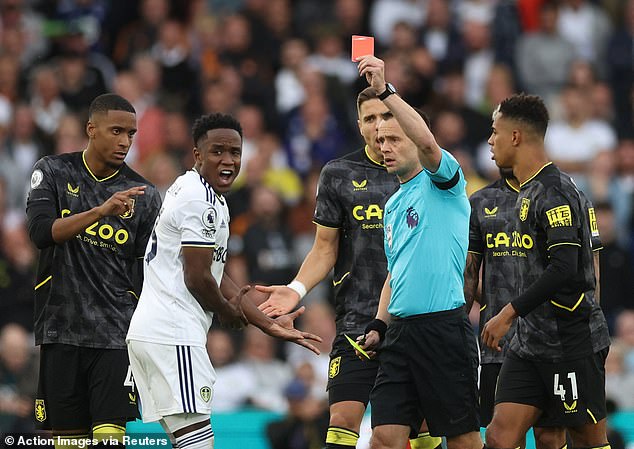 Leeds 0-0 Aston Villa: Hosts cling on for a point after Luis Sinisterra was SENT OFF for two daft yellow cards as both teams remain in the bottom half

It was perhaps best that Leeds boss Jesse Marsch watched this irritable and ill-tempered stalemate from the press box. Had the adrenalised American been on the touchline, he probably would have landed another ban.

Come the end, the home fans were celebrating decisions in their favour as if they had scored a goal, such was their annoyance with referee Stuart Attwell.

He had sent off winger Luis Sinisterra early in the second half – justifiably so, it must be said – and no crowd does perceived injustice quite like a partisan Elland Road. ‘You’re not fit to referee’ they chorused on full-time. 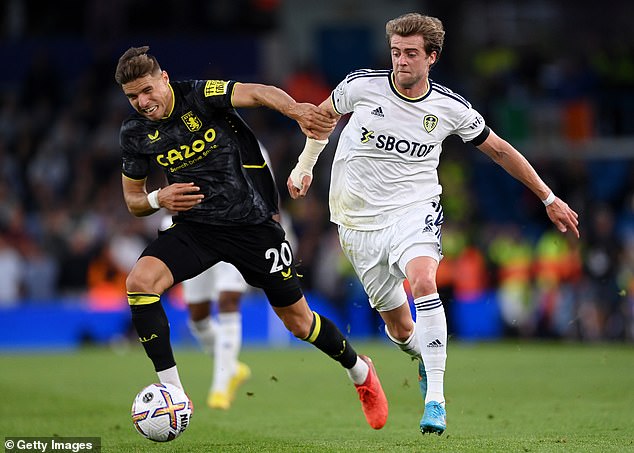 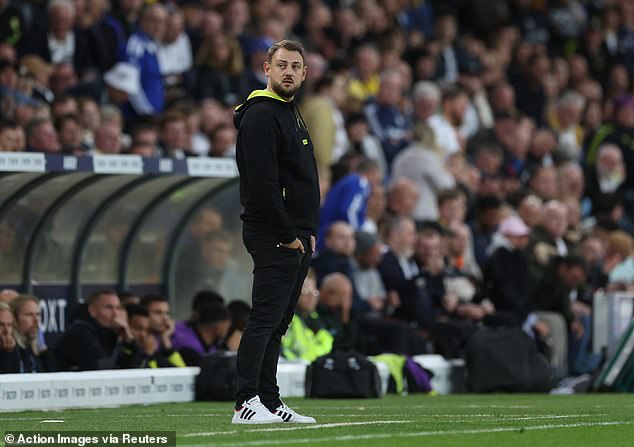 In defence of Attwell, the eight cards shown were fair. Sinisterra’s second yellow for blocking a quick free-kick was stupid and it may have cost his team two points. That they fought their way to a draw having played all but three minutes of the second half with 10 men is worthy of great credit.

Those numbers do not reflect so well on Villa and their manager Steven Gerrard, who emerged with his first away point of the season but was not in the mood to celebrate.

He thumped at fresh air with his first and then booted a water bottle with a connection far cleaner than that of his striker Ollie Watkins, who had just missed a 90th-minute chance when firing at goalkeeper Illan Meslier. 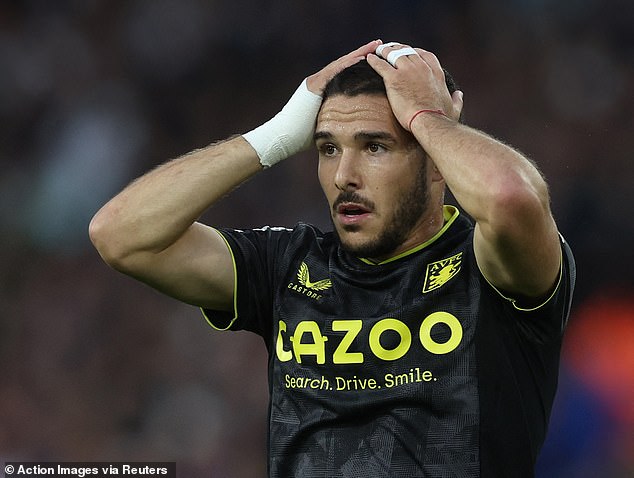 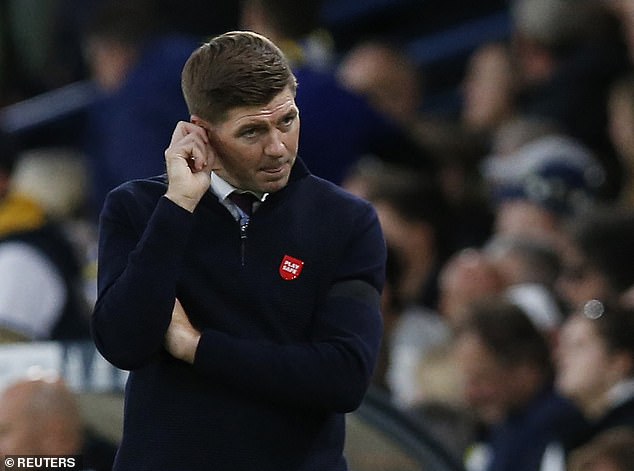 The closest they came that apart was a Philippe Coutinho volley which rebounded off the post before Watkins followed up to stab wide.

But Villa’s strategy to time-waste from the first whistle felt bizarre. This was the all white of Leeds United they were playing, not Real Madrid. Surely, a team with the attacking pedigree of Coutinho, John McGinn and Watkins should show a little more faith in their ability to go out and win a game?

Saying that, Coutinho looks not so much a pale imitation as an anaemic replica of the player who cost Barcelona £142million in 2018. Gerrard has called the Brazilian his ‘little magician’. He has certainly performed a disappearing act this season. No goals, no assists.

There was a glimpse of his former self with one mazy run on 18 minutes. But the finish – weak and into Meslier’s grateful arms – was very much modern-day Coutinho.

Home playmaker Brenden Aaronson was not faring much better. The American has been busy and inventive since arriving from Red Salzburg in the summer but he looked lightweight here. Twice he stayed down clutching his leg after hefty first-half challenges – one legal, one not – and Villa’s roughhouse tactic appeared to rob the 21-year-old of his usual bounce.

But for all of Villa’s efforts in disrupting the game and eating up the clock, it was they who had the better of the chances come half-time. Meslier saved twice from Watkins and Bailey, although both shots were directed straight at the Frenchman.

Leeds had a couple of moments of promise but, each time Sinisterra fizzed balls through the goalmouth, there were no takers. Patrick Bamford must have been wishing he was on the pitch instead of the bench and, by the time he was introduced, Sinisterra was off.

But Bamford’s arrival gave Leeds an outlet and focus previously lacking and he came close to laying on a winner for fellow substitute Mat Klich during injury-time but McGinn recovered to block inside the six-yard area.

They say there should be no fans in the press box, but had that gone in then Marsch would have been forgiven his celebration after a fraught afternoon of high emotion.