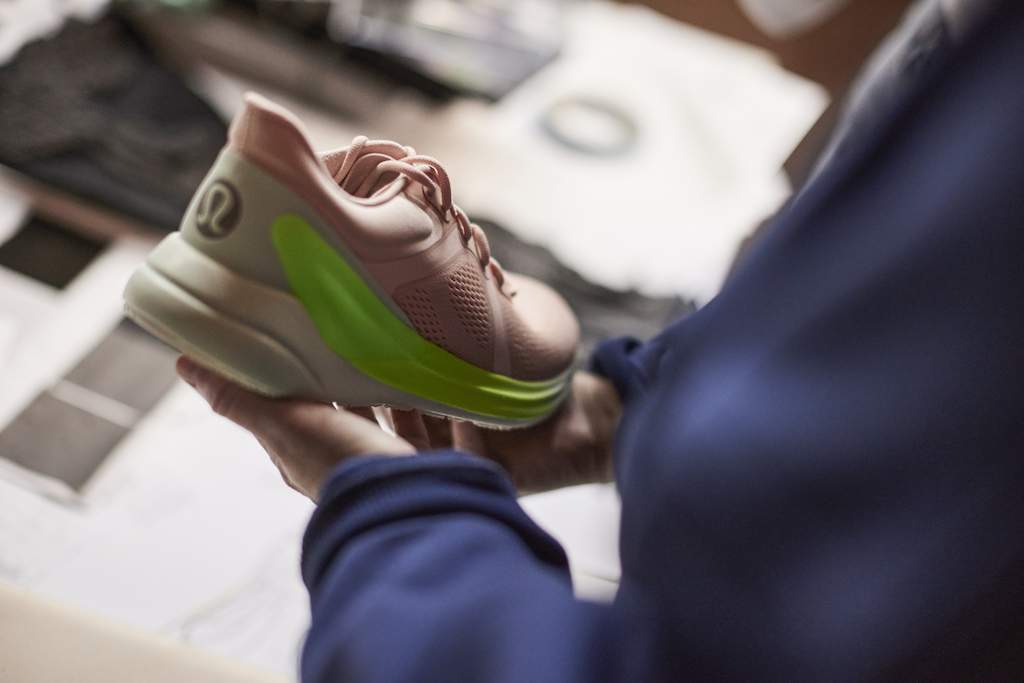 Lululemon’s first-ever footwear collection is already making waves ahead of its March 22 launch, thanks to its women-first approach that aims to create a shoe specifically designed for the female foot.

“We started with the data, with the research, working with biomechanists, working with other experts in the industry to look at foot scans,” said Lululemon’s senior director of footwear development Heather Pieraldi.

To do this, Lululemon utilized data from Volumental, a provider of 3D foot scanning technology. Volumental scanners are available in over 3,000 retail stores across the world and used by brands such as Canada Goose, Red Wing Shoes, New Balance, Bauer, Fleet Feet, Road Runner Sports and Under Armour. As such, the company has one of the largest collections of foot scans in the world.

To help Lululemon, Volumental said it shared aggregate statistical data, which includes means of different foot measurements across North America and Asia for all genders. Lululemon, which focused on female scans, also conducted its own scans on a few hundred people, with Volumental making sure that these testers were representative of actual populations of consumers.

“It’s so easy to have fit testers that don’t cover the population, especially when you’re thinking about women or some of these underserved groups in society,” said Alper Aydemir, CEO of Volumental, which secured a $13 million Series A investment in December. “How do you know what the female foot looks like? No one knows that, unless you have the data.”

Via the scans and multiple rounds of testing, the footwear team at Lululemon constructed a foot form, or model, with a narrower heel and a wider foot. Once this structure was determined, the design and materials team constructed a shoe to fit this unique form.

“We’ve been pushing that philosophy of feel-first performance apparel since we began and it’s the core ethos of the brand,” said Chantelle Murnaghan, VP, of research and science for product innovation at Lululemon. “And this was just such a natural extension to that, because we’re consistently trying to drive new sensory experiences for our guest from head to toe.”

Lululemon’s women’s-first strategy comes amid a boom in the women’s running category over the last two years. In recent quarters, smaller brands like Brooks and Hoka One One have increasingly taking share from leaders like Nike and Adidas, thanks to their focus on perfomance and women’s-tailored manufacturing and marketing.

With a range of pastels and neons characterizing the colorways, Lululemon’s new shoes are an eye-catching extension of the athleisure brand’s identity. However, the collection stands out for its focus on comfort and performance, an increasingly crucial focus to remain competitive in the footwear space.

Kicking off with the Blissfeel running shoe on March 22, Lululemon will launch two more training shoes, the Chargefeel and the Strongfeel, and a slide for recovery, the Restfeel, later in the year. Prices for the sneakers will range between $128 and $148, with the slide-on priced at $58. Men’s footwear is slated for 2023.

“While they hooked up with the color palette and so forth, these are really built for perfomance,” said Powell. “I think that’s exactly the right place to be.”