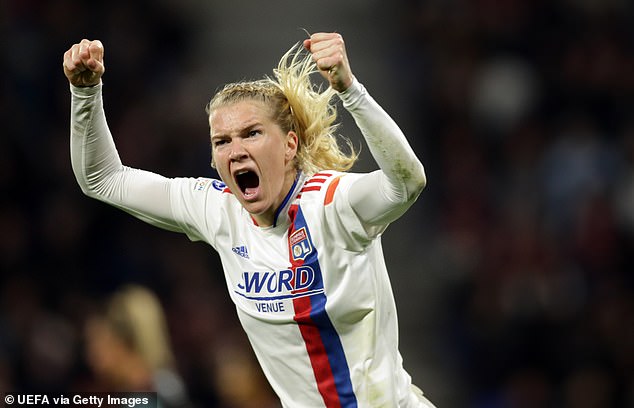 Lyon 3-1 Juventus (agg 4-3): Ada Hegerberg among the scorers as seven-time Women’s Champions League winners turn around deficit to set up semi-final against PSG

By Sportsmail Reporter For Mailonline

Former Ballon d’Or winner Ada Hegerberg was on the scoresheet as Lyon turned around a first-leg deficit to progress to the Women’s Champions League semi-finals at the expense of Juventus.

The Norwegian opened the scoring in the 33rd minute with a back-post header, before Melvine Malard’s goal two minutes later gave the seven-time winners the lead in the tie.

Catarina Macario scored a vital third goal and while Andrea Staskova’s late goal gave Juve hope, they could not find a second and it’s Lyon who set up an all-French semi-final against PSG. 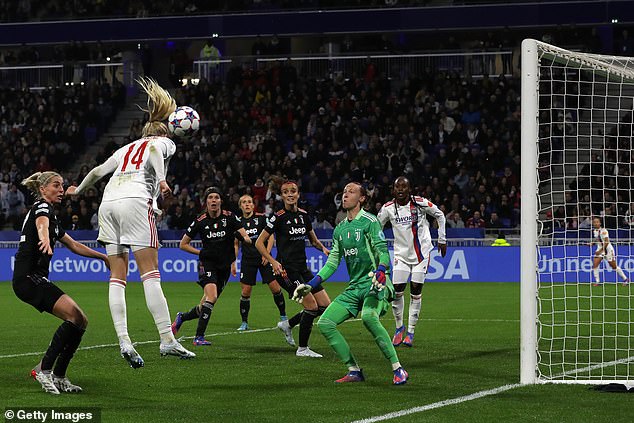 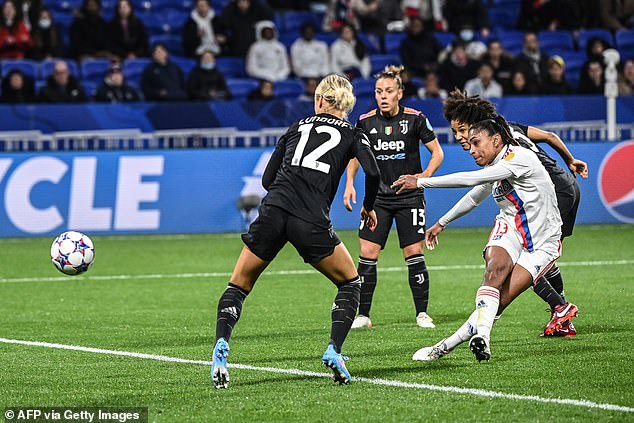 Hegerberg said after the match: ‘We knew we needed this first goal to get into it. It pushed us, gave us a higher motivation to continue. We were realistic about the situation, we knew what had to be done.

‘When you score that first goal, it gives you a good card to keep going forward and score the second.

‘It is very positive for French football to have two teams in the semi-finals to help the development of the Championship.

‘We are starting to get to know each other well, we will have to stay focused on ourselves. We have room for improvement in the game. It’s up to us to prepare well for this match.’ 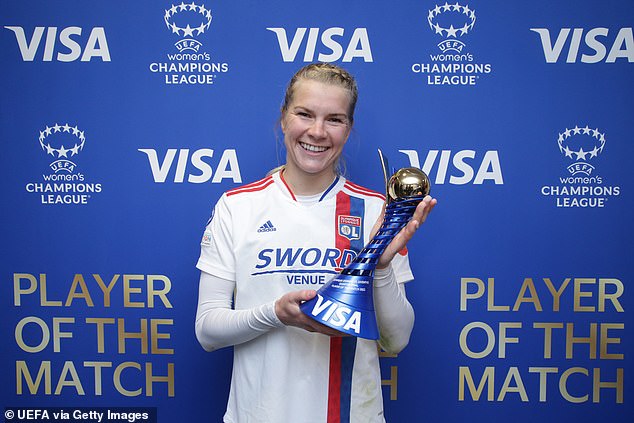