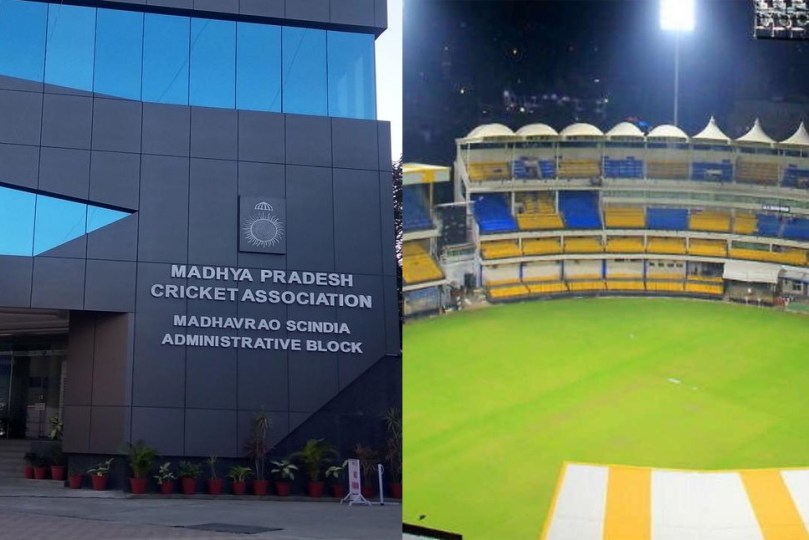 IND vs SA 3rd T20: The Madhya Pradesh Cricket Association (MPCA) was raided on Monday by Indore Municipal Corporation (IMC). The apex cricketing body of the state has now accused IMC officials of applying pressure for VIP match passes. Notably, the third and final T20 of the three-match series between India and South Africa will be played on Tuesday in Indore. But on the eve of the match at Holkar Stadium, IMC conducted a raid on MPCA at its premises to collect taxes. The timing of this raid has been now questioned by MPCA president Abhilash Khandekar. Follow InsideSport.IN for LIVE updates about IND vs SA 3rd T20

However, the IMC representatives denied the claim and accused MPCA of making false claims in order to avoid paying taxes on time. The row began when an IMC team led by deputy commissioner Lata Agrawal spent more than three hours on Monday afternoon sorting through papers at the MPCA headquarters.

“IMC’s internal politics of passes and other things have resulted in this raid. This match is an honour for Indore but Indore Municipal Corporation (IMC) doesn’t share this honour. I’m completely shocked and shattered with the way a select number of senior officials of IMC behaved. We would take up this matter at the highest level in Madhya Pradesh” MPCA president Abhilash Khandekar told the Times of India (TOI).

In India everyone wants free passes for cricket games, not for kabaddi or kho kho !
Can officers & others travel on a free pass in an airlines? Or on a train?
Can they get their children free education in top varieties or private schools?
Why expect frm a cricket body?
Think ! https://t.co/gKHNlTaGnn

He said that the MPCA would write to the divisional commissioner, state chief secretary, and secretary of urban development to express its displeasure with the deputy commissioner’s actions. It was a normal drive, according to Agrawal.“This was not a special drive. We were collecting due taxes,” she stated.

Khandekar emphasised that MPCA was responsible for distributing all VIP passes. “A senior IAS official of IMC expected passes in the box. MPCA has one box designated each for senior police and IAS officers. The designated number of passes have already been given,” he said.

The accusation of requiring VIP passes was denied by Deputy Commissioner Agrawal, who added, “We are capable enough to purchase match tickets, if we wish to.”

The Indian cricket team has the chance to test a few reserves in the third and final match at Indore’s Holkar Stadium because they have an unassailable 2-0 lead in the three-match T20I series.

Before departing for Australia for the T20 World Cup, Rohit Sharma has just one game to address the bowling woes. Having sealed their first-ever series against South Africa at home, India are resting Virat Kohli and KL Rahul. But with no Jasprit Bumrah and Mohammed Shami available, the Indore T20 will be one last opportunity to get the bowling attack ready.