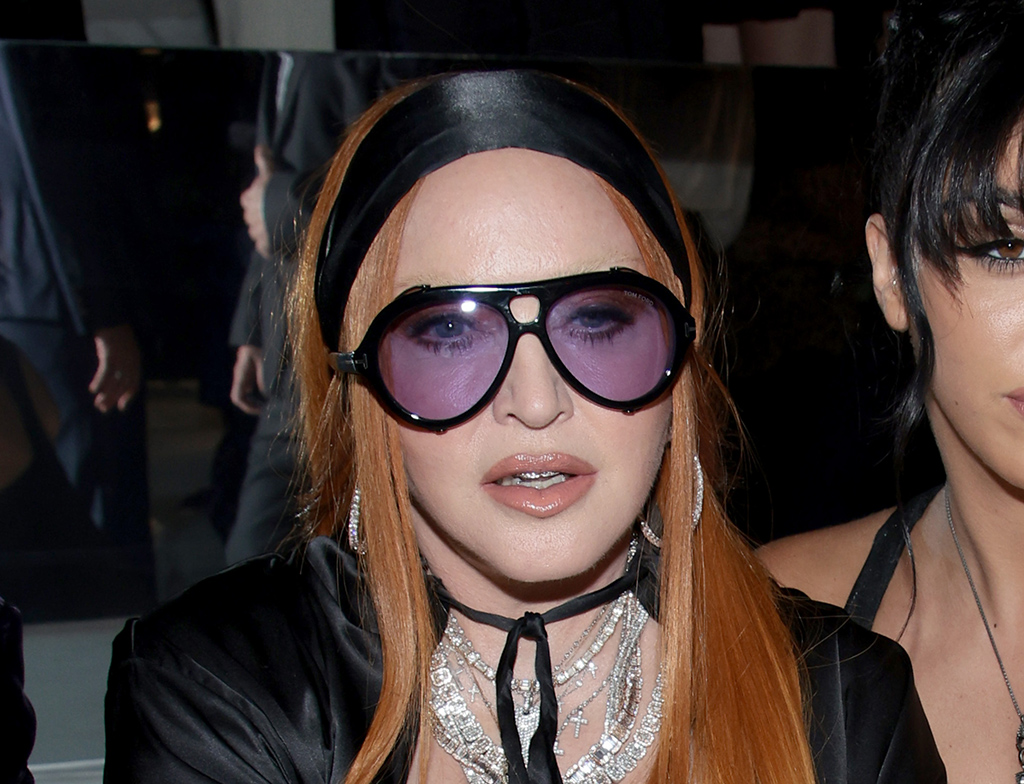 Madonna celebrated her son David Banda’s 17th birthday in a post made to Instagram today. The pair said goodbye to their family and hopped in a car headed straight for a Harry Styles concert in New York at Madison Square Garden.

Clad in baggy clothes, Madonna wore a plaid blue long-sleeve button down over a black lace bustier or bodysuit, which she flashed to the camera at one point. The structured style contrasted the loose nature of her shirt. For bottoms, Madonna wore light-blue oversized gym shorts and donned black fingerless gloves, a frequent signature for the “Material Girl,” and a black headband. Going for a more maximalist disposition, Madonna stacked on gold and silver chains and bracelets, topping off the ensemble with large gold hoops.

Although Madonna’s shoes weren’t visible, her shoe style is usually boundary-breaking. A muse for designers including Christian Louboutin, the “Material Girl” singer often wears peep-toe and platform pumps on the red carpet — as well as daring over-the-knee boots.

Her performance ensembles usually feature boots with shorter heels in knee-high or over-the-knee silhouettes. When off duty, the singer usually wears flatter-soled leather boots, as well as Nike and Puma sneakers.

From what was visible of his outfit, Banda wore a long-sleeve red and blue mesh shirt, which he wore with roomy red trousers. He finished off his birthday look with black sunglasses and shiny silver accessories.

Harry Styles topped off his 15-show run at the ever historic Madison Square Garden only a few days ago. He opened the “Love On Tour” residency on Aug. 20, and he will head to Austin next for five nights of dancing, singing and endless feather boas. The Garden honored Styles during his show by raising a banner to the rafters commemorating his record-setting run of 15 sold-out shows.