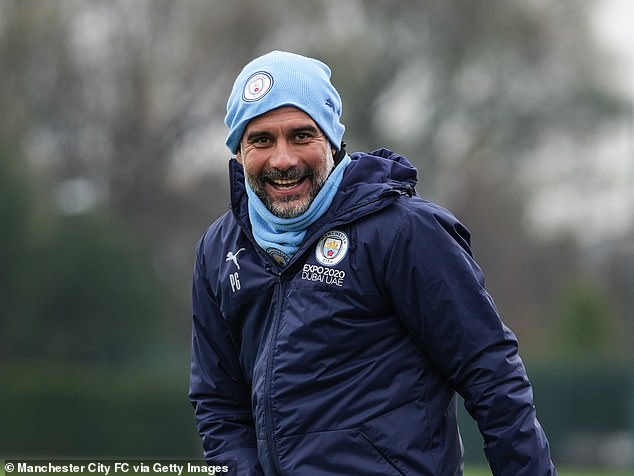 Pep Guardiola promised to continue making ‘mad’ decisions in charge of Manchester City before meeting the original Tinkerman on Saturday.

City were depleted for the midweek victory at Aston Villa but have been boosted with the return of five first-team stars at Claudio Ranieri’s Watford.

Ferran Torres is now the only absentee and Guardiola told his players to remain on their toes as he plans to use the full depth of City’s squad in the coming weeks.

‘Sometimes we let them rest but everyone has to be ready, they know it,’ Guardiola said. ‘Sometimes I’m mad and take decisions people weren’t thinking.. Some who people don’t expect to play are picked, like Cole Palmer against Everton.

‘Nobody expected it and he played. It’s good everyone is back because December is really tough with the amount of games.’

Guardiola revealed that Kevin De Bruyne could have featured on Wednesday night but City were cautious not to risk the midfielder after testing positive for coronavirus.

City – who are set to take a raft of academy products to RB Leipzig for Tuesday’s Champions League dead rubber – relied on squad players to leave Villa with victory. 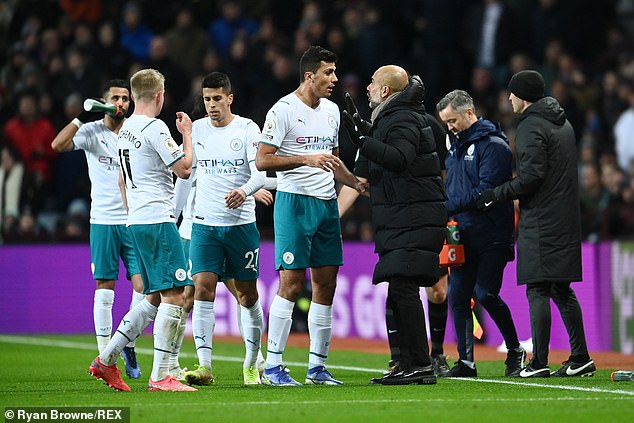 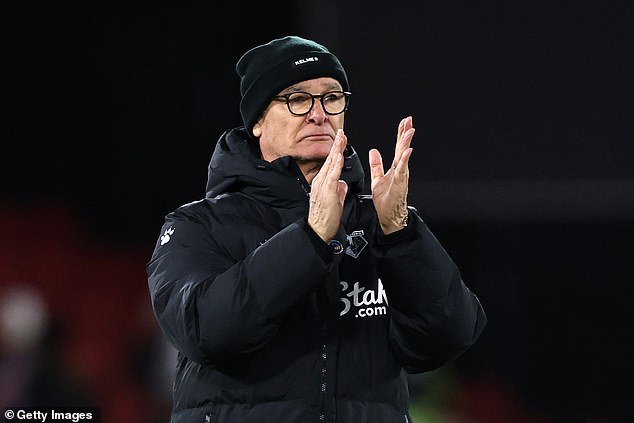 Nathan Ake, Fernandinho and Oleksandr Zinchenko had registered just six Premier League starts between them beforehand and Guardiola paid tribute to the trio.

‘These type of players are always helping,’ he added. ‘Nathan, Oleks and Dinho are examples for us. All the time, no complaining and training.

‘I said we must win this game especially for these guys who don’t play much and they made a really good performance. Normally when you behave like this and you don’t play, always you play good. I don’t know why. Maybe it’s the karma, I don’t know but it happens.’