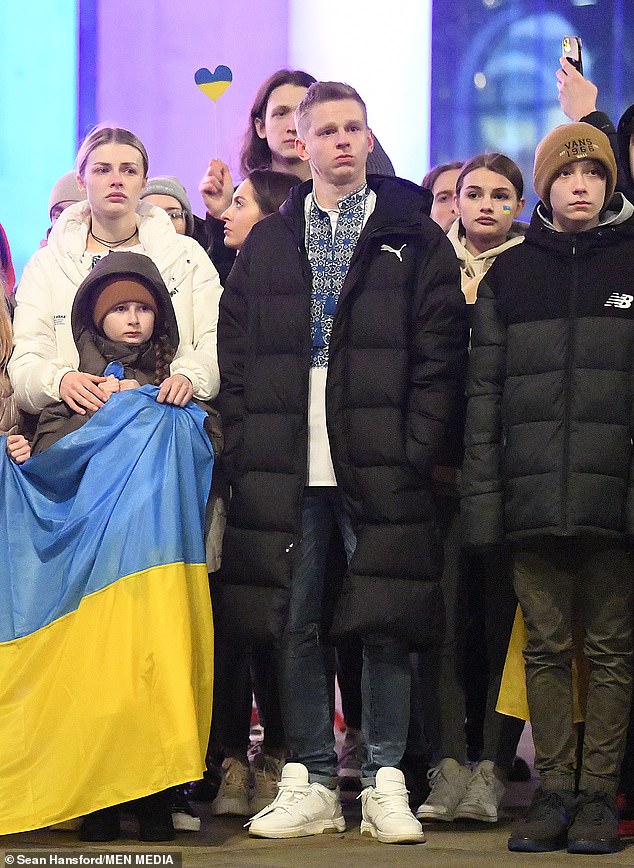 The 25-year-old, who has 48 international caps for Ukraine, has been vocal in his support for his homeland, declaring earlier this week that he “can’t stay back” while his country is attacked.

He also insisted that one of his posts was deleted from Instagram after he launched a scathing attack on Russian president Vladimir Putin.

The message read: ‘I hope you die the most painful suffering death, creature.’

With Putin ordering a full-scale invasion of Ukraine on Thursday morning, Zinchenko was spotted in St Peter’s Square in Manchester city centre just hours later as members of the public protested against the Russian president’s actions.

Several Ukrainian flags were on show at the vigil, demonstrating solidarity between the UK and Ukraine.

Meanwhile, City boss Pep Guardiola has admitted that Zinchenko is understandably “worried” about the events in Ukraine, but he has praised the full-back’s mental strength and has confirmed that he will be available for selection on Saturday.

‘Oleks is an incredible, strong guy – really,’ Guardiola said. ‘Of course, the team and the club is close to him, unconditionally. 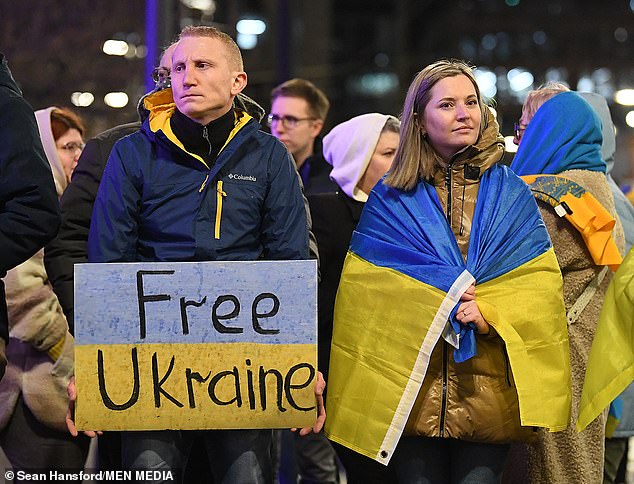 ‘It’s not easy at the moment but in the training session yesterday he was brilliant, so he’s ready to play in case he has to play.’

The defending champions travel to Goodison Park to face Everton on Saturday, looking to get back to winning ways after their 3-2 defeat against Tottenham last weekend.

Following Liverpool’s 6-0 thrashing of Leeds on Wednesday, City’s lead at the top of the table has been cut to three points.

However, they can double their advantage with a win on Saturday as Liverpool are not in Premier League action this weekend due to being involved in the Carabao Cup final against Chelsea on Sunday. 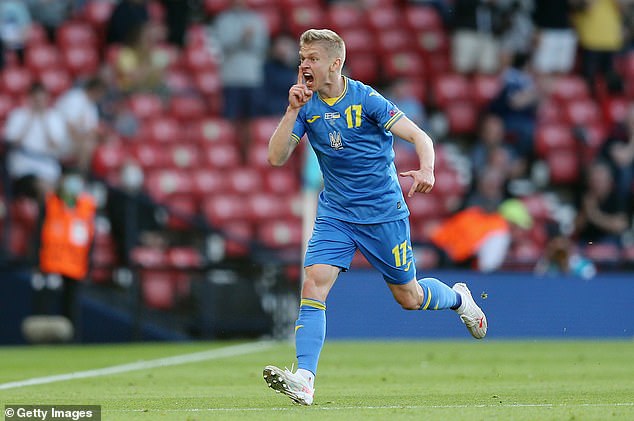 Zinchenko has 48 caps for Ukraine, and he scored in last year’s European Championships