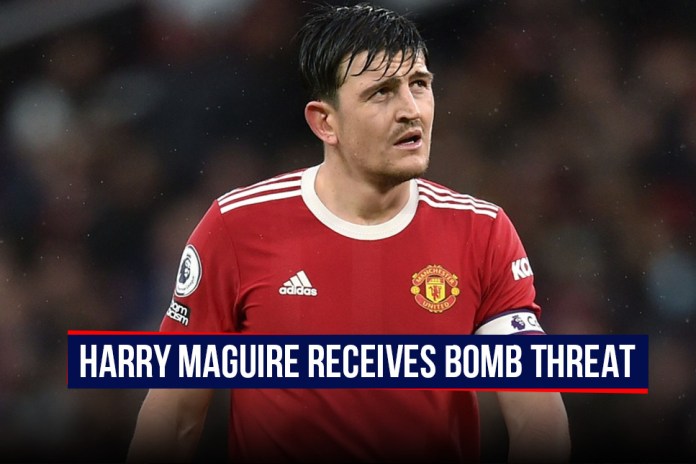 According to the Sun, The chilling warning came via an email that a bomb would be planted at the home of the United skipper. The Manchester giants are suffering a terrible run of form and lost embarrassingly 4-0 to rivals Liverpool on Tuesday.

Investigation is ongoing in order to get hold of the person behind this bomb threat. More reports to follow.

The club have today officially announced the appointment of Erik ten Hag as new permanent manager for the 2022/23 season as the Dutch manager will leave Ajax.

Maguire and the rest of the United team have regularly received death threats and abuse on social media this season but the context of this latest threat has been taken extremely seriously.

Maguire and his family are understood to have been left extremely shocked. The club have been asked to comment on the matter by the media.

England centre-back Maguire played 90 minutes for United in the defeat to Liverpool earlier this week. And last month Maguire was subjected to boos from Three Lions fans while playing for his country against Ivory Coast.