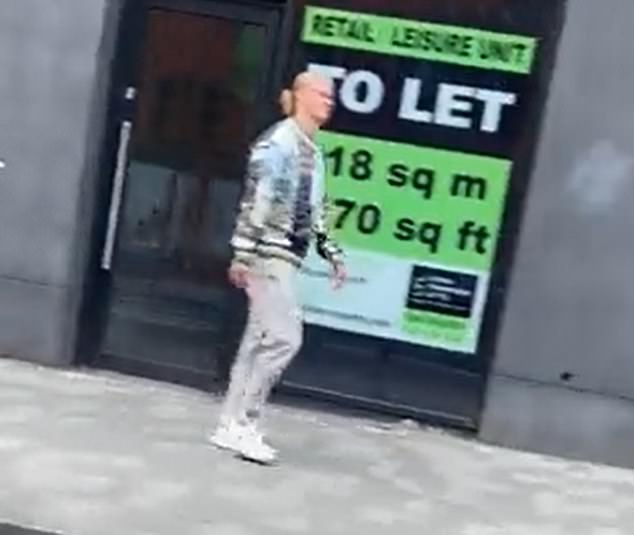 ‘You’ve come to the wrong side of Manchester!’: Man United fans catch City star Erling Haaland casually walking down the street and ask him to come to Old Trafford… but the Norwegian doesn’t flinch as he coolly tells them ‘They love me here!’

A video was posted on social media of Haaland walking down a Manchester City before being shouted that he had joined the wrong team.

The fan shouted: ‘You’ve come to the wrong side of Manchester.’ 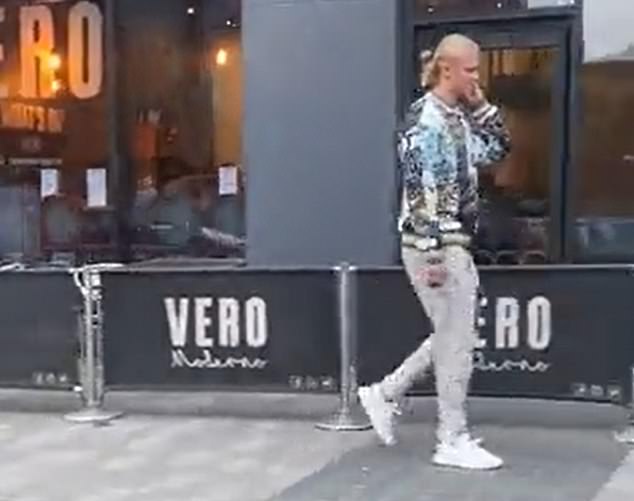 Haaland was very cool in his reply, simply saying ‘they love me here’ as he continued walking

To which, Haaland was quite to respond: ‘They love me here’, as he clearly feels comfortable with his decision to join Pep Guardiola side.

The fan then reveals that he wants Haaland to move to the Red Devils, saying ‘come to us next season United, you know it come on, see you in a bit Haaland.’ Before that defeat, the Red Devils had seen some improvement to their form under new manager Erik ten Hag, winning their previous four games in the Premier League.

Manchester City on the other hand look even stronger than they did last season even if they are not at the top of the Premier League table.

Haaland had been a big part of this as he has already found the net 12 times in his seven games in the league and Champions League.

With two goals coming in City’s 4-0 Champions League win over LaLiga side Sevilla on Tuesday night.

The Norwegian striker will have some extra rest before City’s next game due to the Premier League postponements following the passing of Queen Elizabeth II on Thursday afternoon. 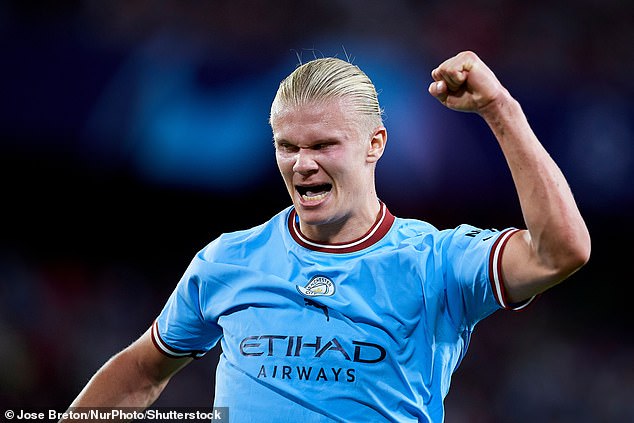