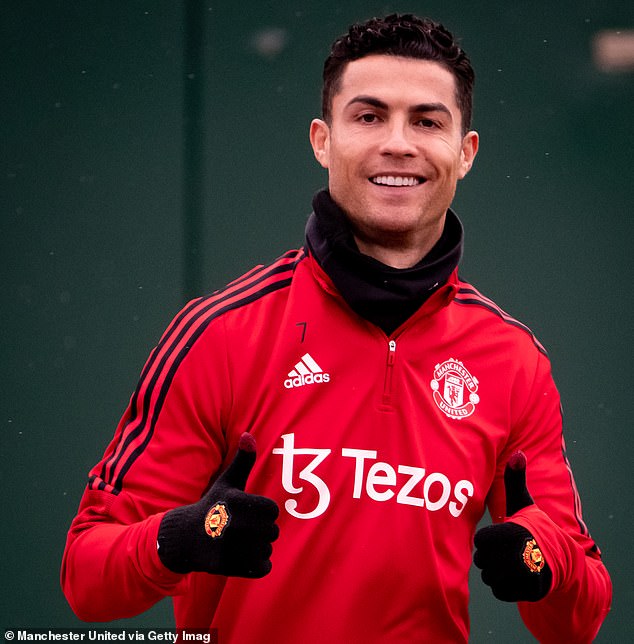 ‘Nonsense… this is not what we need!’: Manchester United fans take aim at the club for posting a clip of ‘vintage’ Cristiano Ronaldo scoring a goal in training… and insist ‘you ask him to score in real matches and you’ll see NOTHING’

Manchester United fans criticise the club for posting a clip of Cristiano Ronaldo scoring a goal in training, rather than focus on winning matches.

The Red Devils currently sit seventh in the Premier League and have only won once in their last five league fixtures as they continue to endure a miserable campaign.

Ronaldo himself has been in and out of the squad of late due to injury, struggling for goals since the start of the year, having only scored four times.

Although three of those did come in United’s 3-2 win over Tottenham Hotspur last month.

United have however come under intense scrutiny for posting a video clip of the 37-year-old pulling off a double step over to bamboozle Hannibal Mejbri and score a great goal in training.

Fans were quick to take to social media to re-iterated that Ralf Rangnick’s side should be focused on games rather than posting training videos. 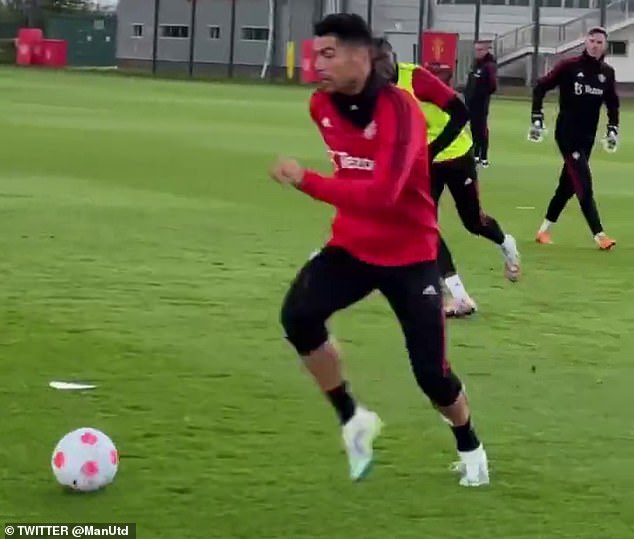 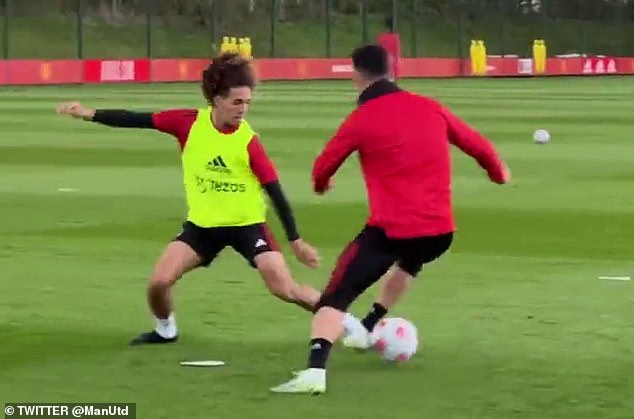 One fan insisted: ‘So it’s hear we go again with the training video’s and pics. You should really cut this crap out.

Another said: ‘This is not what we need. We need results..

Another fan basically urged Ronaldo to do it in a game by tweeting: ‘This is training, you ask him to score goals in real matches you’ll see. Absolutely nothing.’

Ronaldo is the club’s top goalscorer with a total of 18 goals in all competitions since his return last summer.

Despite still producing, it hasn’t perhaps gone the way United anticipated by bringing back the Portuguese superstar 12 years after he left for Spanish giants Real Madrid.

The global star has been criticised since his return for not being either the future for the present fix that is needed at Old Trafford.

United’s hopes of qualifying for the Champions League by finishing in the top four look increasingly unlikely, hence the animosity from the fans.

The Red Devils have the perfect opportunity to bounce back to winning ways when they host strugglers Norwich City on Saturday.