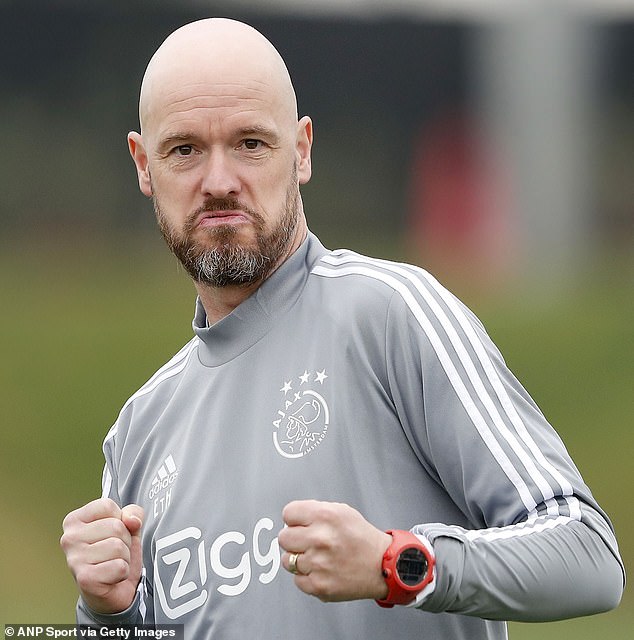 Manchester United settled on Erik ten Hag as first choice after evaluating a shortlist of eight managers, according to reports.

Ajax’s ten Hag verbally agreed earlier this week to take over at Old Trafford this summer, replacing interim boss Ralf Rangnick, who is expected to ‘move upstairs’ into a consultancy role.

According to ESPN, United briefly considered Leicester’s Brendan Rodgers before their form nose-dived, and were keen on Mauricio Pochettino, but were worried Real Madrid would poach the Paris Saint-Germain boss from under their noses. 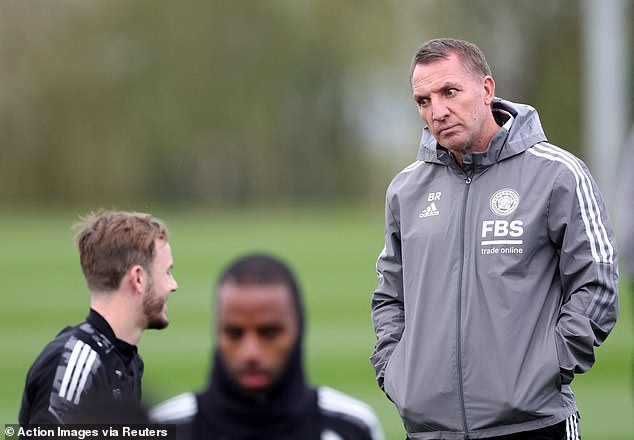 However, Nagelsmann – who became the most expensive managerial transfer ever when he moved from RB Leipzig for £22million in July – and Tuchel, manager of United’s rivals Chelsea, were quickly dismissed as realistic options.

An ESPN source said: ‘It’s important to consider the available options. Pep Guardiola and Jurgen Klopp aren’t available and United were never going to get Nagelsmann out of Bayern.

‘Tuchel is a real asset to Chelsea too, so he wasn’t a credible option either. So you look at the market, who is capable and gettable, and United have considered them all. They haven’t overlooked anybody they should have spoken to.’ 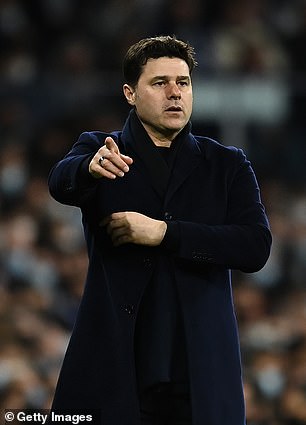 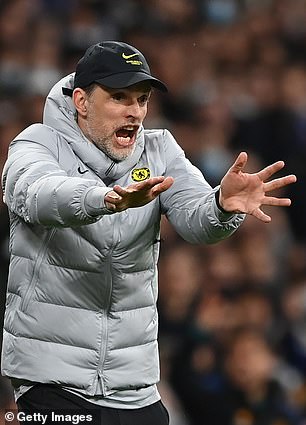 Mauricio Pochettino (l) was heavily considered; Thomas Tuchel (r) was ruled out as an option

Zidane was an option before apparently indicating he would only return to club football with PSG, while Enrique is busy preparing for the 2022 World Cup in Qatar in November and there were fears Lopetegui would be ‘another Unai Emery’.

Tuchel was also considered but ruled out leaving Chelsea in the wake of owner Roman Abramovich selling the club following government sanctions due to links with Russian president Vladimir Putin, who is leading an invasion of Ukraine.

With Pochettino and ten Hag the final two, United cooled on the prospect of the Argentine for two reasons, claim reports. First, Real Madrid were a realistic threat in turning the head of Pochettino this summer to replace Carlo Ancelotti.

Second, French side PSG could well have demanded a massive compensation fee for Pochettino given his contract does not expire until summer 2023.