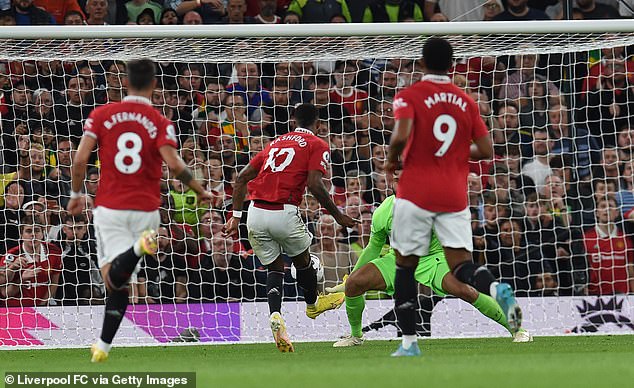 Man United needs to buy an ‘out-and-out scorer,’ claims NBC pundit Robbie Mustoe… but Tim Howard warns Cristiano Ronaldo won’t ‘just drift off into the sunset’ after he was dropped for Liverpool win

By Kate Mcgreavy For Dailymail.Com

Robbie Mustoe has urged Manchester United to splash the cash on an ‘out-and-out scorer’ after their surprise win over Liverpool.

Erik ten Hag’s side finally kickstarted their season with a 2-1 win over their bitter rivals Monday night, courtesy of goals by winger Jadon Sancho and forward Marcus Rashford.

Rashford was given the nod ahead of wantaway star Cristiano Ronaldo for the huge game at Old Trafford and he seized his moment. 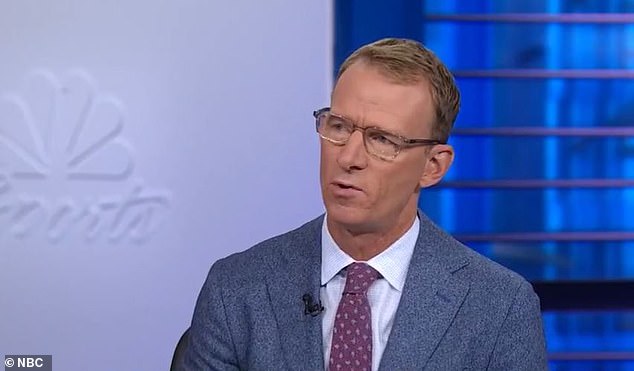 The future of Ronaldo is uncertain but with or without him NBC pundit Mustoe believes the Red Devils need to buy a ‘goalscorer’ before the transfer window closes.

When asked who they should recruit, Mustoe said: ‘A scorer, an out-and-out scorer, a poacher.

‘It’s not easy in the last week or so in the window… The recruitment hasn’t been great at United.’

The Red Devils were stunned earlier this summer when Ronaldo expressed his desire to leave and he was benched for the visit of enemies Liverpool. 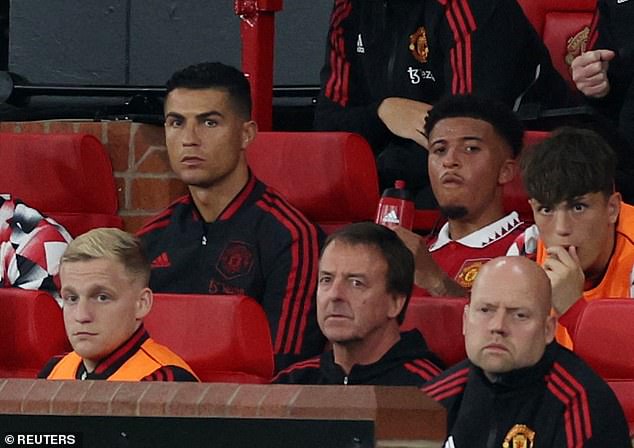 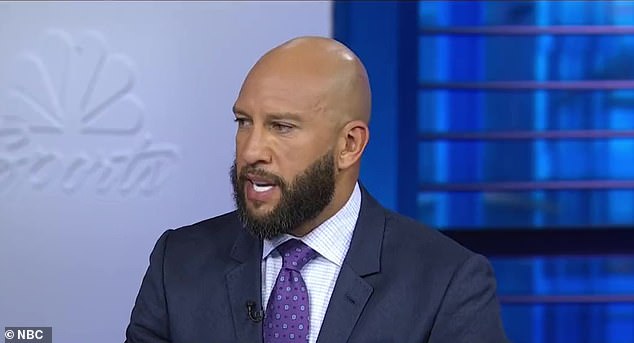 Former United goalkeeper Tim Howard has claimed the five-time Ballon d’Or winner, who was introduced late on against Liverpool, won’t be satisfied with being a rotated player on the roster.

‘I still don’t know if he has a future, I don’t see him just drifting off into the sunset,’ he told NBC.

‘I would imagine he’d want to leave. I don’t think he plans on being a bit-part player.’

United boss Ten Hag reassured Ronaldo he remains part of his plans after recording his first win at the helm of the Premier League giants.

‘I think he can. The whole of his career under several managers he did, several styles and systems. He always performed, so why can’t he do this?

‘His age is not an issue. If you are good enough and you’re old and you still deliver performances, you are also good enough.’

The win moved United up to 14th in the table while Liverpool are down in 16th after their worst top-flight start in a decade. 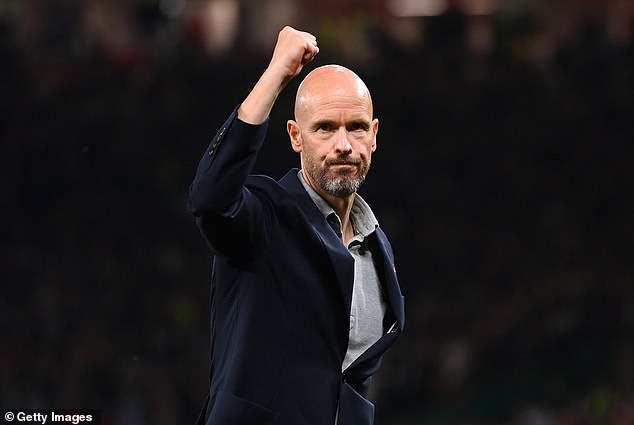