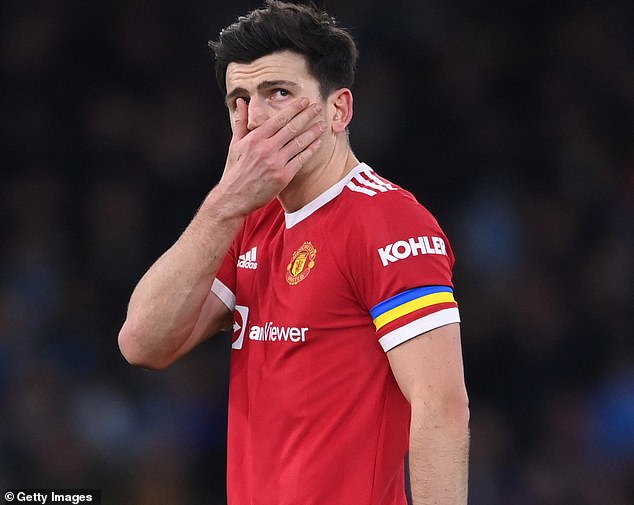 Dimitar Berbatov has slammed Manchester United for their ‘unacceptable’ showing away at Manchester City last weekend – while also calling for Ralf Rangnick to take Harry Maguire out of the firing line.

United were trounced 4-1 by their Manchester neighbours on Sunday, a damaging defeat which has reduced their chances of finishing in the Premier League top four this season.

It has generally been a campaign to forget for the club, with Rangnick forced to take interim charge back in December when Ole Gunnar Solskjaer was dismissed.

And following their latest low point at the Etihad, Berbatov has hit out at his former club for having ‘no game-plan’ on the day.

‘I was angered and saddened by United’s performance against City. It was unacceptable,’ the ex-United striker told Betfair.

‘I’m not only talking about the second-half, either. United had no gameplan. Or if they did, they didn’t stick to it. City’s talented players were able to exploit United’s weaknesses.

‘Everything about the match was disappointing to me. United are inconsistent. I see no evidence of a plan when I watch them. On paper, they have a talented squad but it doesn’t work out for them on the pitch. 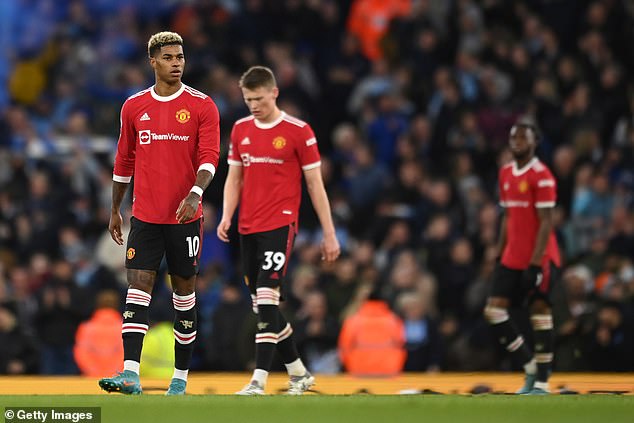 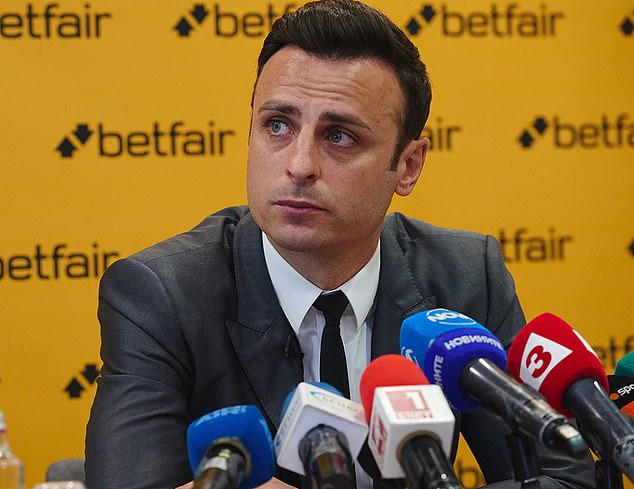 ‘The players and the manager must ask themselves: “What more can I do? How can I do more for this team?” They need to take responsibility.’

A number of United stars underperformed in Sunday’s defeat, but it proved another miserable afternoon for Maguire, who was exposed by City’s free-flowing frontline on several occasions.

Berbatov would like to see Rangnick drop his captain in their next few games, urging the interim boss to ‘give somebody else a chance’.

‘I played with some great leaders at United, such as Nemanja Vidic and Wayne Rooney, and when things are not going well for the team the finger is always pointed at the captain,’ he added. 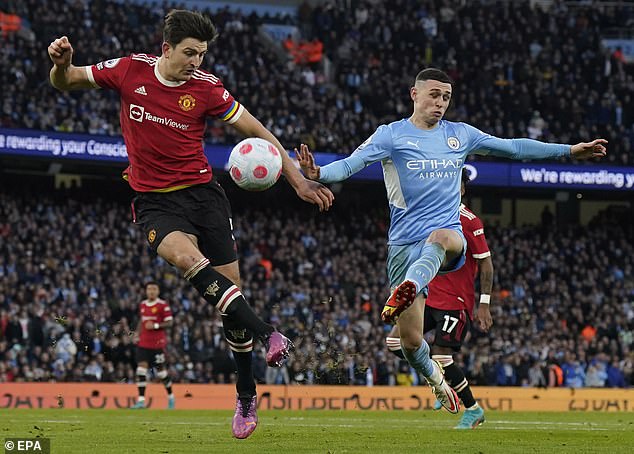 Maguire struggled to cope with City’s frontline, and Berbatov thinks he should be dropped

‘Harry Maguire can perform better. He knows that. The mistakes he is making are damaging his ability to lead the team. He needs to correct his positioning and work on his decision-making.

‘It’s not easy, when you are under pressure, but I have been there and that is the nature of playing for a top club. It is part of being a professional. You need to deal with it.

‘Ralf Rangnick can step in here. Maybe he needs to give Maguire a rest and give somebody else a chance.’