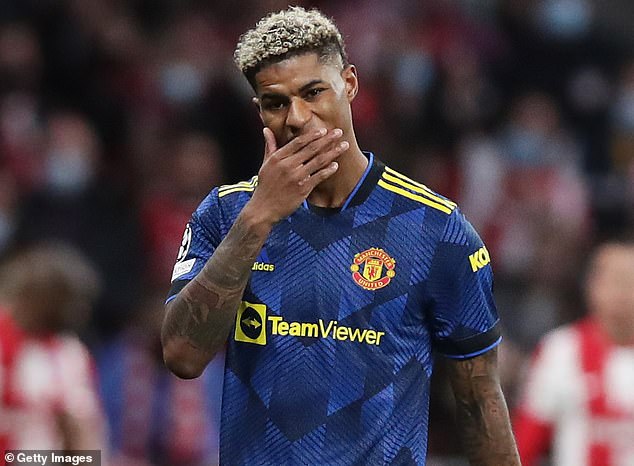 Manchester United boss Ralf Rangnick has revealed Marcus Rashford is ‘not happy with his performance right now’ amid criticism over his recent display against Atletico Madrid.

Rashford, 24, has struggled for consistency in recent seasons at Old Trafford and his woes continued in United’s 1-1 draw away at Atletico.

After failing to impress in the Champions League last-16 tie, the England international drew scrutiny from several angles, with French newspaper L’Equipe brutally giving him a two out of 10 rating on the night.

Marcus Rashford is ‘not happy’ with his recent form for Man United, says Ralf Rangnick

United legend Paul Scholes was critical of his performance, suggesting he is trying to do ‘something magical’ every time he gets the ball, while former Liverpool defender Jamie Carragher feels he should be taken out of the starting XI on the back of his poor run of form.

And ahead of their clash with Watford on Saturday, Rangnick admitted Rashford has also been unimpressed with his recent efforts.

‘He (Rashford) is definitely not injured,’ the United interim boss said.

‘We have spoken a lot about Marcus in the last couple of weeks. I am pretty sure he is not happy with his performance right now but it doesn’t help if we discuss that every week and talk about our thoughts about what it might be.’ 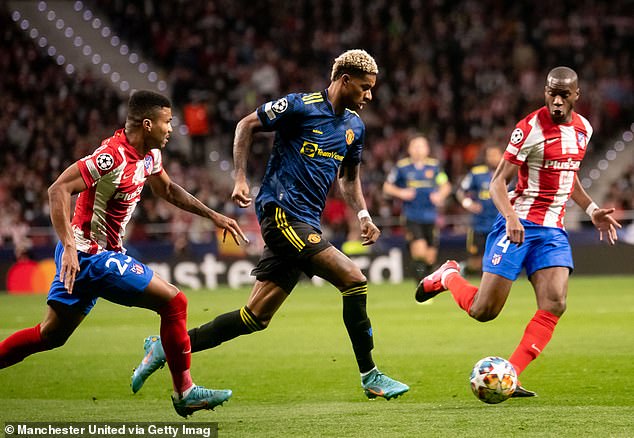 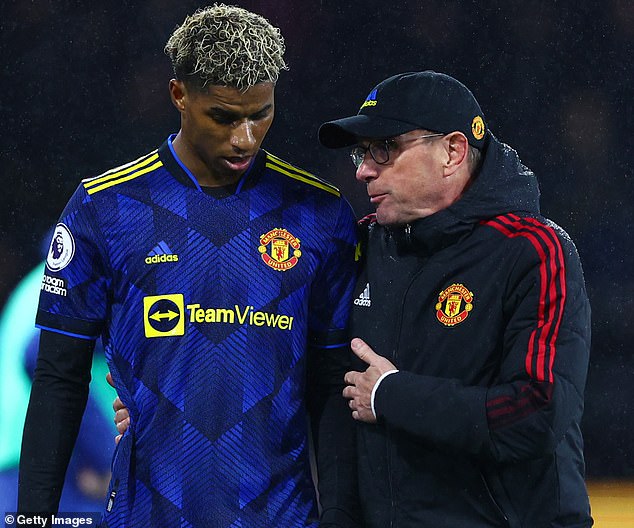 Rangnick then added: ‘Right now he is trying to find his best possible shape and performance and we just try to give him helping hands with everything we can.

‘We show him video footage and speak with him regularly. In training he is in top form, that’s why I decided to play him.

‘Now it’s about having that transformation from training performance to the competition in the league. This is the next step he has to take.

‘We had a very similar situation with Jadon (Sancho) six or seven weeks ago. He is the best example of what can happen. It’s the player himself who has to perform and get the best out of his own performance.’