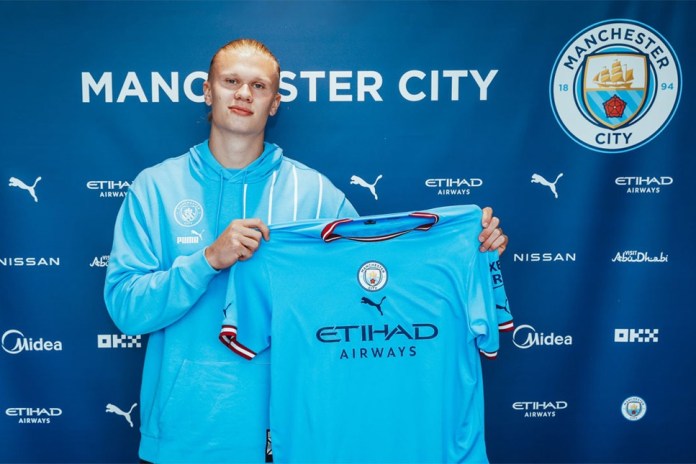 City did not provide financial details of the deal but German media reported that the total cost of buying Haaland could exceed 300 million euros ($314.22 million), including his salary, agent fees and bonuses.

The 21-year-old striker’s value has skyrocketed thanks to his prolific form at Dortmund after joining them from Austrian side Salzburg two years ago.

“I have always watched City and have loved doing so in recent seasons,” said Haaland, who scored 86 goals in all competitions for Dortmund since his debut in January, 2020.

“You can’t help but admire their style of play, it’s exciting and they create a lot of chances, which is perfect for a player like me

“I want to score goals, win trophies and improve as a footballer and I am confident I can do that here,” added the Norwegian who will join City on July 1.

Haaland, whose father Alf-Inge played for City from 2000-03, won the German Cup and the Bundesliga Player of the Season award in 2020-21.

City have been in the hunt to replace Sergio Aguero after the Argentine striker — the club’s all-time top scorer with 254 goals — moved to Barcelona on a free transfer last year.

Brazilian striker Gabriel Jesus never earned a regular place in the starting lineup, with manager Pep Guardiola often deploying a midfielder as a “false nine” to lead the attack.