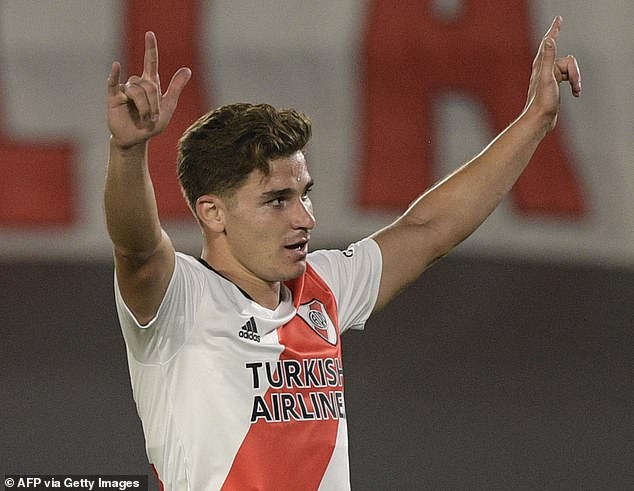 City secured the signing of the River Plate striker for around £14million in January and he will be joining in the summer after seeing out the season in Argentina.

Footage of Alvarez’s latest exploits have City fans looking forward to his arrival after he scored a hat-trick in a 4-1 win over Patronato.

One of his goals in particular was very similar to the kind of strikes Aguero, a hero to City fans, made a regular habit of scoring.

From a tight angle on the right side, he thumped his effort into the net beyond the goalkeeper’s grasp.

‘It’s like watching Aguero all over again,’ wrote one supporter. Another posted: ‘Look forward to seeing this lad for City next season, exciting talent.’ 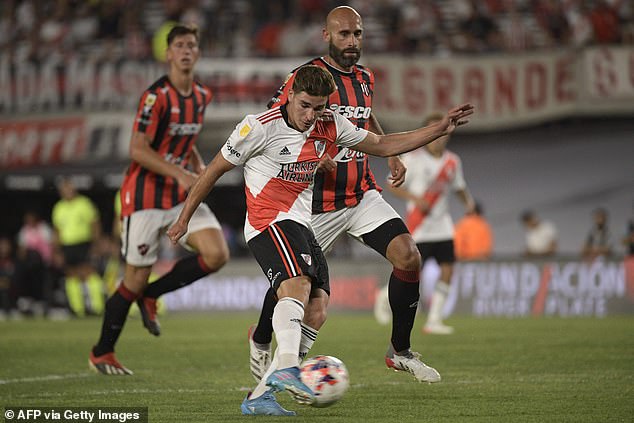 Pep Guardiola is eagerly anticipating working with Alvarez and after he signed in the January transfer window, said: ‘For the age and the price, for many reasons in the future it is a really, really good deal.

‘He is so dynamic. A guy who has the sense of goal. He has the quality, the movement in behind. He is a street player.

‘The club decided that under [River Plate coach] Marcelo Gallardo – one of the best managers in the world – he is going to double-up again. In pre-season he will join us and we will see what happens.’