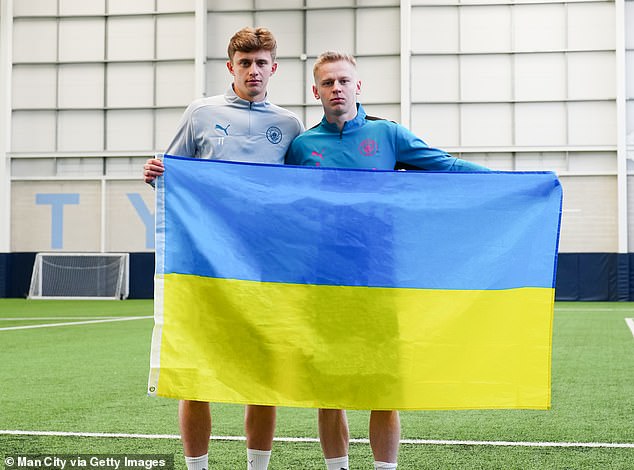 Manchester City are giving a Ukrainian refugee use of their training facilities after his contract was cancelled at a Russian club.

Andriy Kravchuk – a former team mate of Oleksandr Zinchenko in Shakhtar Donetsk’s academy – terminated his deal at Torpedo Moscow after Russia’s invasion of his homeland.

The 23-year-old started training with City’s Elite Development Squad on Thursday and will remain with the Premier League champions until the end of the season.

Zinchenko played a part in facilitating the Ukraine Under-21 international’s arrival after he fled for Manchester.

‘Leaving the club was the only decision,’ Kravchuk said. ‘I felt really uncomfortable. People in Ukraine would not understand me if I continued to play there. I cannot believe it’s happened. In the 21st century, in the middle of Europe. I still can’t find the words.’

Kravchuk became aware of the mass attacks while away on pre-season with Torpedo Moscow in Turkey, awoken at 5am by his mother on February 24 after the first missiles were launched at his homeland.

‘Her first words to me were: “Russia is bombing us.” It’s shock. I was destroyed inside. I am in groups on my phone and always receiving messages with bombing alerts. Every time those alerts come through I am so anxious. Your only thought is that my family can die.’ 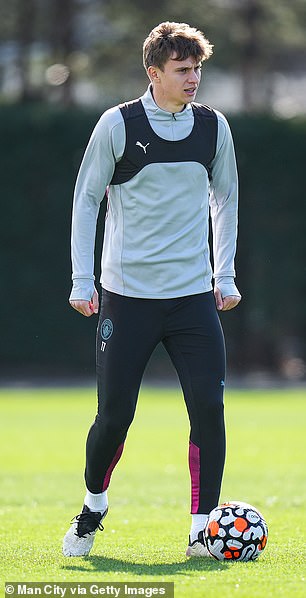 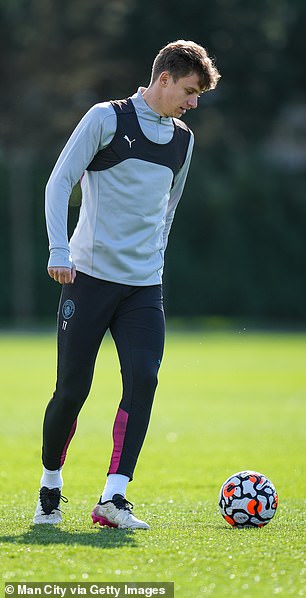 Kravchuk’s family have remained in Kyiv and the central midfielder spoke to them after training at the City Football Academy on Thursday. His brother, Aleks, has joined the resistance within Ukraine’s armed forces to fight Russia.

‘I speak to my brother every day,’ he added. ‘I tell him every day how proud I am of him, for not only protecting our family but the whole country and the Ukrainian people. He is staying and fighting.

‘My family are safe right now but my mother has just told me she can still hear the bombs. I’m really worried.’

Kravchuk – who is currently staying in a local hotel before moving into the CFA’s apartments next week – only joined Torpedo Moscow last year after leaving Olimpik Donetsk. 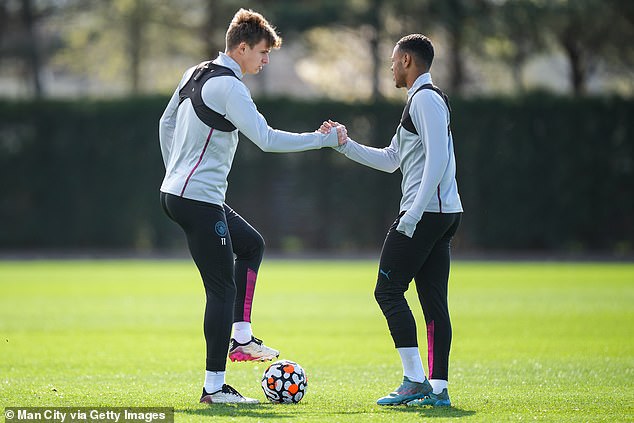 His arrangement with City has been approved by the Home Office, Premier League and Football Association as he searches for a new club ahead of the 2022-23 campaign.

Zinchenko said: ‘While I wish the circumstances were very different, it has been good to be back with Andriy today.

‘I know how much football means to him, and how it can help us during these difficult times. I would like to thank my club for giving him the opportunity to train with us.’

‘I haven’t seen Oleks for a while but he has always been helpful for me – even going back to when we were together at Shakhtar,’ Kravchuk said. ‘I’m really happy to be here with him.’