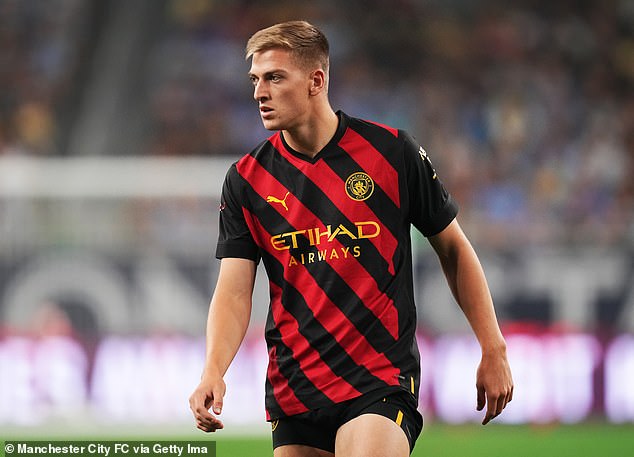 Manchester City youngster Liam Delap is having a medical at Stoke City today ahead of his season-long loan deal.

The 19-year-old striker was attracting plenty of interest from the likes of Southampton, West Brom and Burnley, but the Potters have beaten off the competition, meaning he will join them until the summer of 2023.

The move will see Liam reunited with his dad, throw-in legend, Rory who used to play for Stoke and is now a coach at the Championship side.

Liam Delap (pictured) was attracting interest from plenty of clubs, including Stoke City

Delap spent the entire pre-season with the Premier League champions City, but Pep Guardiola’s side felt it would be good for the youngster to gain valuable first-team minutes.

The striker netted 24 times in 20 Premier League 2 appearances during the 2020/21 campaign, and a further eight in 10 U23 matches last time out, Delap has been close to the first-team at Manchester City on a number of occasions.

He made his Premier League debut in the 2020-21 season in a 5-2 loss to Leicester City and played in the Champions League for the first time against Sporting Lisbon this February. 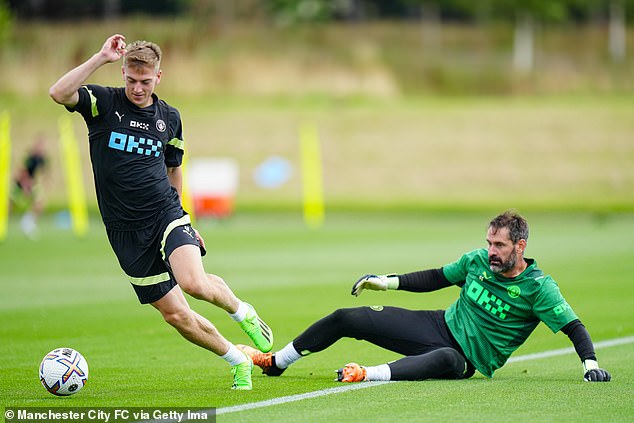 Delap has made six senior appearances for City in total, with just one start – in which he netted in a 2-1 EFL Cup win over Bournemouth in 2020.

The former Derby County academy product was also part of the England side to win the U19 Euros, and came off the bench in the final as the Three Lions beat Israel 3-1 after extra time.

His dad Rory became a cult hero at Stoke, with the defender’s explosive throw-ins under Tony Pulis becoming the stuff of Premier League legend. 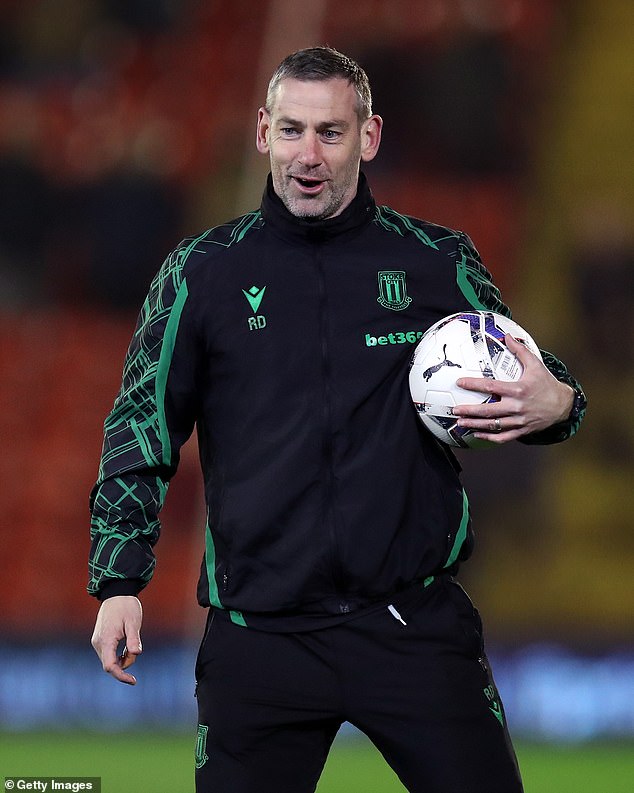 The Republic of Ireland international went on to make more than 200 appearances for The Potters.

The former Southampton and Sunderland defender has since joined the coaching staff and is now the assistant manager to Michael O’Neill.

Liam will be hoping he can have an impact like his dad and become a fans favourite during his brief spell with Stoke.