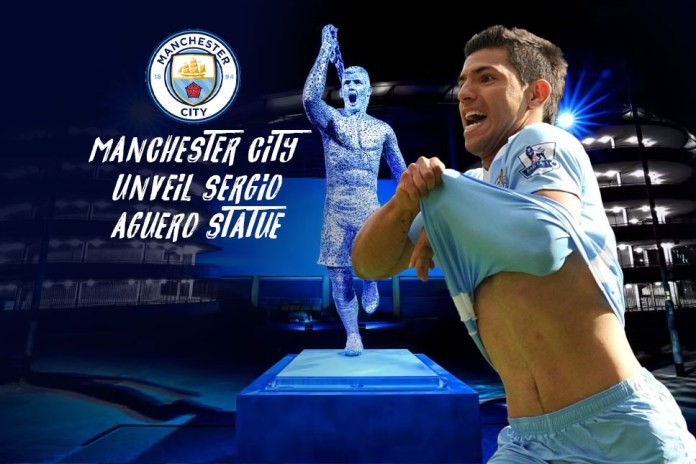 Notably, one of the most famous incidents in Manchester City’s history took place in their last game of the 2011/12 season. Playing against Queens Park Rangers, Manchester City needed a win to lift the Premier League title.

The scoreline was 2-2 till the 93rd minute and it seemed that the title will be won by Cityzens’ arch-rivals, Manchester United. However, in the 20th second of the 94th minute, magic unfolded at the very same Etihad Stadium as Sergio Aguero scored for Manchester City to help them win the title.

Speaking on the statue and Aguero’s influence in the team, Manchester City chairman Khaldoon Al Mubarak said “Sergio Aguero’s contribution to Manchester City in a defining era for the club cannot be overstated. He is without doubt one of the greatest players that has ever played the game.”

“It is only fitting that Sergio has been recognised with a statue of his own, in celebration and honour of his accomplishments in one of the most important chapters of Manchester City’s rich and long history,” the chairman further added.

Meanwhile, Aguero also thanked the club for this gesture by saying “Truthfully, it is a very beautiful thing for me, to see myself 10 years ago is very moving.” Overall, the Argentine star had played 390 matches for the English team, for whom he scored 260 goals.