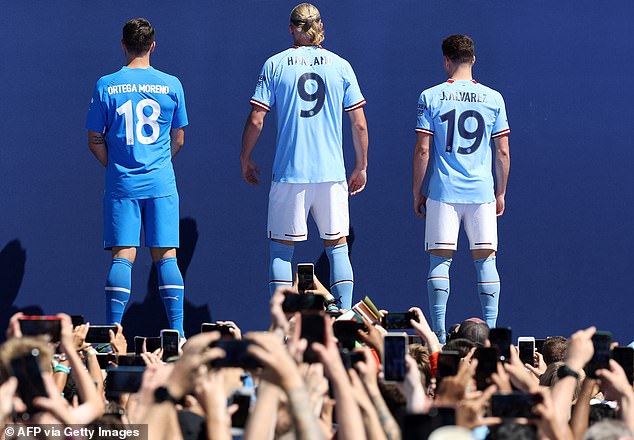 Manchester City’s unveiling of £51m star Erling Haaland, striker Julian Alvarez and goalkeeper Stefan Ortega is delayed due to a medical emergency at the Etihad

Manchester City’s unveiling of Erling Haaland at the Etihad Stadium was delayed by a medical emergency in the crowd on Sunday.

Supporters gathered outside the ground this afternoon to catch a glimpse of the £51million star, as well as Man City’s other new summer signings Julian Alvarez and Stefan Ortega.

England international Kalvin Phillips, who joined Pep Guardiola’s side for £45m from Leeds, was unable to attend due to illness. 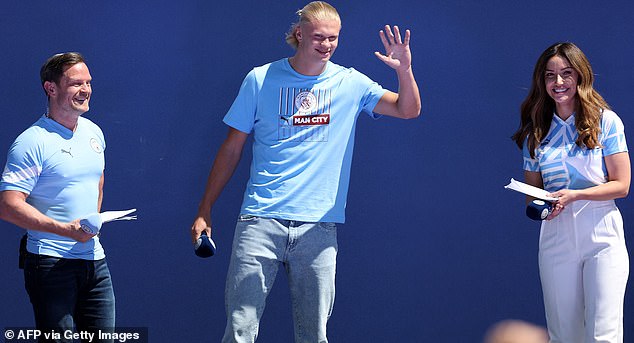 Really gutted that I wasn’t feeling well enough to make the @ManCity unveiling today. I’ll see you all soon, thanks for making me feel so welcome already 💙

The midfielder said on Twitter: ‘Really gutted that I wasn’t feeling well enough to make the Man City unveiling today. I’ll see you all soon, thanks for making me feel so welcome already.’

However, the start of the event was halted following a medical emergency.

Presenters Danny Jackson and Natalie Pike were forced to stall the unveiling and direct medics towards a section of the crowd, noticing a supporter in need of medical attention.

‘Could we get another medic please to where the arms are up?’ Pike said during Man City’s live stream of the event on YouTube.

Jackson added: ‘Just to the left of the stage where I am here, could we get some medical assistance once again?’ 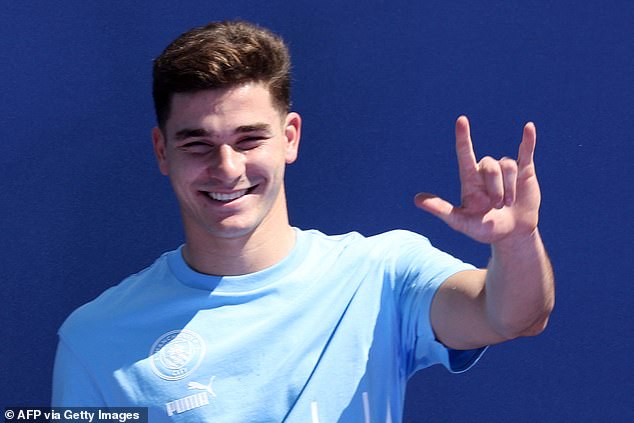 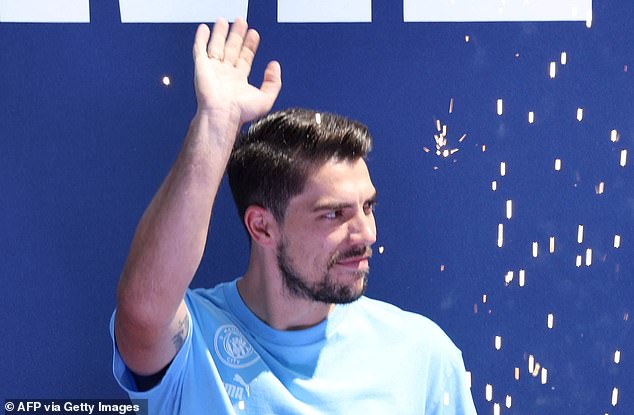 Although there is no information as to the nature of the incident, the extreme heat surrounding the Etihad is likely to have been a contributing factor.

At the event, Haaland said: ‘My expectations for this season are to get to know the new team, to build the connections and have fun.

Throughout his time in Germany at Borussia Dortmund, Haaland scored 61 Bundesliga goals in 66 appearances, netting 22 in 24 matches last campaign.