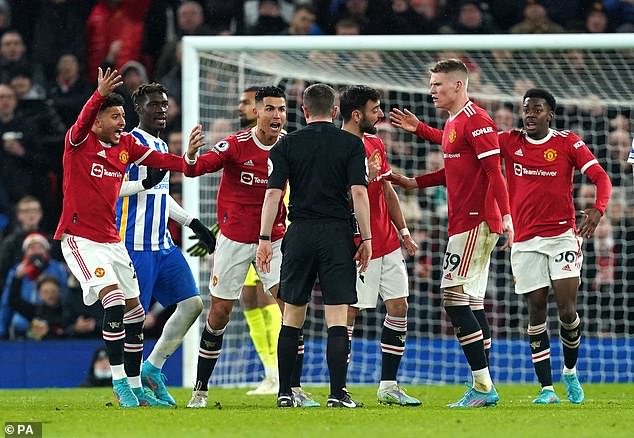 Manchester United have been charged by the FA after the players angrily surrounded the referee following Lewis Dunk’s challenge on Anthony Elanga in Tuesday’s 2-0 win over Brighton.

United players swarmed referee Peter Bankes after the Brighton captain brought the 19-year-old forward down on the edge of his box in the 53rd minute of the match after conceding possession cheaply.

Dunk was initially shown a yellow card for his challenge, causing furious United stars including Bruno Fernandes – who was subsequently booked himself –  to vehemently protest the decision. 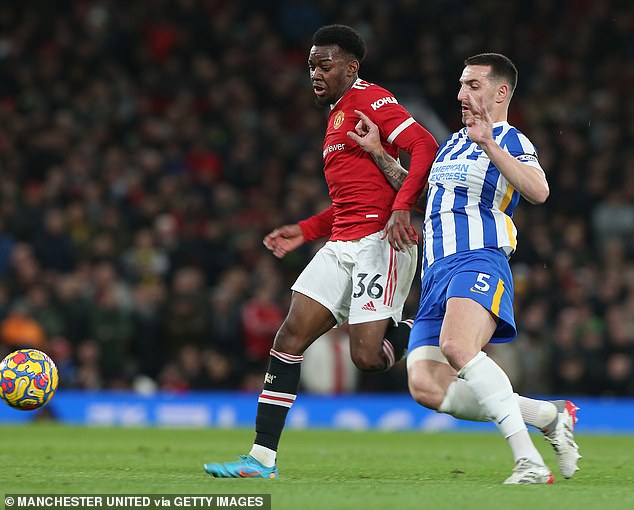 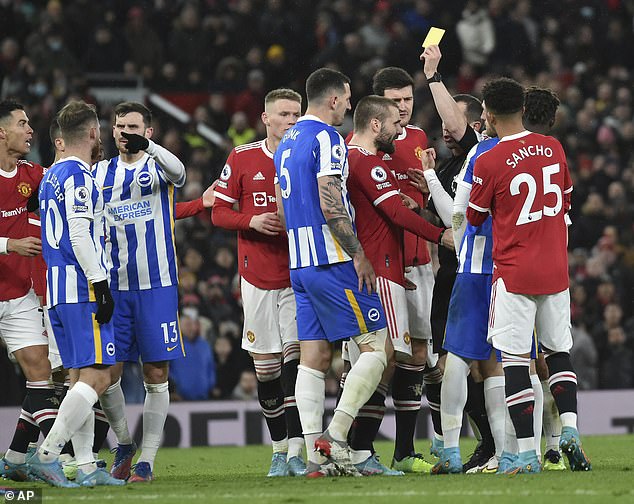 An FA statement read: ‘Manchester United FC has been charged with a breach of FA Rule E20.1 following its Premier League game against Brighton & Hove Albion FC on Tuesday [15/2/22].

‘It is alleged that Manchester United FC failed to ensure its players conducted themselves in an orderly fashion during the 53rd minute, and the club has until Monday [21/2/22] to provide a response.’

However, centre-back Dunk was then shown a red card after the referee upgraded his decision after being advised by VAR official Jarred Gillett to consult the pitchside monitor.

But Brighton boss Potter hit out ay the decision, claiming it was not a ‘clear goalscoring opportunity’. 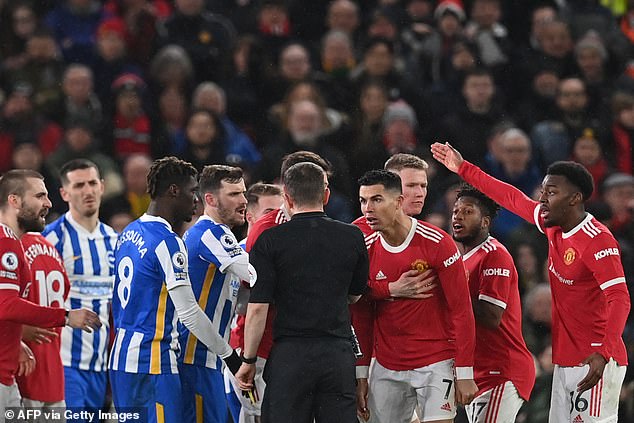 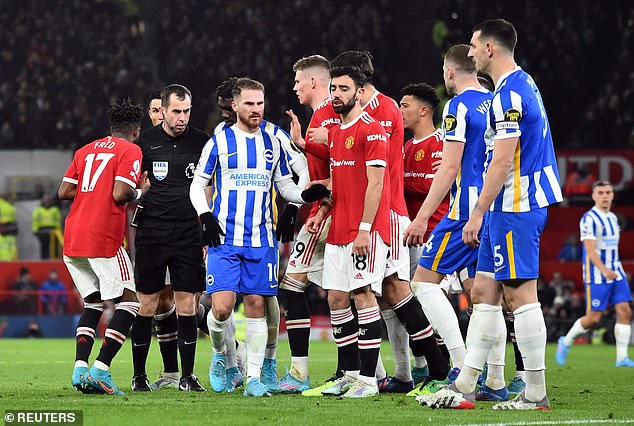 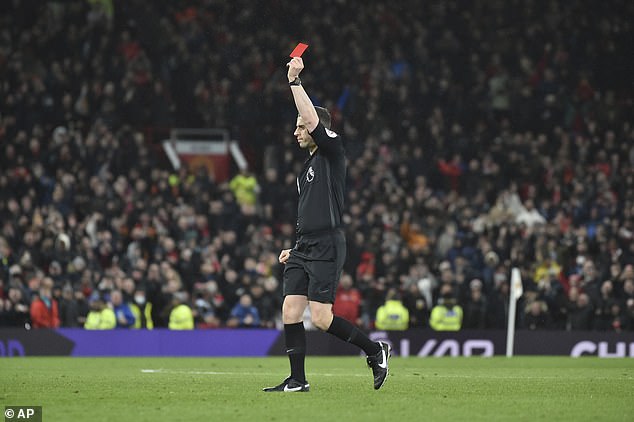 ‘That is what I saw,’ he said. ‘It was a yellow card live, Webster was there on the cover. It’s not clear and obvious that he wouldn’t get there. I don’t understand the intervention.

‘I’d like to see some stats because as soon as the referee goes to the monitor it is only going to go one way, and that’s how it is.’

Asked about the actions of United’s players, he added: ‘I think you’re asking the question so you are answering it.

‘I don’t blame them. I’m not being critical, it is what it is. You expect that reaction – they have got to do their bit for their team. 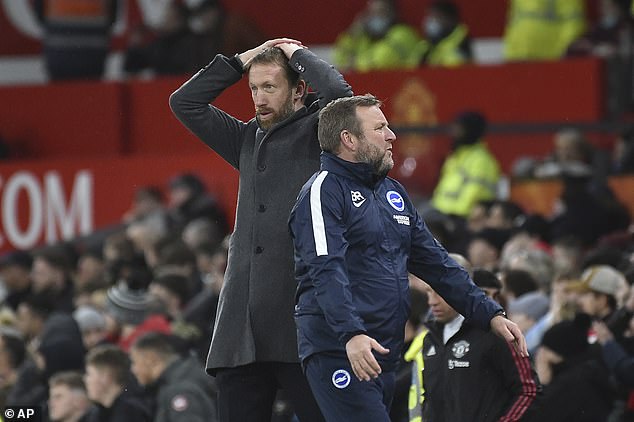 Brighton boss Graham Potter (left) hit out ay the decision, claiming it was not a ‘clear goalscoring opportunity’

‘Then you need the referee and VAR to make calls independent of external pressure which isn’t easy.’

Fernandes then added a second on the break in the seventh minute of stoppage time as United leapfrogged West Ham into the Premier League top four.