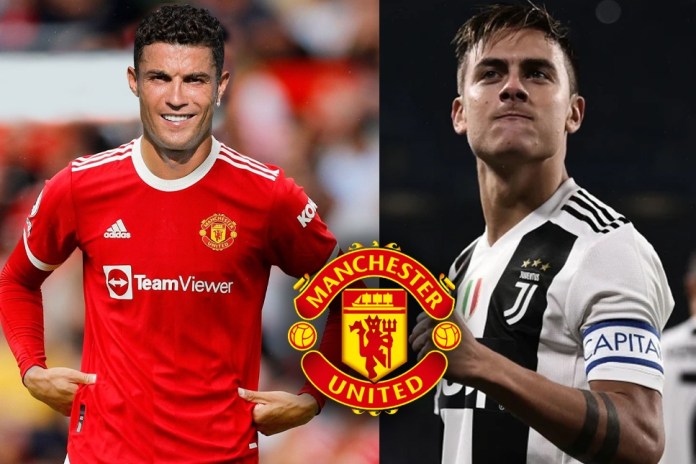 Football Transfers: Manchester United Seeks Paulo Dybala – Manchester United have upped their pursuit for a new striker after receiving the shocking news of Cristiano Ronaldo wanting to leave the club. This move has made the Red Devils eye Paulo Dybala as their next target. The Argentine forward is a free agent and it can be expected that Premier League will be his next destination. Follow Latest Football News LIVE with InsideSport.IN

Manchester United’s star forward Cristiano Ronaldo was reportedly frustrated with the lack of transfer activity with the English club this summer. Ronaldo has also been disturbed by the club opting to choose three managers after Ole Gunnar Solksjaer left his post in November of last year.

Manchester United would only be reluctant to do away with Cristiano Ronaldo if they receive a suitable offer. With 1 year still left in Ronaldo’s contract, United intends to run it down. However, as per reports from La Repubblica, United has made contacts with Paulo Dybala’s agents to sign the free agent.

Dybala who was a part of the Juventus squad for over seven years ran down this contract and is a free agent this summer, in pursuit of his next club. Manchester United will meet strong competition to sign the Argentine forward from other clubs like Inter Milan, Napoli, Tottenham Hotspur, and others.

Though Dybala wanted to stay at Turin, the club not eager to keep the 28-year-old forward ran down his contract. Previously, Manchester United had made advances to sign the forward during Jose Mourinho’s reign at Old Trafford.

Ronaldo who is 37 years old now wants to spend the remaining years of his club career playing UEFA Champions League football. He has played in the champions league in the last 19 editions of the tournament.

Manchester United’s new manager Erik Ten Hag had roped in Tyrell Malacia as the first signing of the transfer window. Frenkie De Jong is another target for the Red Devils. Though the high-priced transfer is not done and dusted, United is also eyeing the Ajax duo of Lisandro Martinez and Anthony.