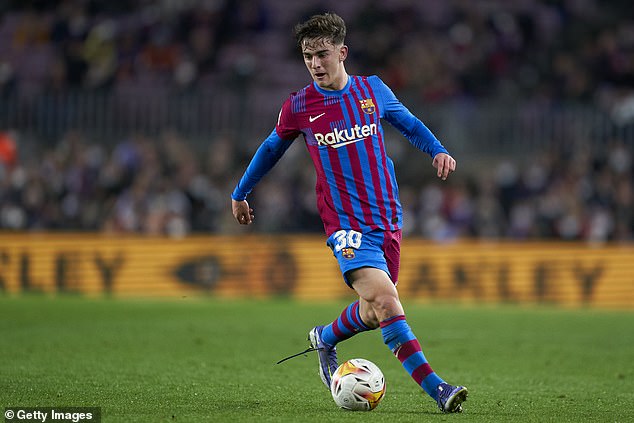 Manchester United, Liverpool and Chelsea ‘are monitoring Barcelona wonderkid Gavi’s contract situation -which expires next summer – with teenage sensation having a £42m buyout clause until June 30 this year’

Liverpool, Manchester United and Chelsea are used to competing on-the-pitch and the trio are now doing battle off it as they scramble for the signature of one Europe’s young dazzling talents.

According to Mundo Deportivo, the Premier League trio are all monitoring the progress of Barcelona wonderkid Gavi – who will be a free agent next season. It should be noted though Chelsea’s interest is now in doubt due to their sanctioning by the UK Government last week.

The Spanish publication report that talks over a contract renewal between the 17-year-old and Barcelona have stalled – with the two parties far apart in terms.

The midfielder has a buyout clause of £42million up until June 30 if the aforementioned clubs are to pursue a move for the teenager. After that it rises to £84m.

Paris Saint-Germain and Bayern Munich are also in the running for the Spain international.

Speaking about Gavi’s contract situation, Barca president Joan Laporta recently said: ‘With these renewals, the player has a lot to say.

‘That is why I am very grateful to those who have been renewing because they understand and value what Barca is. That is what I ask the players. If they want to stay at Barca, they will stay. 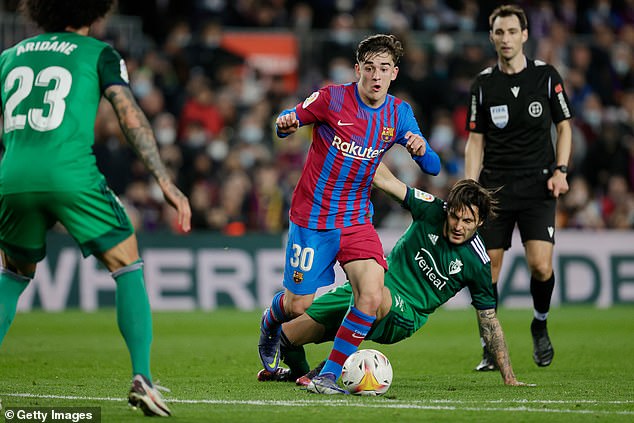 ‘In addition to the sporting journey, which will surely be very good, they know that they will be recognised and valued professionally with a good contract. I hope it is the same case with Gavi.

‘I hope we can reach a satisfactory agreement for both parties but I insist that the first thing is Barca.’

Despite his age, Gavi has become an important member of the first-team picture at the Nou Camp – having made 33 appearances in all competitions for the club this season so far. 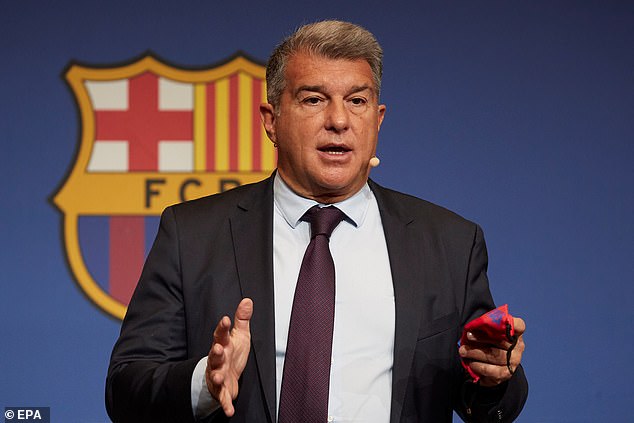