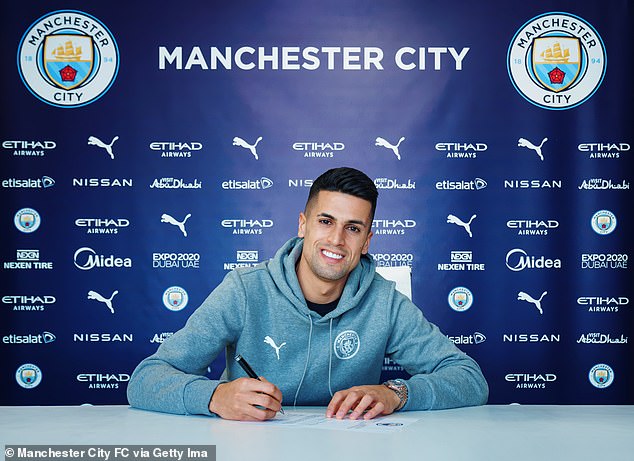 The Portuguese international instead opted to join rivals Manchester City and has just agreed a new two-year contract extension following his impressive start to life in the Premier League. 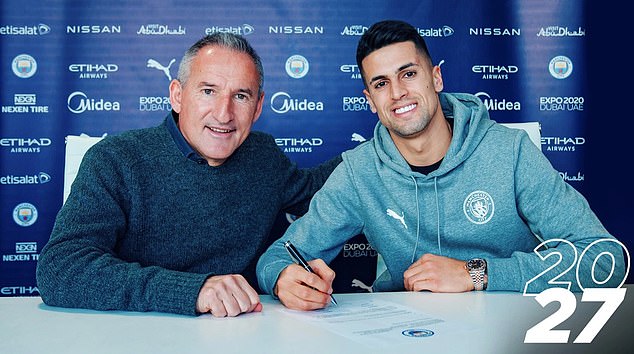 Woodward repeatedly ignored and Cancelo eventually signed for Juventus before sealing a big £60million move to City in 2019.

Cancelo has since been one of the Premier League’s star performers since his arrival and now he has been rewarded with improved terms on his £80,000-a-week deal after establishing himself as a key player in Pep Guardiola’s side.

The 27-year-old has scored seven goals and registered a further 14 assists in his 106 appearances along with winning three major trophies. 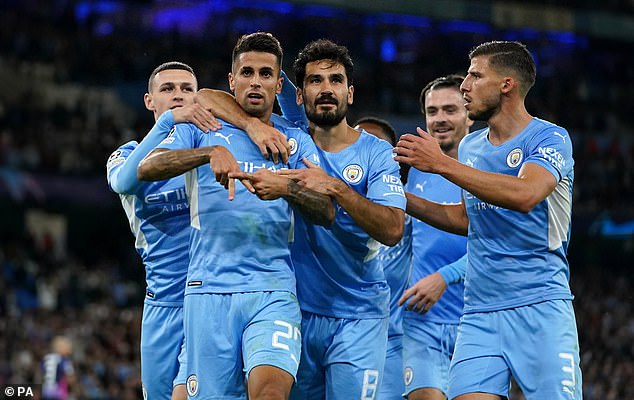 His contract will now run up until the summer of 2027 after his new extension.

Cancelo told the club website: ‘It made complete sense for me to extend my contract here, also for my family as well. I feel great in this club and my teammates help me to improve every day.

‘It’s an amazing group here. I think we all have a great relationship with each other, and I met some great friends in the team that I didn’t know before.’

Fans however feel that it is irrelevant that the Red Devils missed out on the star full-back as he probably wouldn’t have fulfilled his potential or developed at Old Trafford like he has under Guardiola at City. 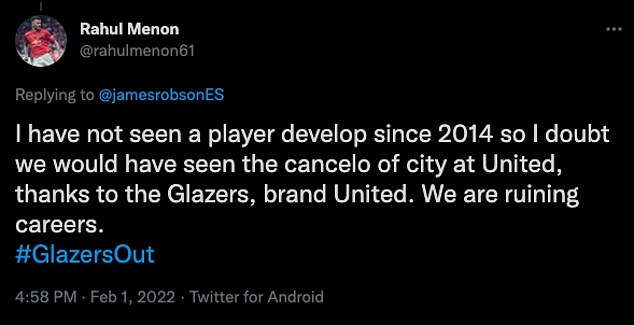 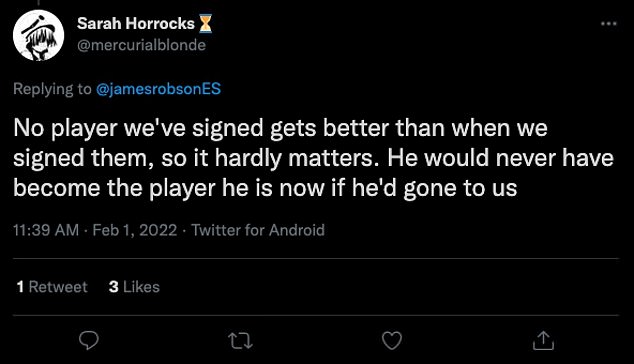 Plenty of fans replied to the reports of United opting against signing Cancelo by saying: ‘No player we’ve signed gets better than when we signed them, so it hardly matters. He would never have become the player he is now if he’d gone to us.’

Another fan said: ‘I have not seen a player develop since 2014 so I doubt we would have seen the Cancelo of City at United. Thanks to the Glazers, brand United. We are ruining careers.’

One other fan stated: ‘Difference is, we had Ole, they have Guardiola. Cancelo would have been a flop at Utd.’