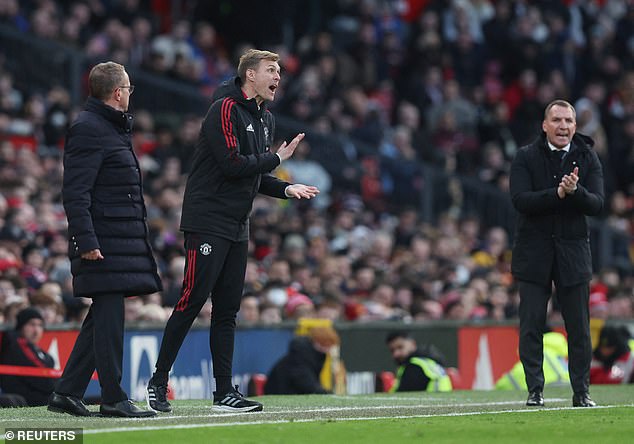 Ralf Rangnick ‘is NOT happy with Darren Fletcher shouting to his players from Man United’s bench during games – and asked him to stop’, weeks after the technical director’s f-word row with a fan

Manchester United interim boss Ralf Rangnick is reportedly not happy with Darren Fletcher shouting out instructions to his players from the bench during recent matches.

Former United midfielder Fletcher was brought back to the club by Ole Gunnar Solskjaer in January last year, initially taking up a coaching role with the first-team squad.

He was appointed the club’s first-ever technical director two months later, and is now working closely with Ralf Rangnick, who replaced Solskjaer as head coach on an interim basis following his sacking in November.

The relationship between Rangnick and Fletcher has become an awkward situation, as Fletcher has kept his matchday position on the bench, while also participating in the meetings to decide the man who will take the job Rangnick had wanted for himself.

It is not uncommon in German football for the sporting director to sit with the manager and his staff but Rangnick has taken issue with Fletcher shouting instructions during games and asked him to stop doing so, according to The Telegraph.

It could have something to do with the fact that Fletcher has been a big part of United edging closer to appointing Ajax manager Erik ten Hag to replace Rangnick behind the scenes all while the Red Devils continue to endure a miserable season. 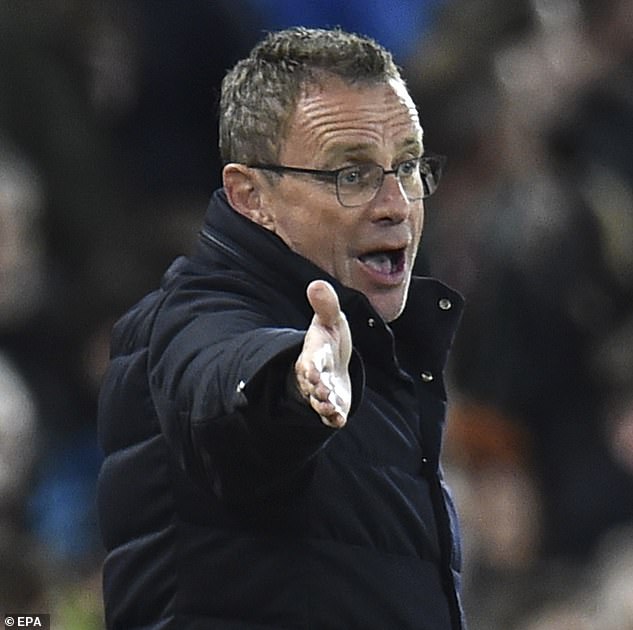 It has also surprised Rangnick that Fletcher has also occasionally opted to participate in training when the first team group has been a player short.

Fletcher also reportedly told an angry United fan ‘who the f*** are you’ as the pair clashed during the 1-1 Premier League draw against Leicester City earlier this month.

A Red Devils supporter in the South Stand named Jamie Caplan, 25, stood up and raged at the United bench when Kelechi Iheanacho headed in the opener for Leicester.

Fletcher took offence and exchanged verbals with the fan, who was then accompanied out of the stands by stewards. 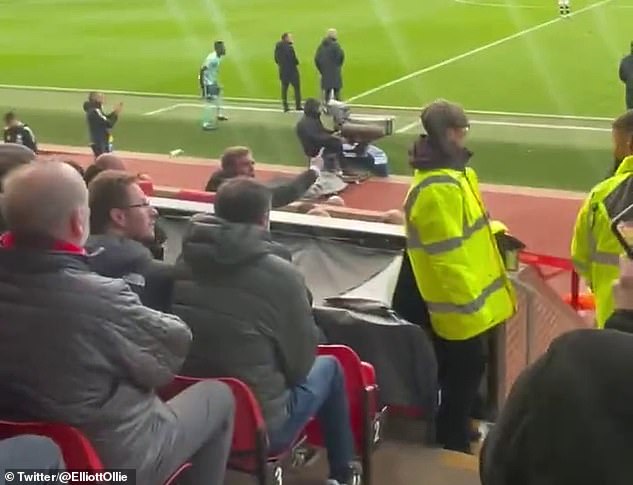 But Jamie, an architectural glazier by day, revealed he had voiced his frustration by simply claiming the club, players and staff ‘don’t care’. He added that Fletcher’s response was a foul-mouthed one which he ‘took very personally’.

He told Manchester Evening News:  ‘He’s the one who took offence and turned around and asked me who the f*** I was and to sit down. That’s when I went back at Fletcher because I took that very personally.

‘I then went into a bit of a rage, so he didn’t say much then. And then Scott McTominay turned around. I couldn’t make out what he was saying because I was already walking up the stairs by this point.’ 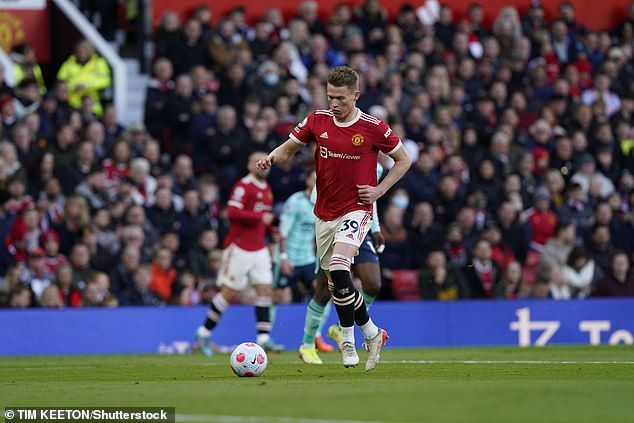 Scott McTominay was also involved, having just come off after 55 minutes of the game

McTominay had been on the pitch for 55 minutes before being replaced by Marcus Rashford.

‘As a matchgoing fan, I put a lot of money into the club, I go watch them a lot. ‘”Where’s the f***ing fight? You don’t care.” That’s pretty much word-for-word what I said. He (Fletcher) didn’t like it. But he can’t be in denial, he was there. He knows the standards that are required to be top-level.

‘He was in a dressing room with Roy Keane and if he turned around to me and say that’s a good enough United side then he’s a liar and I don’t believe him. Just look at all the old pros, they all say the same thing, it’s just not there, the desire. It isn’t there.’

Rangnick and Fletcher must find a way to make their relationship work in the final five matches of the season, if the Red Devils have any hope of finishing in the top four, or even among the Europa League places.

United will travel away to top four rivals Arsenal on Saturday (12.30pm) in a must-win match to remain in the hunt.

The Red Devils currently sit sixth in the Premier League, three points behind both Tottenham and Arsenal. 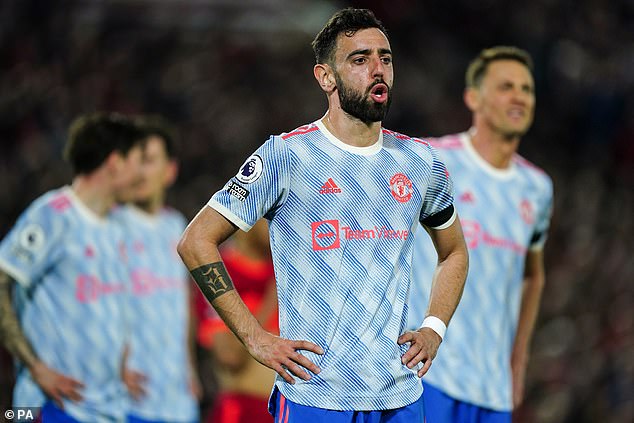