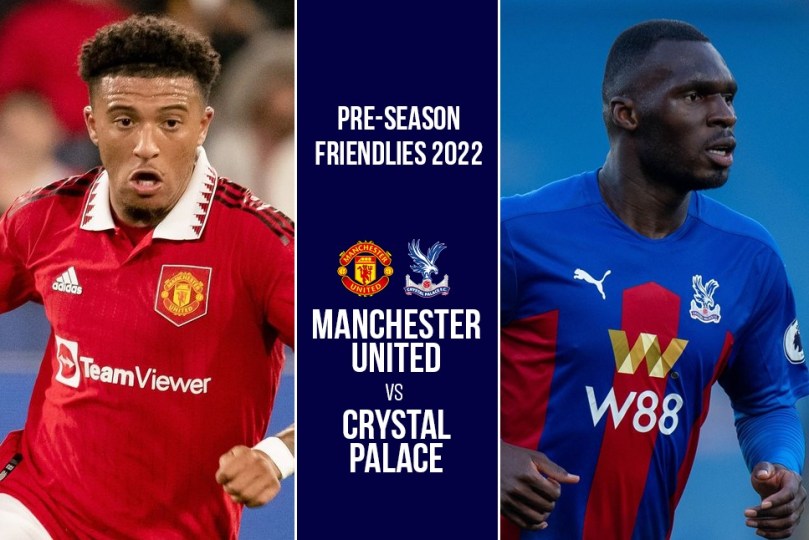 Manchester United vs Crystal Palace LIVE: Man United’s Pre-Season Friendlies 2022 – Manchester United will be bidding to make it three victories from their opening three pre-season matches when they take on fellow Premier League side Crystal Palace on Tuesday. The Red Devils have beaten Liverpool and Melbourne Victory in their two friendlies this summer, while Palace will enter this contest off the back of a 2-0 loss to Liverpool in Singapore on Friday. Follow Man United vs Crystal Palace Pre-Season friendly LIVE score and news updates with InsideSport.IN

Tomorrow night we take on @ManUtd at the @MCG 🤩

Man United were without David de Gea and Raphael Varane for the clash with Melbourne Victory, but both players are expected to be available for the contest with Palace.

Marcus Rashford could come back in for Anthony Elanga, while Jadon Sancho and Martial are also expected to feature in the final third of the field on Tuesday.

Donny van de Beek and Malacia are perhaps the two players pushing hardest to break into the starting side, but Luke Shaw should retain his spot at left-back, while Bruno Fernandes is expected to continue as the number 10.

There has not yet been a tour appearance for either Hannibal Mejbri or Alejandro Garnacho, while James Garner, who impressed on loan at Nottingham Forest last season, has been unavailable for selection through injury.

Midfielders Jesurun Rak-Sakyi and Killian Phillips were both in the starting side against Liverpool, and the pair could again be handed opportunities to impress here.

Vicente Guaita, Joachim Andersen, Nathaniel Clyne, Tyrick Mitchell, Joel Ward and Luka Milivojevic should all start once again, though, with Vieira set to use his senior players from the first whistle.

Jean-Philippe Mateta, Odsonne Edouard and Jordan Ayew started as the front three against Liverpool, meanwhile, and that is again expected to be the case in this match.

There will again be chances for a number of youngsters to impress, including Ebiowei, with the recent arrival from Derby featuring off the bench against Jurgen Klopp‘s side.

MUN vs CRY Friendly LIVE: When, where and how to watch Man United vs Crystal Palace Pre-Season Friendly Live Streaming in India?

When will Manchester United vs Crystal Palace be played? – Date

What time will Manchester United vs Crystal Palace be played? Time
MUN vs CRY match will kick-off at 3:40 PM – IST

Where will Manchester United vs Crystal Palace be played? – Venue
MUN vs CRY will be played at the Melbourne Cricket Ground (MCG)

For fans in India the match will only be live streamed on Manchester United’s Official App MUTV. Fans can also follow the action and match buzz through the team’s social media accounts.