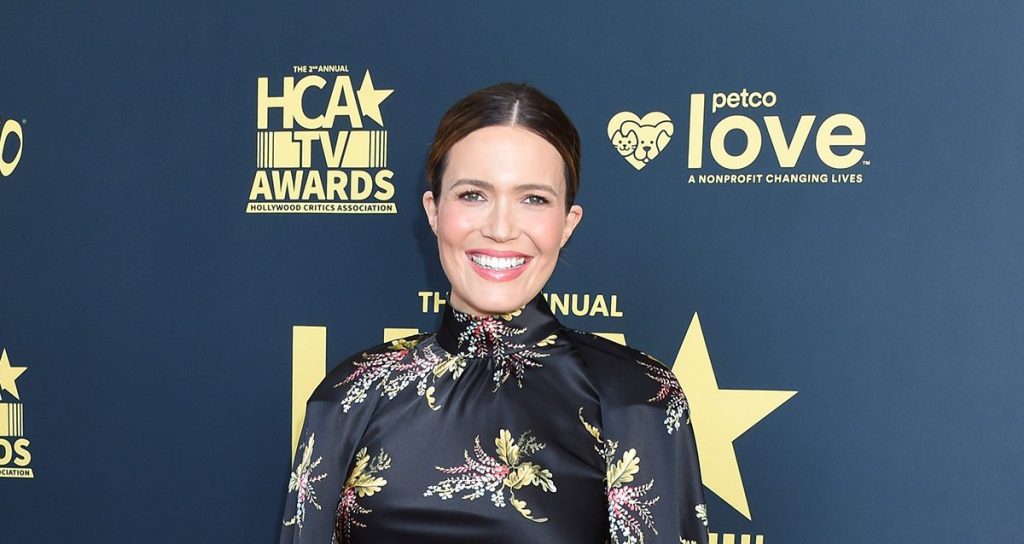 Mandy Moore’s elegant style never goes unnoticed. Such was the case when the actress graced the red carpet at the Hollywood Critics Association TV Awards on Aug. 13 in Los Angeles.

Moore wore a satin floral-print dress from Rodarte’s Fall 2022 Ready-to-Wear collection to the event. The silhouette consisted of a mock turtle neckline and a caped detail across the shoulder. She was styled by Kevin Michael Erikson.

She accented the dress with a pair of Gianvito Rossi Bijoux 105 leather sandals in black. For jewelry, she wore a single ring on each hand.

Moore was honored with the Virtuoso Award, which recognizes her standout career as an actress. “Thank you to the HCA. This is wild. I’m so honored to just be invited to the party and let alone have the chance to be up here is just beyond my comprehension,” she shared in her acceptance speech.

She also took home a trophy in the Best Broadcast Network Series, Drama category for her role as Rebecca Pearson in the critically acclaimed NBC show “This Is Us,” which ended after six seasons on NBC.