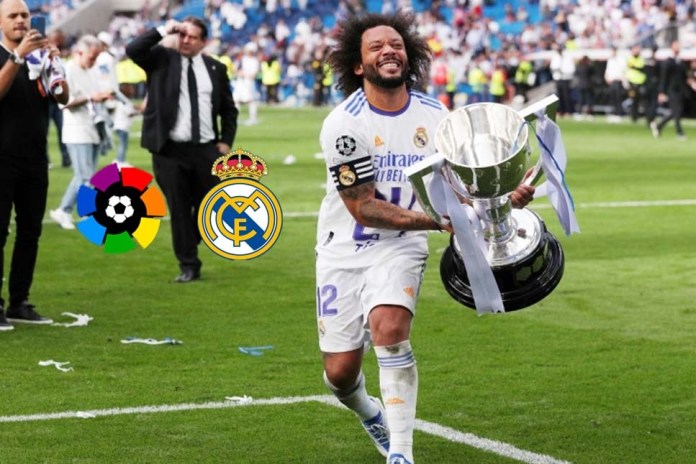 La Liga: Marcelo attains LEGENDARY status at Real Madrid, becomes Los Blancos’ most DECORATED player- Marcelo further enhanced his legendary status at Real Madrid on Saturday. After clinching the La Liga title against Espanyol at the Santiago Bernabeu, the club captain now boasts 24 trophies on his silverware list as the Brazilian is now the most decorated player in the club’s history. Follow InsideSport.IN For more updates

Marcelo is in his sixteenth season at Real Madrid, making him the foreigner who has made the most appearances for the club. Since making his debut on January 7, 2007, against Deportivo, he has amassed 545 appearances and scored 38 goals for the Los Blancos.

Having claimed the 35th league title, the captain said, “It’s the most incredible thing. We’ve won LaLiga as a result of the hard work of the whole team. We have to keep winning. This is the result of hard work, enjoyment, sacrifice… We’ve managed to win it by combining all the factors.”

“The best thing is to be able to celebrate with the fans after playing at home. It’s the most incredible thing that a player can experience. It’s a day to celebrate, even though we’re aware that we’ve got an important game coming up, but it’s okay to celebrate and remain focused and motivated for Wednesday,” he added.