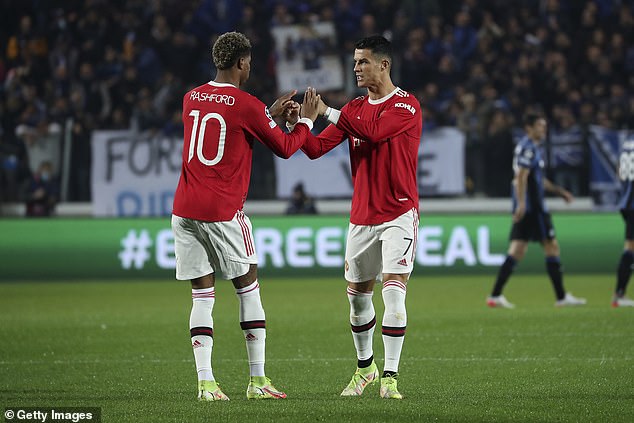 ‘Please stop looking for divides!’: Marcus Rashford hits out at German reports that he and Man United’s other English contingent are ‘irritated’ by Cristiano Ronaldo as he plays down talk of dressing room split

Marcus Rashford has rubbished claims of disharmony with Manchester United’s squad, insisting that they are all pushing in the same direction.

On Wednesday afternoon, Christian Falk head of German publication Sport Bild, reported that all is not well within the United dressing room – with Cristiano Ronaldo causing factions.

Taking to Twitter, Falk wrote: ‘English players like Harry Maguire, Marcus Rashford & Co are irritated that Ronaldo wants to lead the dressing room with his own clique. There is a risk of a split in the team @ManUtd’. 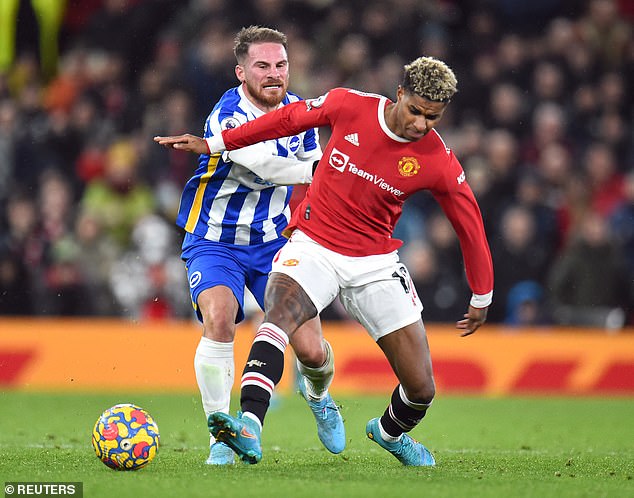 He’s shut down reports from Germany, insisting that they should ‘stop looking for divides’

TRUE✅ The English Players like Harry Maguire, Marcus Rushford & Co are irritated that Ronaldo wants to lead the dressing room with his own clique. there is a risk of a split in the team @ManUtd pic.twitter.com/mnOFJVmO3S

However, Rashford was quick to shut those reports down in emphatic fashion.

‘Are we just making it up as we go along now then?’ he quote-tweeted Falk. ‘Please stop looking for divides.’

Falk’s claims are the latest negative report about Ronaldo within Old Trafford.

AS claim that the five-time Ballon d’Or winner believes Rangnick does not have the ability to manage United and is out of his depth at Old Trafford.

And to make matters worse, Rangnick is said to have angered Ronaldo further last Friday, after he accused the forward of not performing in front of goal.

Other attempts from elsewhere in the dressing room have been made to undermine Rangnick and his coaching staff.

Last week it was claimed that some United players refer to Rangnick’s No 2, Chris Armas, as Ted Lasso – the hapless coach in an Apple+ TV series. 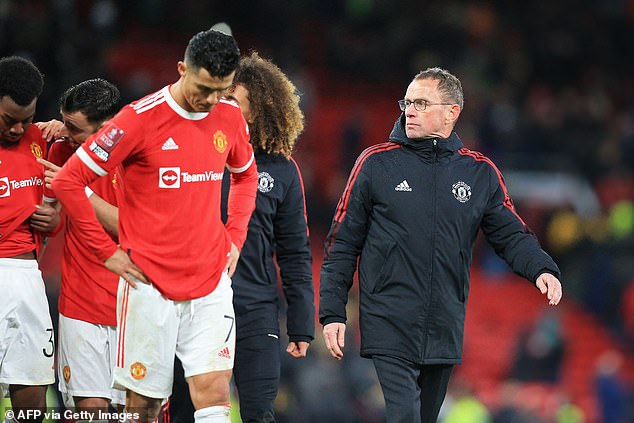 Ronaldo’s relationship with Ralf Rangnick’s is ‘completely fractured’, according to AS 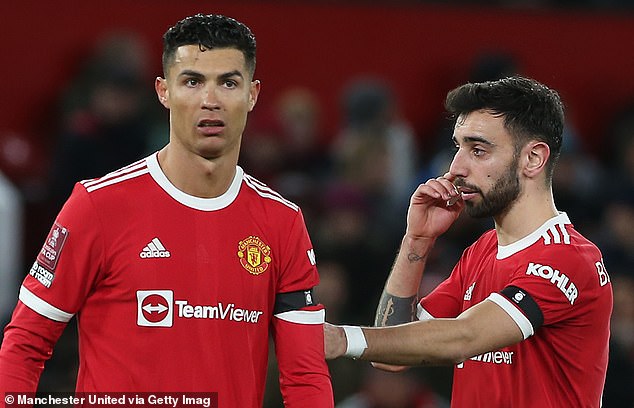 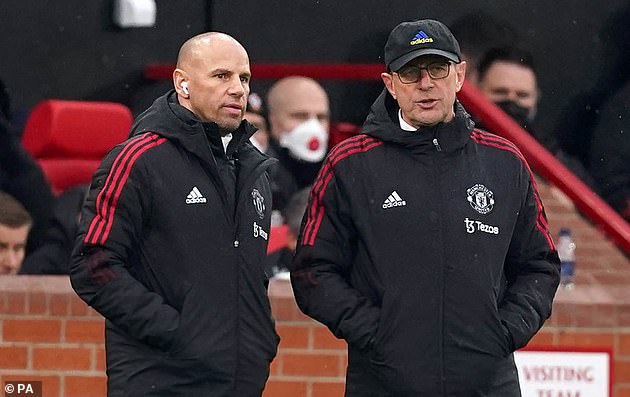