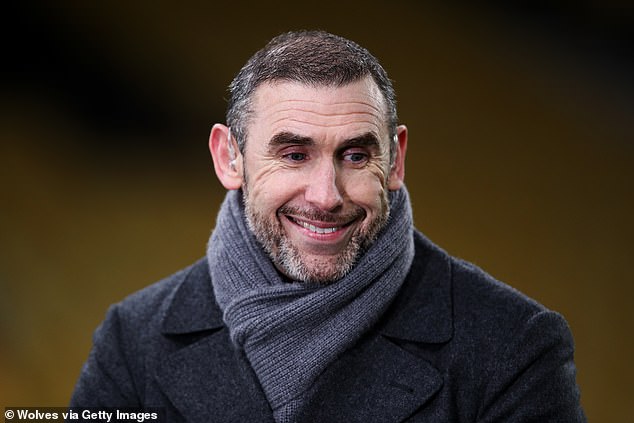 Arsenal legend Martin Keown believes Bukaya Saka is better suited to filling in at left-back for Kieran Tierney, rather than understudy Nuno Tavares and Granit Xhaka.

Tierney will miss the remainder of the season with a knee injury and 22-year-old Tavares was expected to come in and deputise.

However, Tavares produced a horror show in the Gunners’ 3-0 defeat to Crystal Palace on Monday night, with fans questioning his ability to provide cover. 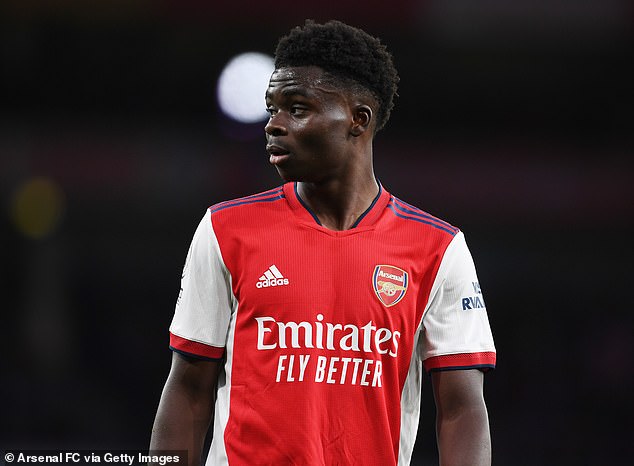 Saka, 20, continues to impress for Gunners and would be missed in the final third of the pitch

Keown claims Arteta should look beyond Tavares and utilise Saka in the position, with the England international previously playing in the role.

Speaking on talkSPORT, he said: ‘Well, he [Tavares] probably isn’t [good enough]. But if that was your boy out there, taken off after 25 minutes against [Nottingham] Forest.

‘I would never have seen Wenger do that. He would have waited for the second half. This week he was taken off at half-time. 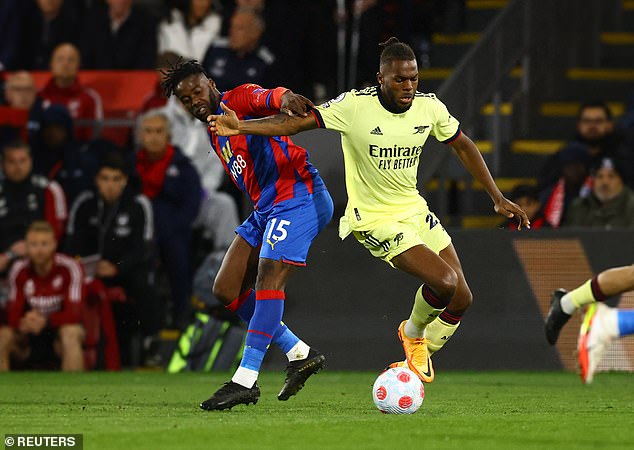 Full-back Nuno Tavares, 22, had a night to forget in the 3-0 defeat to Crystal Palace on Monday

‘We – Arsenal – have to find a solution to the left-back problem. I would like to see Saka go to left-back. I know that’s radical but I’d rather see that than [Granit] Xhaka there who will get exposed.

‘It’s about your best 11. I think Saka can still do damage from left-back. [Nicolas] Pepe would go to the right and [Gabriel] Martinelli on the left. If you’ve got an issue with a player to such an extent that mistakes are being made down that side, then you can’t play him [Tavares].

‘But I don’t think Xhaka is the answer. He certainly isn’t. They’ll be setting teams out to exploit that weakness. It won’t be long before Xhaka is off the pitch and Arsenal are down to 10 men again. Play Saka there.’

Saka has been a key figure in the attacking areas for Arsenal this season, and Arteta will not want to lose his threat in the final third.

The 20-year-old has netted nine times in 29 appearances so far this campaign, and contributed to five assists. 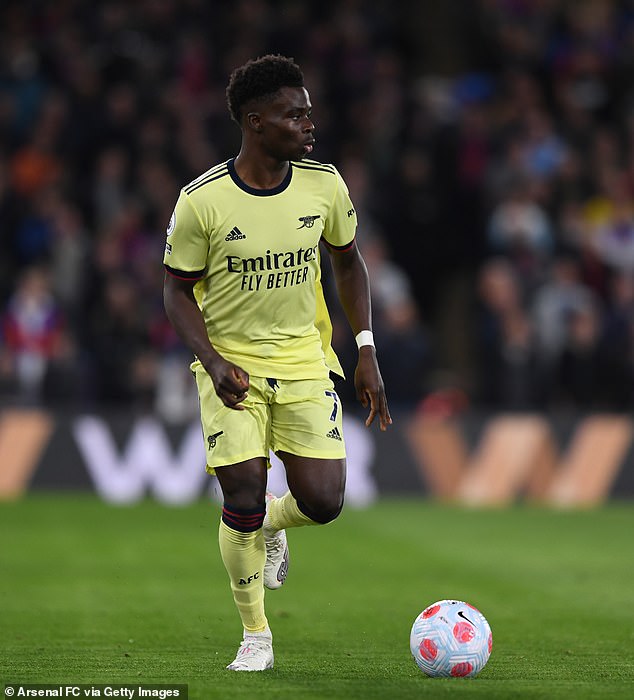 ‘Well, of course, the squad is bare,’ he added.

‘We’ve always known that. The 11 [players] that make it to the pitch can do a job. Whether it can make the top four, I did actually say that Tottenham were favourites for the top four when Arsenal beat [Aston] Villa.

‘That hasn’t really changed for me. Not because I’m not an Arsenal fan – of course I am – but you have to be realistic. 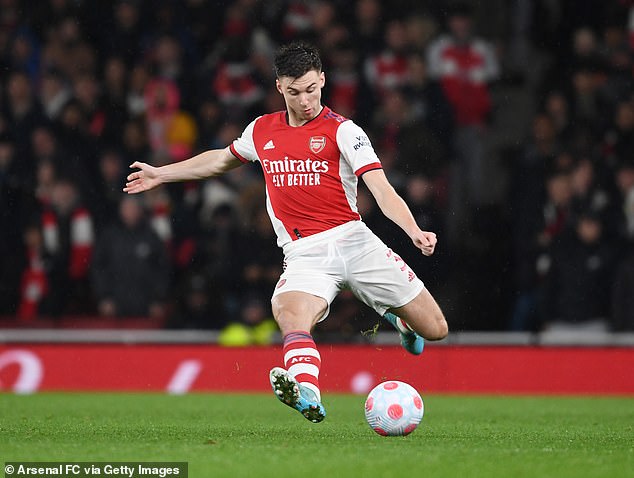 ‘That doesn’t mean Arsenal are not going to finish in the top four but this weekend you’ve got to bounce back against Brighton.’

Arsenal take on Brighton on Saturday, as they look to keep the pressure on north London rivals Tottenham, who face a tricky test away against Steven Gerrard’s Aston Villa.